This shot is from the Bank Street Bridge, taken on Monday, which turned out to be the last day for skating on the Canal. It concludes this particular series on Lansdowne Park. I was busy taking shots of the Canal and the skaters that were present; almost as an afterthought I looked back, framing the southside stands of the stadium between poles on the bridge. 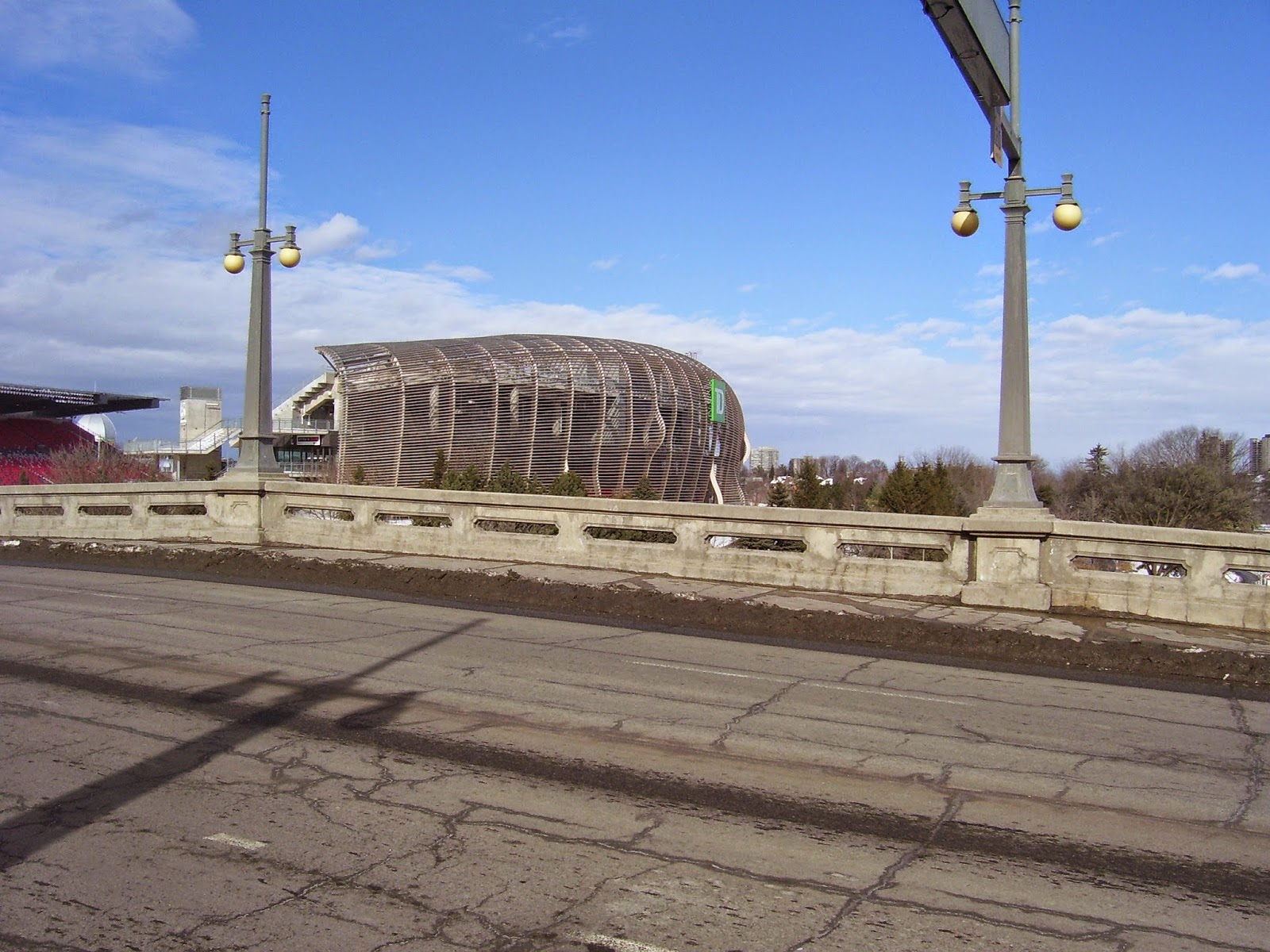 The southside stands were completely rebuilt, while the northside stands to the left got some refurbishment as part of OSEG's takeover at Lansdowne. The stadium, once named Frank Clair Stadium after a particular coach in the CFL, is now TD Place, yet another exercise in the cultural tackiness that is corporate branding. The TD Bank pays a mint to have themselves advertised in this capacity, and in fact TD Place is more prominently marked here than Lansdowne Park is on any sign. That green logo on the wooden screen is theirs. I feel sorry for people who live across the Canal and have to see a bank's logo on that abomination.

The stadium itself hosts a soccer team and a Canadian football team, the Redblacks (the OSEG brain trust insists on writing their idiotic team name in all capital letters). The arena beneath the northside stands hosts the other sports team based here, the minor league hockey team, the Ottawa 67s.

Onto other things tomorrow. I'll be less of a Grumpy Cat.