Aside from my general disdain for what's been done to Lansdowne Park, and my feeling that the negatives vastly overwhelm any positives, there were things that weren't a total disaster. The Horticulture Building was preserved. Mind you, the greedy bastards... that is, the OSEG overlords, wanted to move the entire thing out of the way of their precious retail components. City council being the way it was, they said, "why not?" And so it was moved, 140 metres to the east. 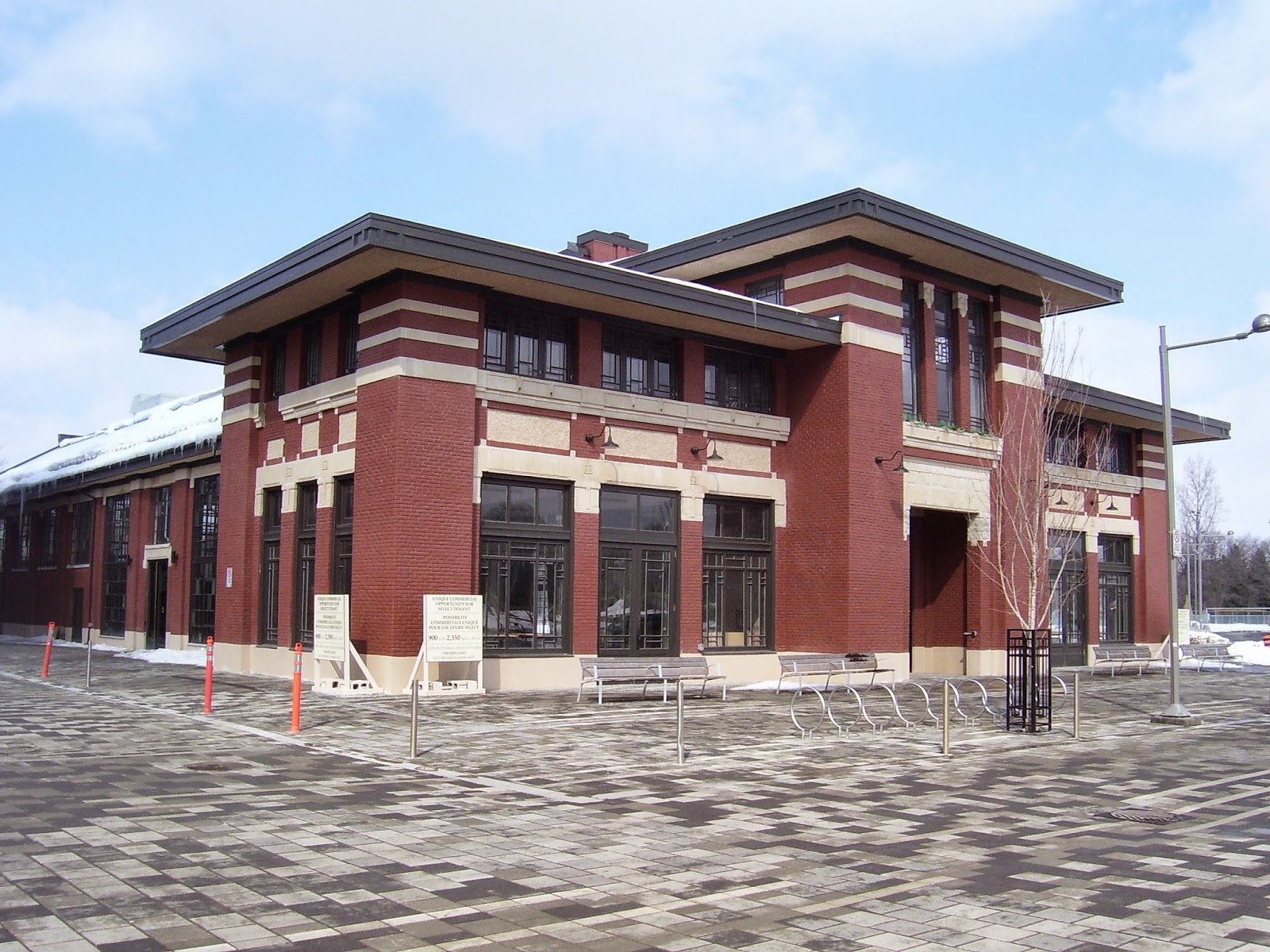 The building dates back to 1914. Built in a Prairie style, it is a permanent exhibition hall used for various trade shows. It's been restored on the outside and inside, with windows letting in a lot of light. I do like some of the touches inside, including letting some of the faded paint of the past stay as is on the brickwork. Admittedly, this is a better use of the building than what it had been undergoing before all this started, when it was used more for storage. Still, it doesn't let the greedy bastards of OSEG off the hook for desecrating most of Lansdowne. Along with the park aspect, this building, and what I'll show you tomorrow, they are the sum total of what's still good here. That's not much when you take into account the visual clutter of everything else. 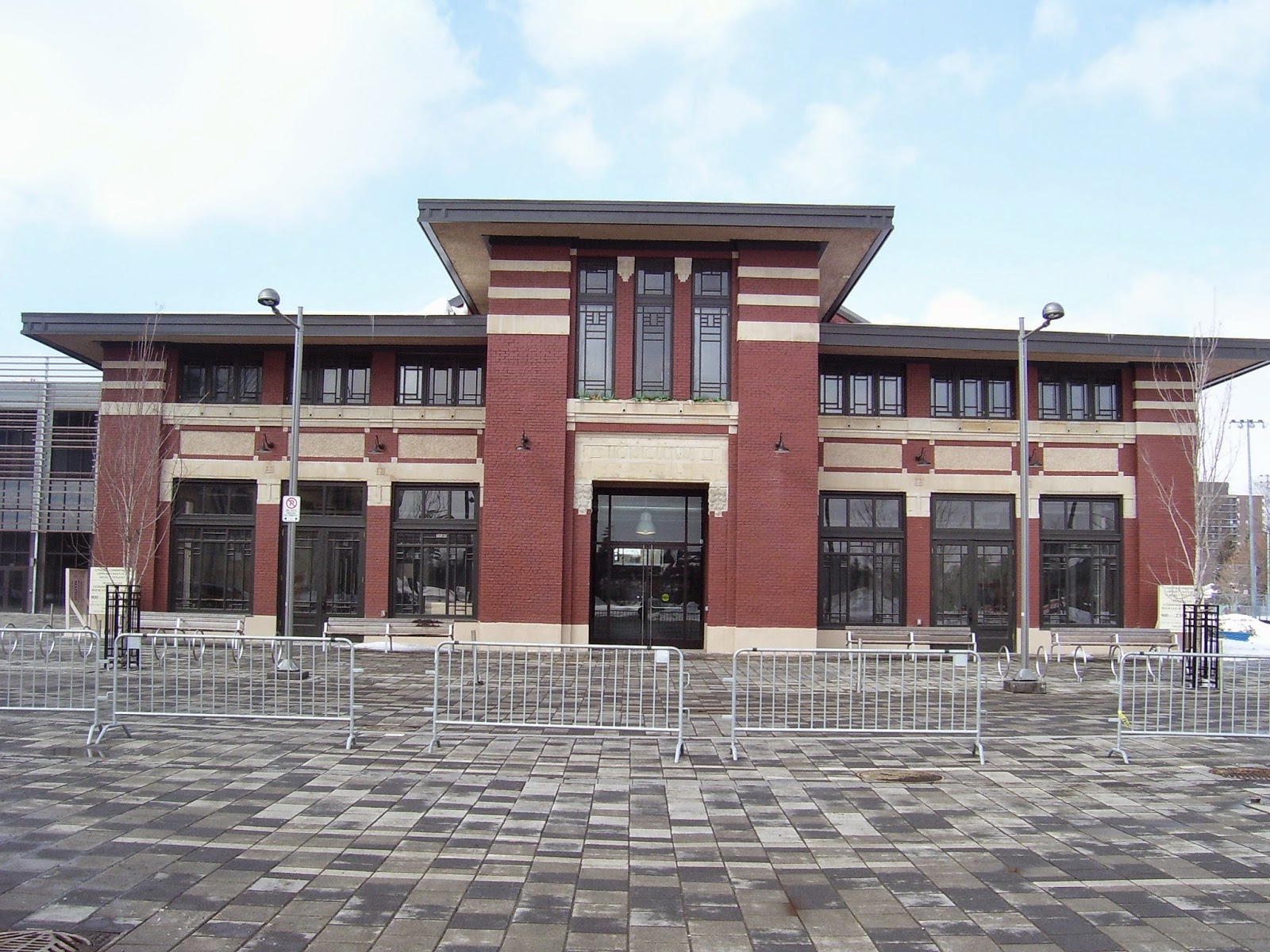