My apologies to the late, great actor Claude Rains for playing around with his dialogue from Casablanca. Unlike the former FIFA head, Captain Louis Renault had some scruples. 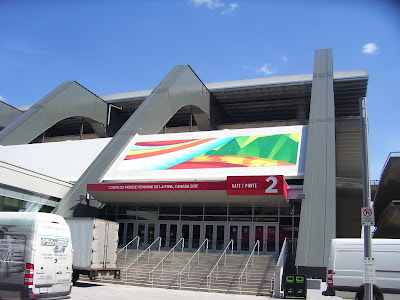 The FIFA Women's World Cup is being held here in Canada this year, in six cities across the country: Moncton, New Brunswick, Montreal, Quebec, here in Ottawa, Winnipeg, Manitoba, Edmonton, Alberta, and Vancouver, British Columbia. The tournament got underway over the weekend, with 24 teams from around the world. The Ottawa games are being played at Lansdowne Park. Oddly, one of FIFA's rules mean that the brain trust behind the Ottawa Sports And Entertainment Group (otherwise known as the Usual Suspects) have to remove or conceal any logos for companies not associated with the event. Given that the stadium is called TD Place (thanks for nothing, tacky corporate branding), and given that the TD bank is not involved in this whole thing, all those TD logos have been hidden away, including the huge one on the wood screen on the back of the stadium. FIFA and World Cup banners have taken their place for the time being. 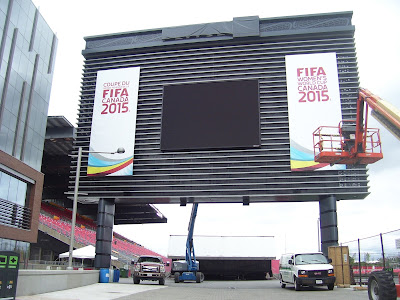 I took these shots of the stadium over a couple of different days last week. Last minute work was being done to prepare the stadium for the event. 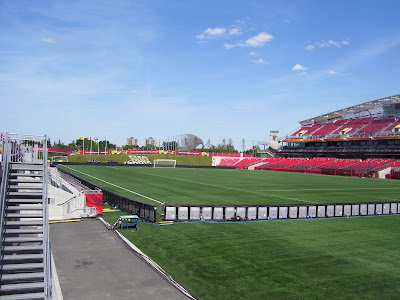 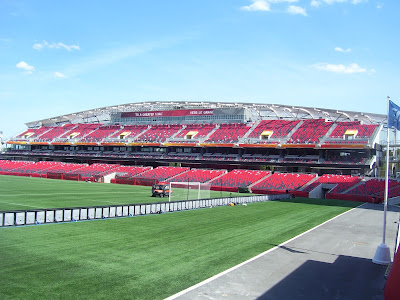 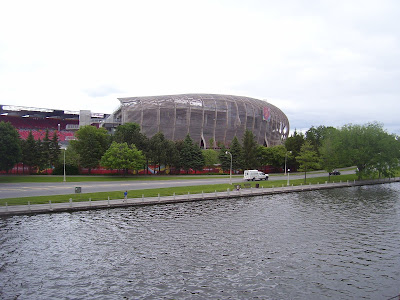