The Royal College of Physicians and Surgeons participated once again this year in Doors Open after missing last year. The organization is housed in a former convent on the south side of the Rideau Canal. It is an administrative centre as opposed to an educational college; while medical students come here for testing, they're set mostly in hospitals over a wide area. 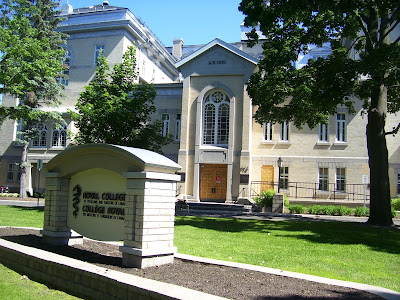 When this was a convent, this particular area was open to the elements; the College had it redesigned with a sun roof letting in a lot of light. It is now the main entrance of the largest building on the property. 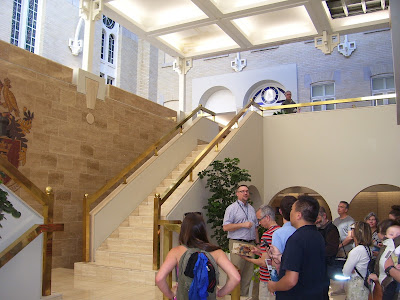 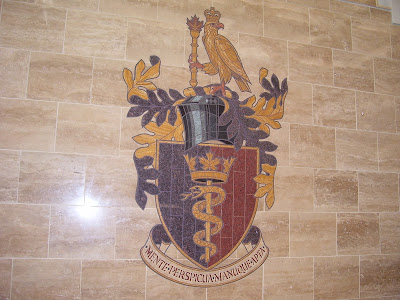 This spiral stairs is in what is now used as a library space. In the convent days, this was one half of a chapel for the nuns, who lived in seclusion. One wall was open so that during mass, the priest could be seen by the nuns as he preached in the adjoining chapel, which was open to the public. 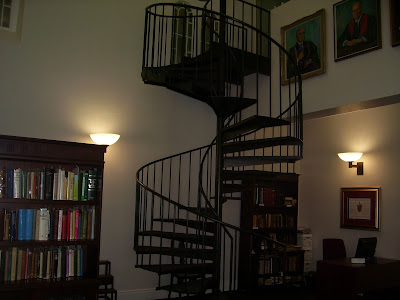 That second chapel was through this doorway. The space is now used as a conference hall, and the stained glass windows have been preserved. 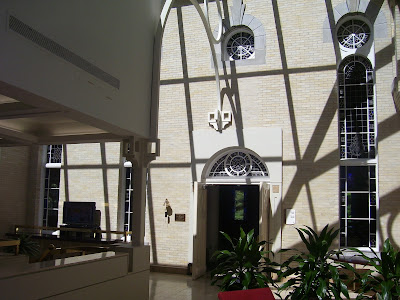 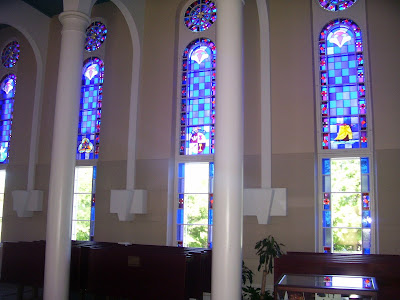 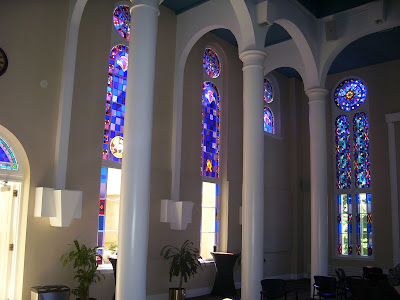 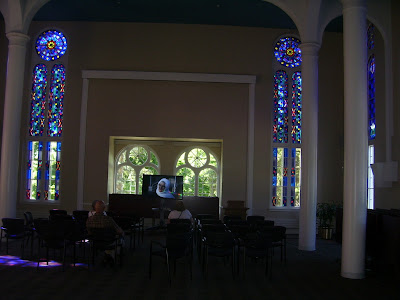