A Farewell To Earnscliffe

I am finishing off my Earnscliffe series- as well as the Doors Open series today. This terrace is a nice spot for some shelter from a summer sun. Some of these details on the property and inside might be from Macdonald's time, but others have been more recent. Inside, the house is beautiful, with one of the rooms set aside- Macdonald died there, and it's largely still set up in the same way as in that time. Another detail inside that I liked was a portrait of a little girl above a comfortable bench on the second floor landing, with a view of the rooms below. Macdonald and his wife Agnes had a daughter, Mary, who had developmental and mobility issues, and Macdonald had the space set up for her so that she could see visitors arriving at the manor to come see her father. 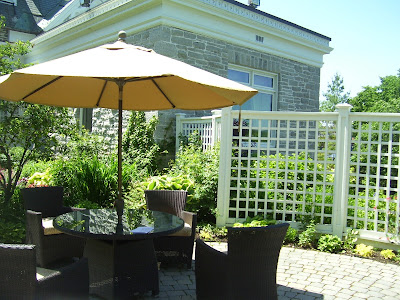 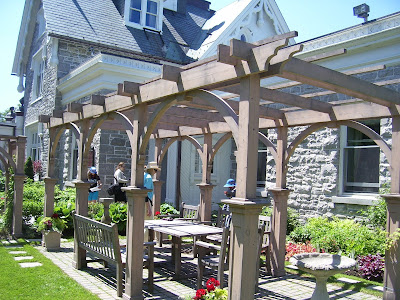 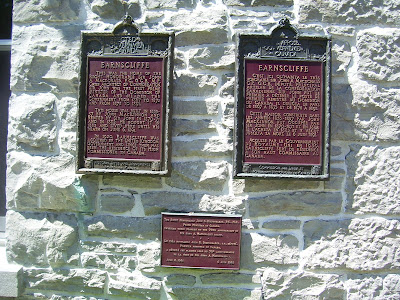 Since Doors Open was in early June, the lilacs were still fresh on the trees at Earnscliffe. It was such a pleasure to visit the place, which has regularly been on the Doors Open circuit, but which I had never gotten to before. 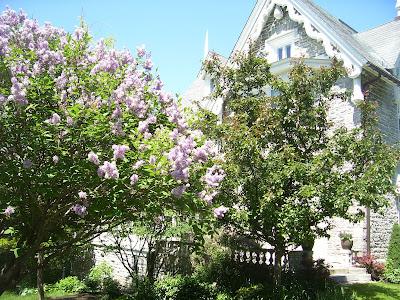 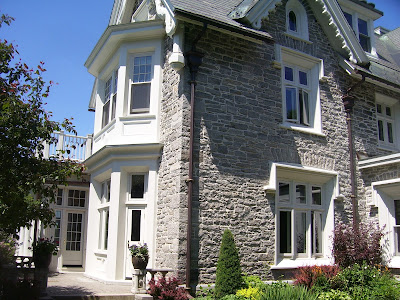