Coming Of The Opposite is the title of this 1972 acrylic by Alex Janvier, which examines the opposing forces- namely the coming of white people- intervening in First Nations lives. 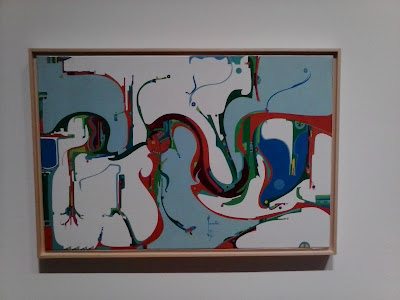 Trial And Error is a 1972 acrylic, the centerpiece of five paintings that were grouped together. 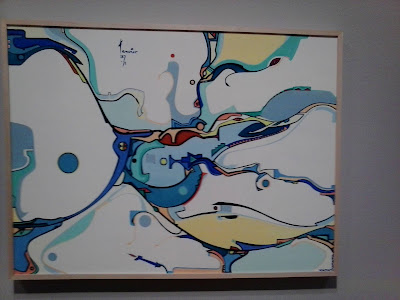 To its left were two paintings: 1972's Abstract and Gallery Goers from 1964. To its right were two other paintings: Three Centres and Roses & Thorns, both from 1964. 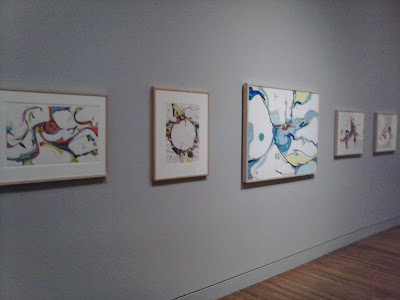 I mentioned yesterday that Janvier had exhibited with other Canadian First Nations artists as the Indian Group of Seven in the 1970s. They also counted the artist Bill Reid among their number as the eighth member of the group. In 2011, Janvier painted a series of large acrylic paintings, each of them named after a member of the group. These first two are Alex Janvier and Joseph Sanchez. 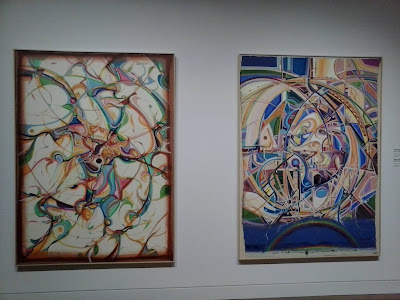 This pair are Eddy Cobiness and Carl Ray. 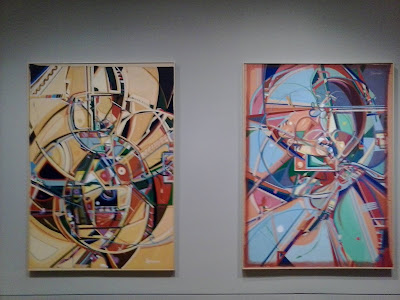 And these complete the series of eight. Jackson Beardy, Norval Morrisseau, Daphne Odjig, and Bill Reid are all strong examples of his recent abstract works. 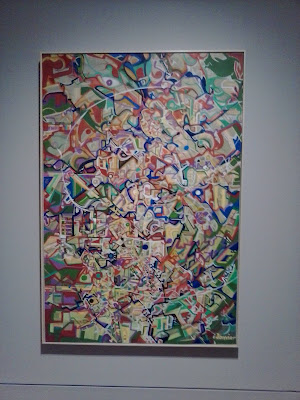 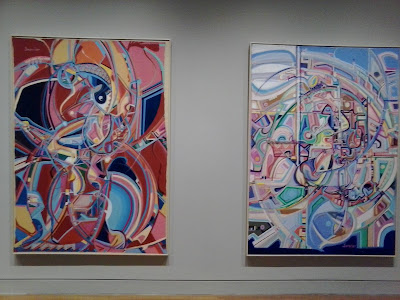 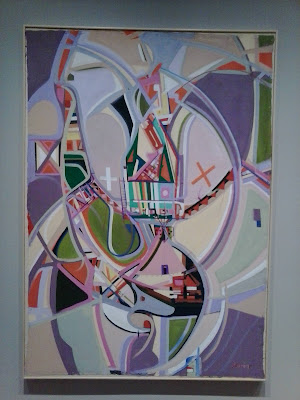 I am finishing today with The Sky Beings, a 1974 acrylic reflecting spiritual beliefs and using circles, something that comes back time and time again in his work. 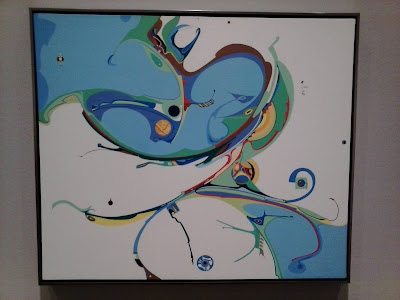