The Waterfalls is an oil painting by the French artist Gustave Courbet, done around 1872. It was one of his last landscapes in France before seeking asylum in Switzerland. 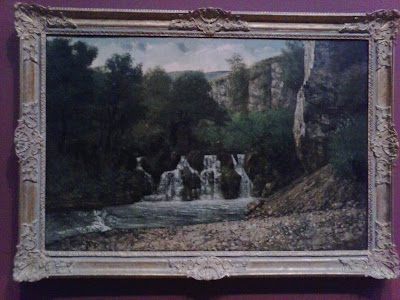 Here we have another example of using the Gallery spaces to frame shots. 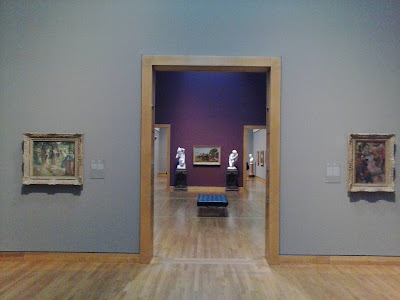 The painting at the left in the above is this one. Hay Harvest At Eragny was done in 1901 by the French artist Camille Pissarro. The oil painting depicts life along the Epte River in France. 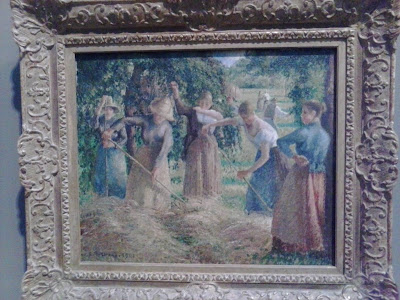 This is a new acquisition for the Gallery. Sunshine In The Drawing Room is a 1910 oil painting by the Danish artist Vilhelm Hammershoi. It is the last of four paintings the artist did set in his living room in Copenhagen where he lived with his wife. Hammershoi was inspired by the work of Vermeer, and tended to depict the room in a spare way. By having the woman sit with her back to the artist, we're left to wonder at her identity and what story might be at play here. 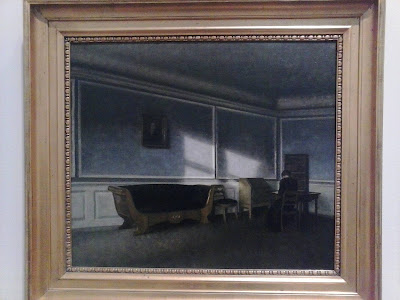 Vase With Zinnias And Geraniums is the title of this 1886 painting by Vincent van Gogh. 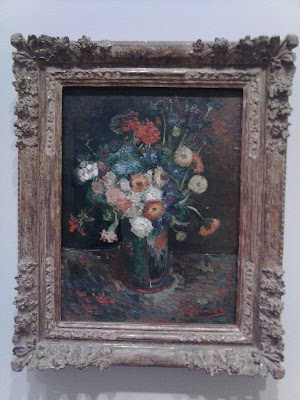 Hope I is an oil painting done in 1903 by the great Austrian artist Gustav Klimt, leader of the Vienna Secession movement. He held this back from the movement's first exhibition, as he felt the painting, depicting a naked pregnant woman, would distract from the work of his colleagues. Klimt strongly contrasts the idea of new life with what else is on the moody canvas- the destructive forces of death and disease above and around her. The painting is influenced somewhat by the death of his infant son the previous year. I chatted with a docent about this one and some nearby paintings; given the history of other Klimt paintings and the Austrian government, the Gallery has been very careful about the provenance of this one. 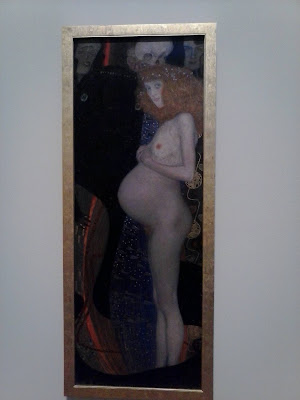 Marsh Meadows, Cookham caught my eye. It's a 1943 oil painting by the British artist Stanley Spencer, depicting a country scene near Cookham, with the Cliveden Woods in the background. Spencer tended to limit the number of his landscapes, preferring figure composition, so this was the only landscape he painted that year. 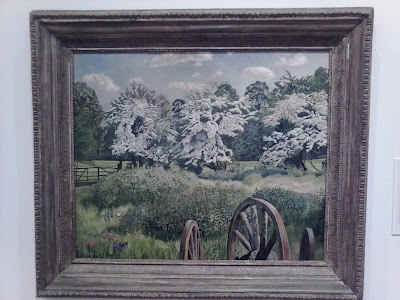 Sappers At Work: A Canadian Tunnelling Company is a 1919 oil painting by the British artist David Bomberg, depicting the digging of tunnels during the First World War as a means to advance on the enemy. 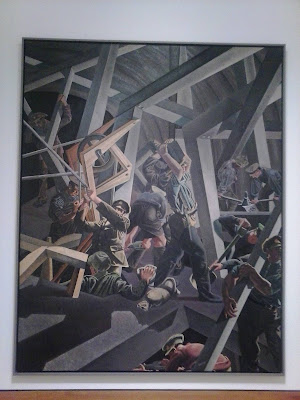 The Welsh artist Augustus John painted this portrait of T.E. Lawrence in 1935. Lawrence is known to history of course as Lawrence of Arabia. 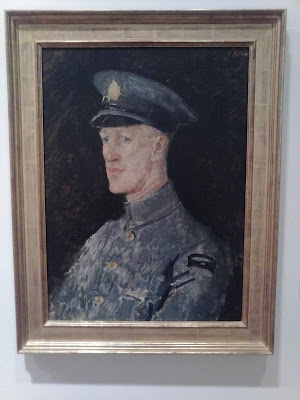