A Sunset Military Ceremony On The Hill

Before getting started, a note to my fellow bloggers: there has been a Thai spammer, or spammers, getting past spam filters in multiple blogs, especially photoblogs, in the last couple of weeks. If you've seen comments from Srun Por, Ly Heng, or Koi Seo, they're getting into your posts and leaving comments with a spam link. They're even copying and pasting comments from one of your readers and passing it off as their own. I encourage you to delete them and to report them as spam profiles.

To those spammers, whatever fake name you come up with next, understand this: your comments will be sent to the spam folders by me post haste every single time you get past the spam filters. So it won't last long. Go find something else to do with whatever passes for your lives.

Now then, that behind us, let's move on to today's post.

Fortissimo is an annual tradition on Parliament Hill, taking place on a weekend in late July on the lawn. Military bands march together in a sunset ceremony, consisting of the Ceremonial Guard, other members of the Canadian Forces and guests- this year it was a group of retired U.S. Marines and a group from the German military participating. The concept is called beat retreat, a tradition that dates back to walled cities and the closing of the gates at sundown, and features a mix of music, centered around a performance of the 1812 Overture, brass band style, incorporating cannons and the bells of the Peace Tower. I have videos of the event as well: Bagpipes, music from the Pirates Of The Caribbean score, a portion of The 1812 Overture, and the anthems. 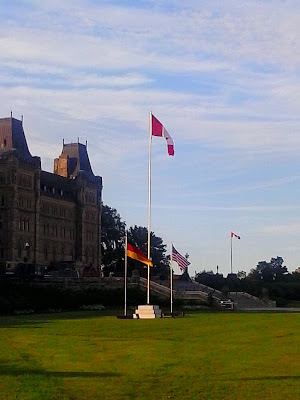 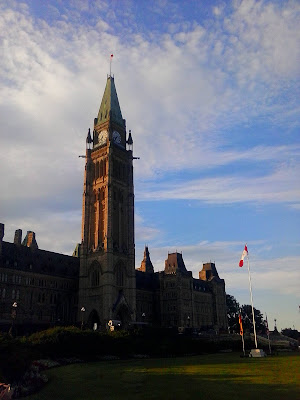 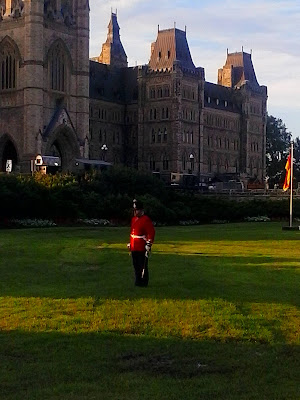 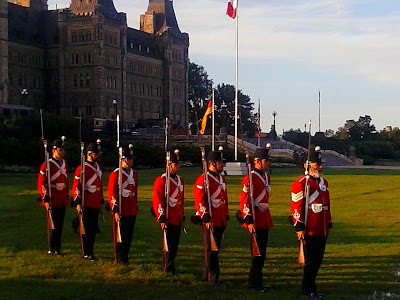 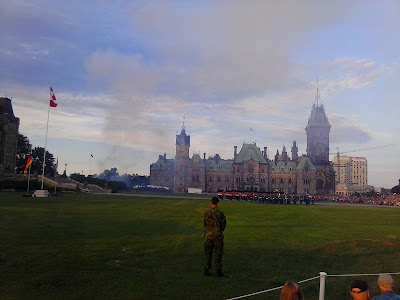 After it's all done, there is a march out of the participating troops off the Hill. 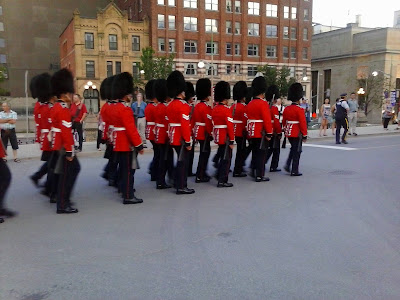 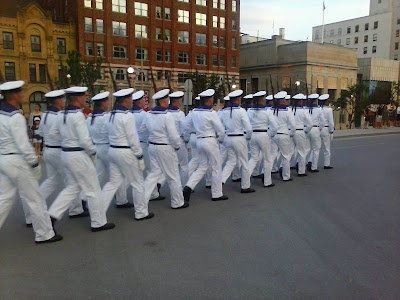 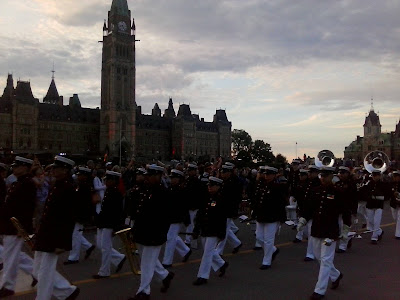 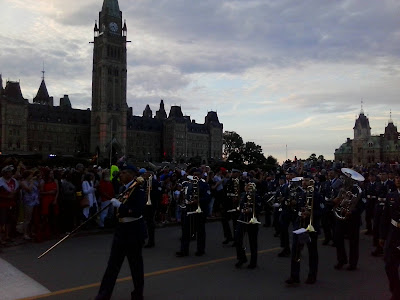 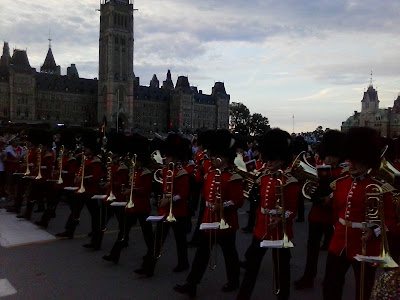 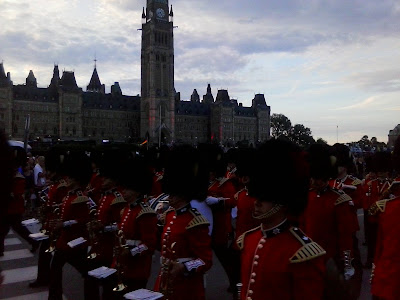