All Fluff And Feathers

This large rabbit was in the Small Animal Barn at the Museum. His name is Alfred, and he's a Flemish Giant, born in 2013. I caught him at a couple of points during my visit. 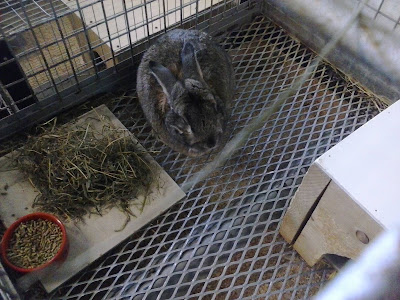 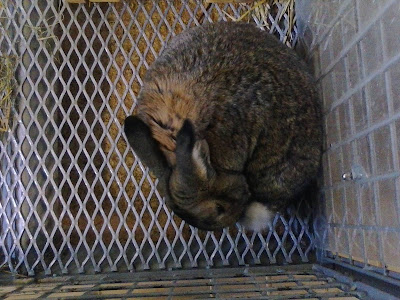 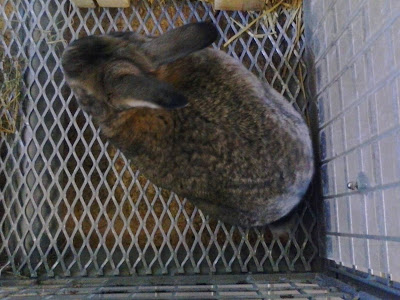 My visit having had taken place on the Easter weekend, rabbits were a big part of that, and one of the rooms in this barn had some in their enclosures, while Museum staff were having others, especially babies, in hand. This first one looked quite zen like. 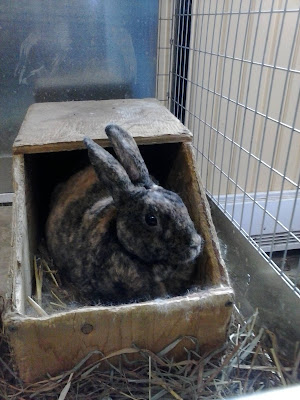 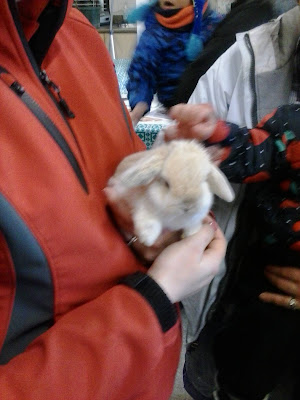 Here we have one of the panels in the room, explaining the differences between rabbits and hares. 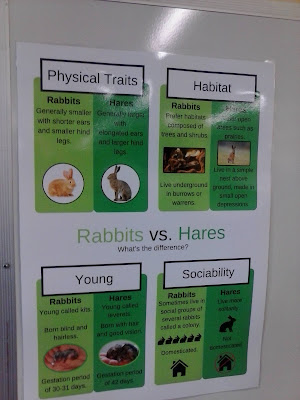 This mother and trio of newborn kits are Netherland dwarf rabbits. The babies were born on the second of March, so they were less than a month old at the time of my visit. 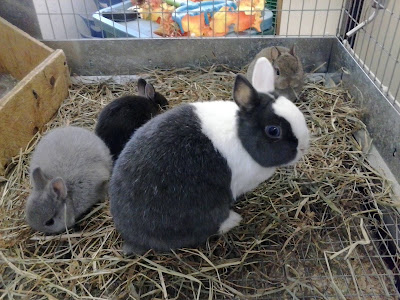 This mother was with her kits, which from their size would also be from the last month. 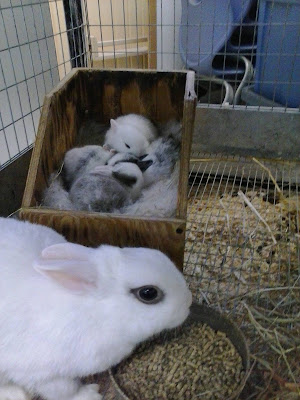 One of the Museum staffers was holding this little one. It's a Lion Head rabbit, five weeks old. He said they're quite comfortable being held for awhile, and he would soon put the kit back with its mother and take out the other one for awhile. 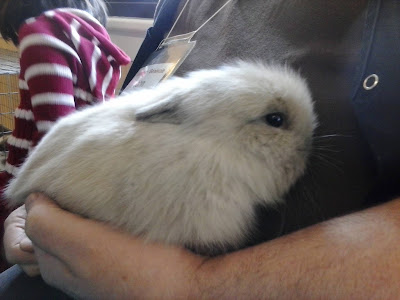 The mother and the other kit were in the cage next to them. 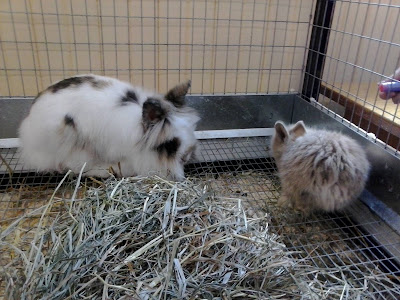 This trio of chickens were also present in the barn, close by Alfred. One was preening as I was photographing. I expect this trio, along with other poultry I came across during my visit, spend time in warmer weather out in the poultry house, which I'll show you later on in the series. 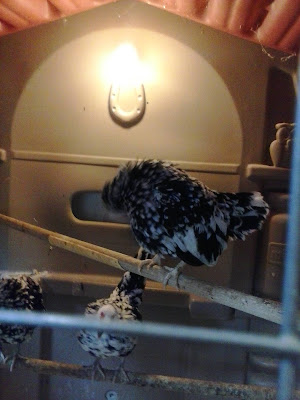