Around the displays about the Franklin Expedition, walls in this area were covered with reproduced paintings of life on a British frigate in the mid-19th century. 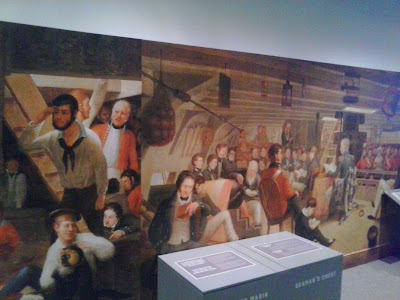 This display case contained items of leisure time- plays to be performed, musical instruments, or games to be played. 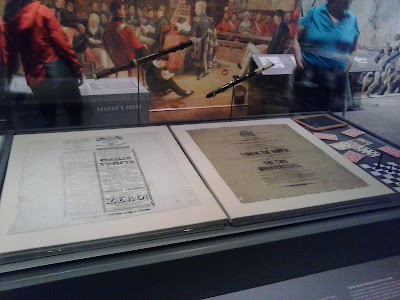 This display case held two items. On the left is a cat o'nine tails, used for discipline. On the right is a sailmaker's palm, used to protect the hand while pushing needles through thick canvas. It was found on King William Island in a boat abandoned by the expedition. 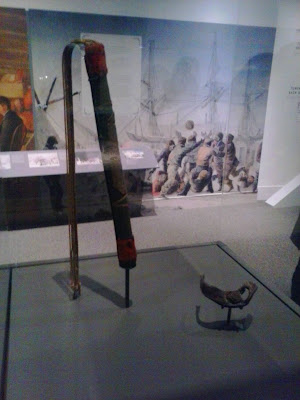 More bits and pieces- salt pork bone, remnants of a tobacco pipe, needles, and the lid from a tin of preserved potatoes are seen here. 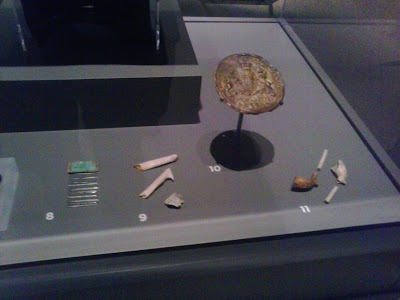 The age of Arctic exploration produced items like tableware and art, depicting the forbidding wilds of the far north. 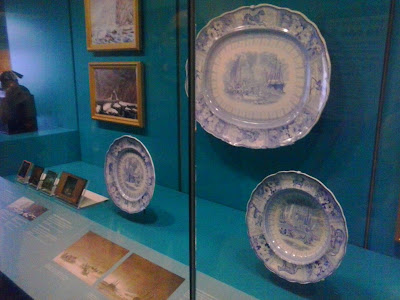 This item, a lantern slide, made it possible for European audiences of the era to get a look at the Arctic from the comfort of a lecture hall. 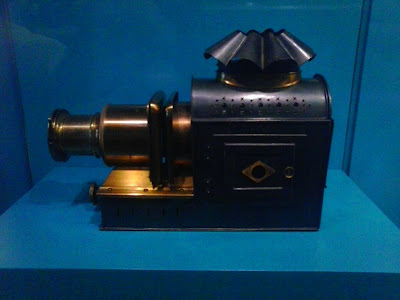 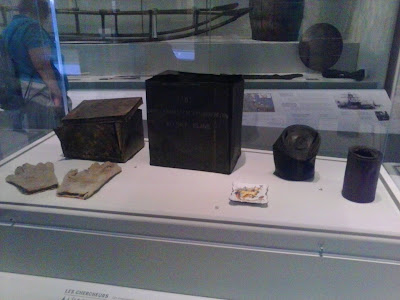 It was noted at the beginning of the exhibit that a portion of this would have graphic discussion and photographs of death. This section was off the main path of the exhibit, with another warning before you stepped in. What happened to these 129 men? Some graves were uncovered as part of the searches in the decades after the expedition vanished into the mists of time. Diseases, starvation, and exposure would have played their own parts. Cannibalism is examined- a sign of how desperate things were for the men after they became trapped in the ice and ultimately abandoned their ships. Archaeologists continue to ask questions, some of which might never have answers. In this section, I chose to only photograph this panel- a nearby panel featuring large photographs of three men who died early on in the expedition and whose remains were found some decades ago have the look of mummification. 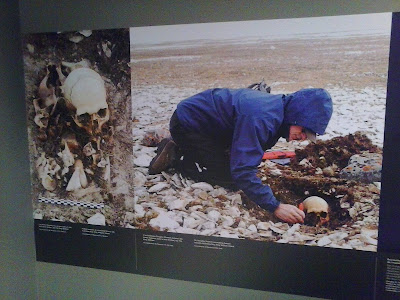 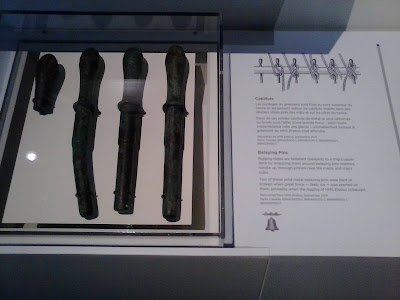 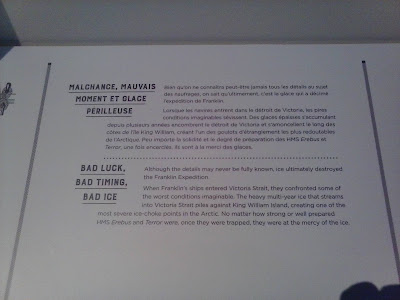 The Erebus and Terror remain in Arctic waters, and have been designated a National Historic Site. The British government, which might have had a claim to the wrecks under maritime law, have agreed to retain some of the relics as well as repatriation of any further bodies discovered, but turned over formal ownership of the ships to Canada in 2017. The story of the expedition and its mysteries has lived on in books, art, and even music. The Canadian folk singer Stan Rogers wrote the iconic song Northwest Passage, and there's a recent television series, The Terror, that has adapted a novel based on the story.

The last section of the exhibit takes place under lighting that has the effect of feeling as if you're underwater. A square metre of the debris field is reproduced here. 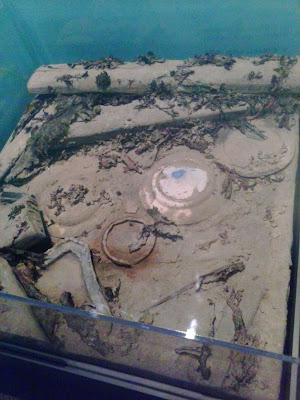 One of the ship bells is also present. 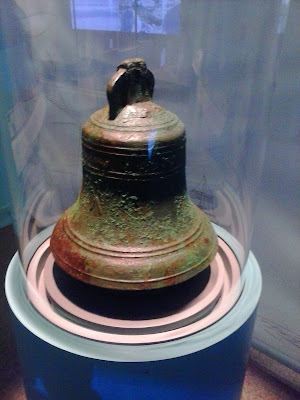 And I finish with this large photograph of a research diver working at the site of one of the wrecks. 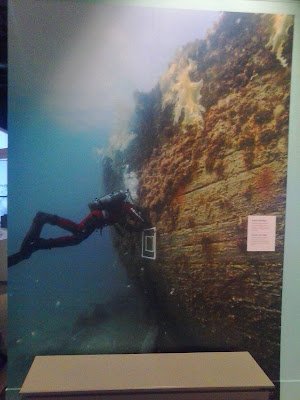