The 27th annual Buskerfest took place here from August 2nd- 6th along the Sparks Street pedestrian mall downtown. With five stage areas set up, two or three of those stages would be active at any given time for a half hour, while buskers were setting up for their next show at the inactive locations during that same time. Around twenty different acts from Canada and around the world were involved, and it was a hot weekend. Here we have a view near Bank Street. Crowds were out, despite the heat. You'll note over the coming posts that sometimes there are few if any people in the background behind the buskers. It's not that they didn't have an audience, it's that their audience took sanctuary in the shady side of the street. 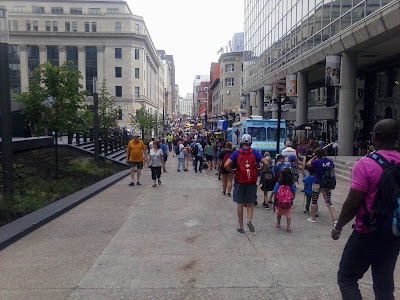 One of the additional features was a circus school, where passersby could have a go at some of the tools of the trade of buskers, including the diabolo, a classic circus prop that is a variation on the yo yo. 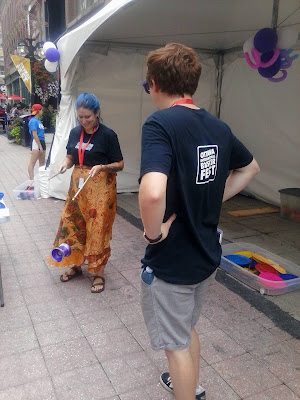 Canadian Mike Wood was one of the acts, and MCed the finale of the weekend. I caught him in the evening early in his routine, using a couple of audience members to test their memory of their first date and other matters, asking questions and having them answer by holding up signs- him, her, and me- as to who did what. Mostly this husband and wife were in sync with their answers. 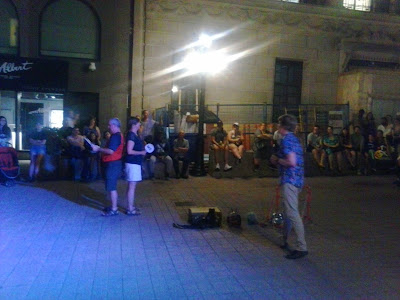 A large crowd were around the Sisters of Spin, an Australian duo, Grace and Satya, whose act involves hoops and fire tricks. I caught them on a couple of evenings, as well as one of them in a solo act, which I'll show later. 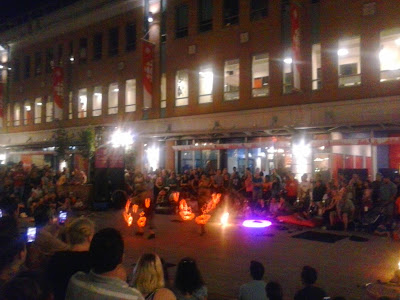 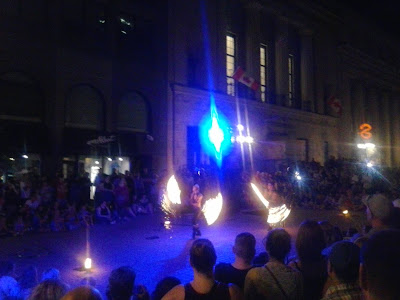 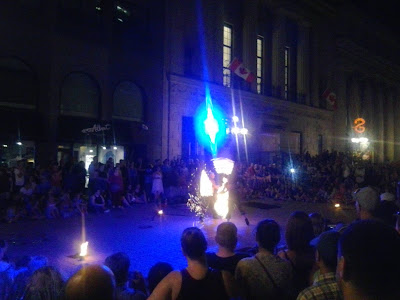 There were a number of group shows offered during the festival, with a couple of them being paid performances at one of the local hotels. That included a Buskers & Burlesque show. Here was the sign for it. 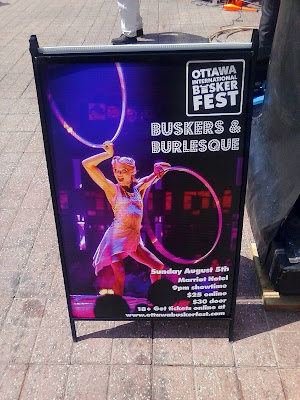 Aerial Antics was part of Buskerfest. I'll show you their act coming up, but I had a chance to chat with a couple of their members in between sets. I also photographed one of the long fabrics that they use in their act, knotted up in preparation for take-down of the apparatus. One of the group members can be seen reflected in the window. 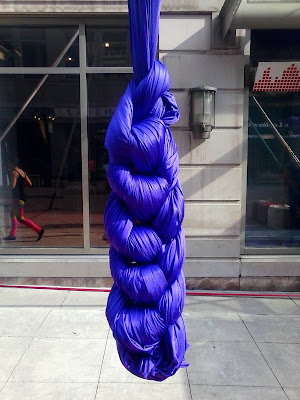 Canadian busker Rockabilly Joe does acrobatics, juggling, and other tricks, using a 1950s rock sensibility to his performance. Here we have him during one of his acts. 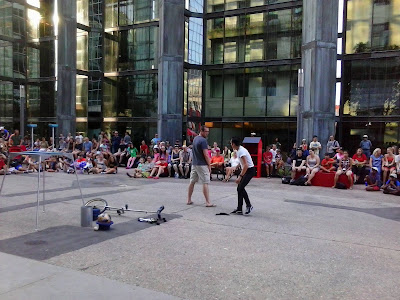 He also took part in the finale group show on the last evening. He brought a group of kids out of the audience, had them line up, and somersaulted over them. He was going fast enough that he shows up as a blur in these two shots. 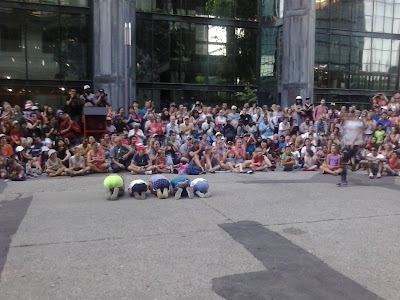 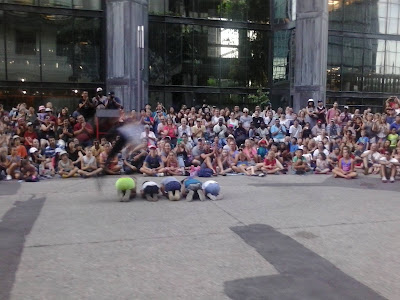 Reuben DotDotDot is the stage name of this Australian acrobat who starts off with balances on stands and proceeds to getting up high on poles. 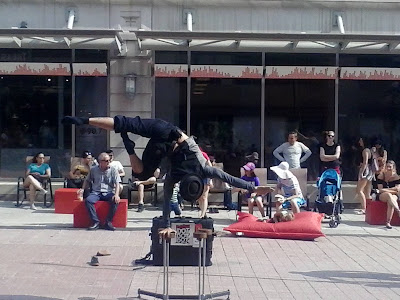 Victor Rubilar participated as well throughout the weekend. Hailing from Argentina, he juggles, dances, flirts, and here is in the midst of telling a story about a woman he met and the dance moves he used to win her affections. 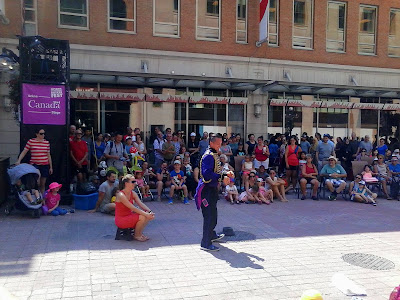 I leave off today with Les Dudes, a Canadian team who do circus tricks in combination with music. Two of the three members of the troupe took part in Buskerfest- Philippe and Senja. Here their act involves him juggling while balancing a teddy bear high overhead on a chair mounted to a stick- and perched on his nose... all while she plays the ukelele. I'll show you some of their act when I finish off with the group finale show. 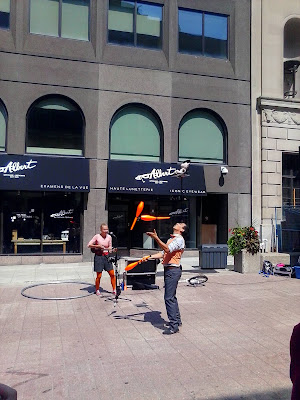