Last weekend was exceptionally busy for me, with both Buskerfest and the event I'll be showing you over the next few days. Last Monday was the Civic Holiday, a holiday in some provinces; in Ontario it goes by several different local names. In Ottawa and towns along the length of the Rideau Canal, it is called Colonel By Day, in honour of John By, the British military engineer who oversaw the construction of the Rideau Canal from 1826-32 and is thus considered the founder of the city. Today, By's accomplishment is a UNESCO World Heritage Site, a superb waterway that connects the Ottawa River to Lake Ontario at Kingston in a two hundred kilometre stretch that makes use of natural rivers like the Rideau River and compensates for barriers including elevation changes, shallow waters, and other obstacles with canal sections. It's an effort that should have gotten him a knighthood, though he was heavily criticized in Britain for going over budget (all while the project had allowed him to make decisions on his own initiatives). By understood that the initial concepts for the Canal didn't reflect the reality on the ground, and so his design was different, allowing for deeper and wider channels and facing the challenges of the terrain, things that hadn't been taken into consideration in London. Despite being allowed to take the initiative in the project, he was forced into retirement without commendation.  History has more than vindicated the Colonel, who died only four years after his return to Britain under a cloud of controversy, and was buried at a church called St. Alban's in the village of Frant, Sussex. Those of you in Britain might want to seek out his final resting place sometime.

This statue of the Colonel stands in Major's Hill Park, overlooking his achievement. The last time I featured it, it was during the Tulip Festival. Plants lasting the summer replaced the short-lived tulips. 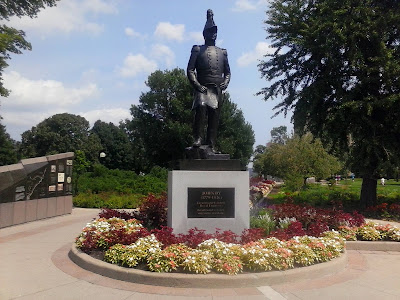 Here we have a view looking north from Plaza Bridge over the Ottawa Locks, where the Canal meets the Ottawa River. Parliament Hill is to the left, while the Chateau Laurier is at the right. Here the Canal goes through eight locks and over twenty four metres of elevation to bring boats down to the river. The building on the left is a lockmaster station dating to the latter 19th century. Further down is the old Commissariat, which today houses the Bytown Museum. That was the focus of activities on Colonel By Day. 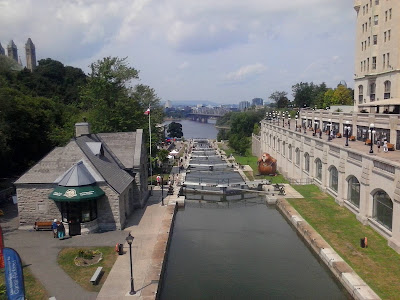 This is actually my first shot of the visit- the above shots were done after I was finished down around the museum. Four pleasure boats are waiting in a lock. By's project was a military measure that rose up out of the War of 1812- the need for an alternate route between the St. Lawrence shoreline and the Ottawa Valley- but has become a recreational route in the present day. 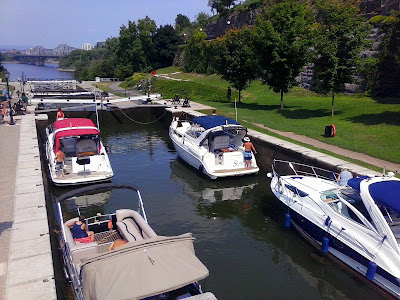 The Commissariat is the city's oldest stone building, originally a storehouse and headquarters of sorts for the Colonel and those working with him. The Bytown Museum, founded in 1917, moved here in 1951. It is strictly speaking a local history museum, but given its location and some of its artifacts, part of the national story is here. It also harbours a few ghost stories. 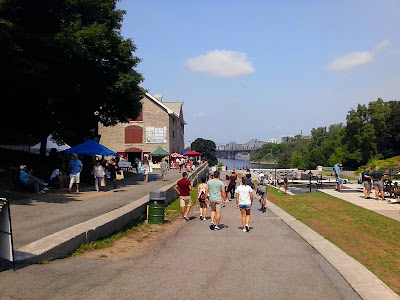 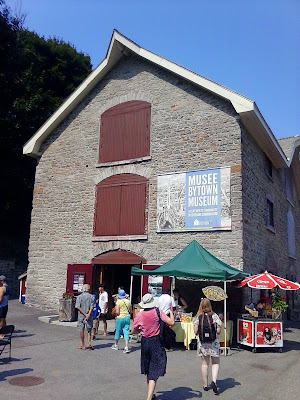 It is typical on this occasion for musicians to be performing near the building. While I was here, it was the piper and drummer, with Highland dancers accompanying them. It was an exceedingly hot day- so much so that the historical re-enactors of the 100th Regiment of Foot, who regularly appear here on Colonel By Day to do musketry demonstrations, were positioned at various spots inside the welcome air conditioned interior of the Museum. 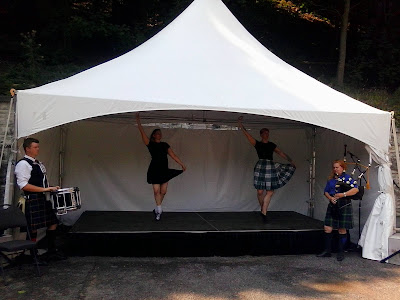 This view looking east across from the Museum takes in the foundation of a building that once stood on the opposite shore. Up above, in the gap between trees, Colonel By's statue is standing in the park. 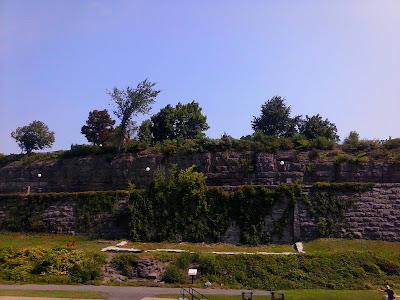 The building was solidly constructed, with thick stone walls, enough to stop cannonfire of the era. This vault one can see on the ground floor was used to store gunpowder and the payroll for the work crews of the Canal during the project. 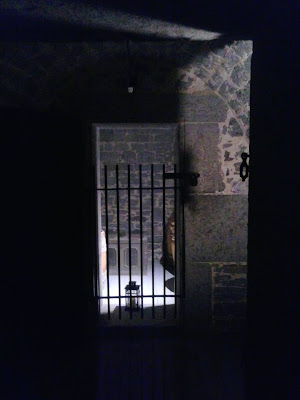 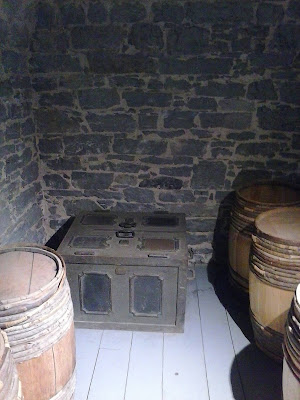 This is a model diorama of the locks outside; buttons on the panels can be used to open the gates. 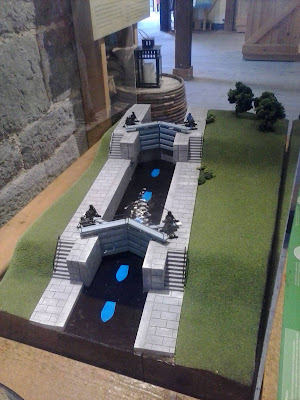 Display cases feature period tools, such as these surveying instruments. 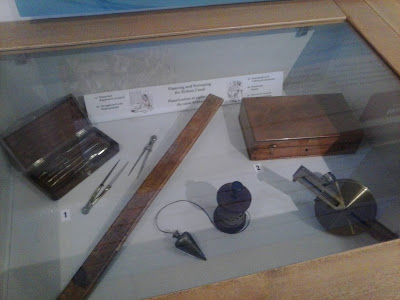 Panels on the walls explore the Canal's history and current status. 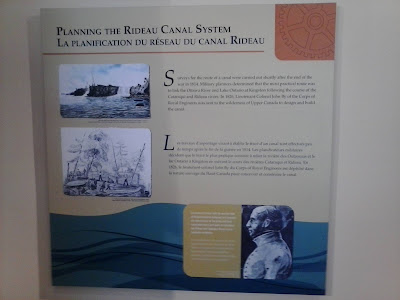 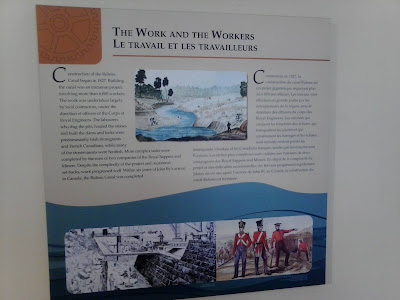 The bulk of the Museum's collection, however, is up on the second and third floors. And I'll leave off for today with the first thing one sees- stone tools of the First Nations peoples who have lived in the Ottawa Valley for ten thousand years. 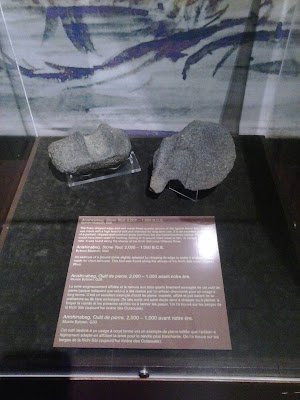