Commissioners Park at Dow's Lake is the largest site for the Tulip Festival, and some days after my post from yesterday I came through to see the tulips, most of which hadn't opened up yet. But there was colour to be found. I started at the south end of the park, where the Rideau Canal widens into the lake, and where several houses are probably the backdrop for thousands of photos this time of year, every year. 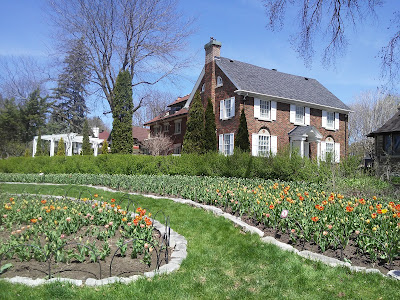 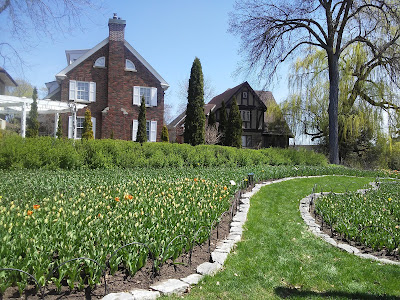 On the west side of the footpath here are several beds which are always the first to bloom. Such has been the case this year. 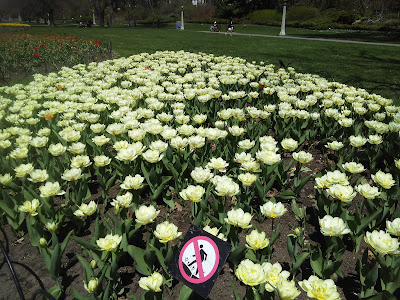 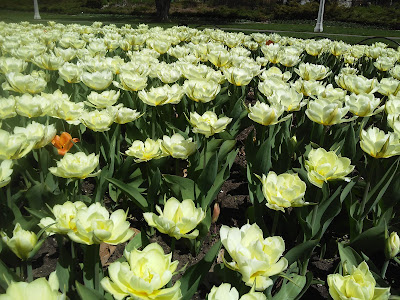 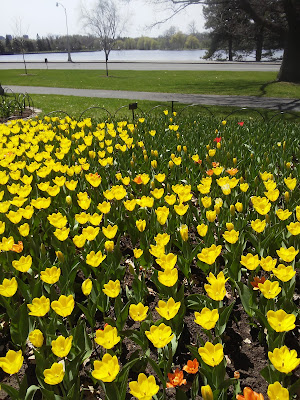 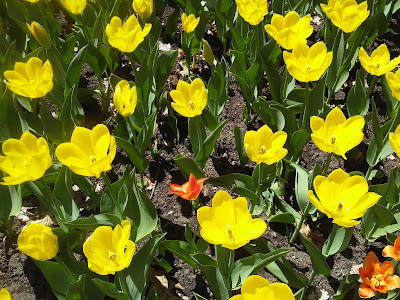 I continued along. This bed along a low stone wall had some tulips already coming out, others yet to come. The plantings are staggered deliberately so that tulips will generally bloom on a staggered schedule, as opposed to everything at once. 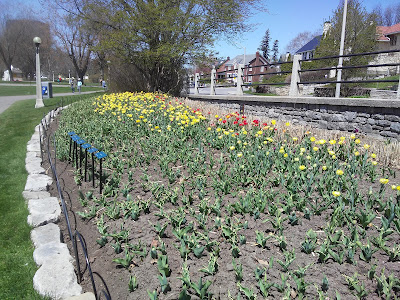 Further along, one of the largest standalone beds had a lot of green, but not blooming tulips yet. 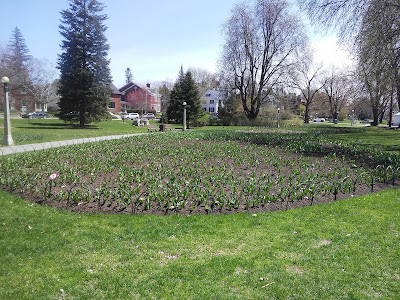 Some colour was starting to show in this bed on the north side of the park. 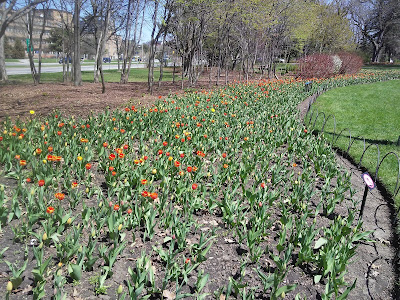 As well as this one. 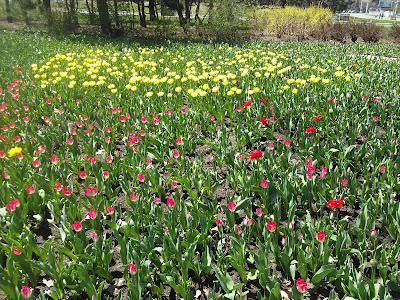 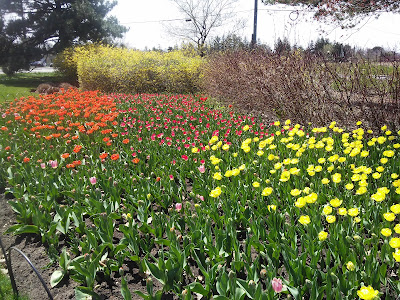 I finish at the west end of the park, where the tulips were coming along. Companion muscari, a small purple flower, is often found beside tulips, as is the case here.
Tomorrow we start looking at a visit some days later, when more of the tulips were showing themselves. 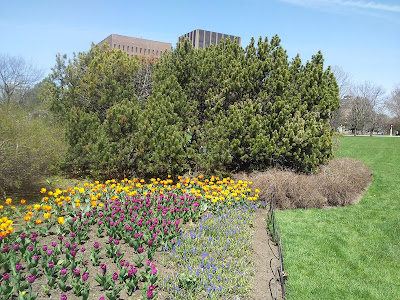 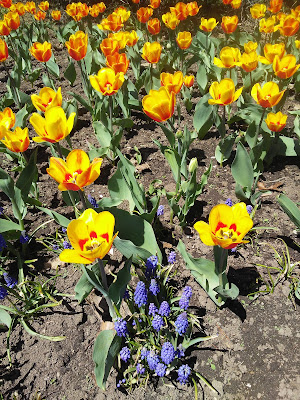