Today and tomorrow I have some odds and ends shots from the last few months. I start with a couple of views of a church in Westboro, taken at the beginning of February. Two churches share the building: All Saints Anglican Church and First United Church. 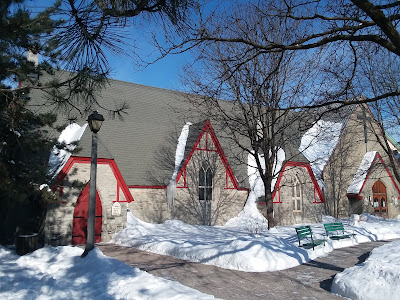 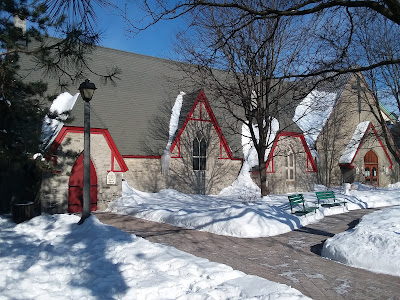 On an early February day coming off the Rideau Canal at Lansdowne Park, I photographed this LED banner with changing signage. The quote was much needed: this was the first few days of the occupation by the infernal band of misguided nitwits and white supremacists otherwise called the trucker convoy. A short walk beyond, the Aberdeen Pavilion stands in the heart of Lansdowne. Beyond it is the stadium, quiet on that day, but soccer has already started its season, and the CFL begins its preseason later this month. 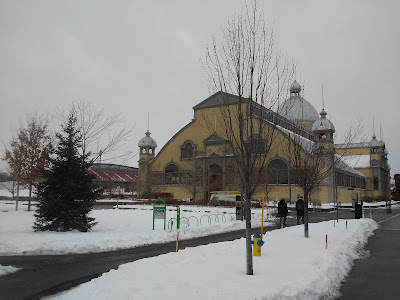 Later in February I crossed the Alexandra Bridge into Gatineau. The frozen Ottawa River below is still not something I would walk across; the river is treacherous, and there's open water upstream. 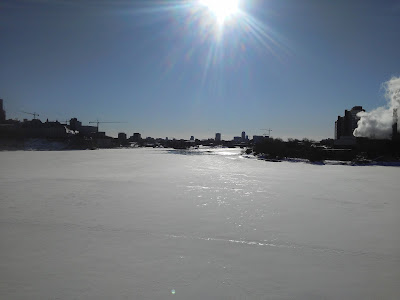 I had decided that day to pass through to return to Ottawa by the next upstream bridge. My route took me past the Canadian Museum of History. The architecture always appeals to me. 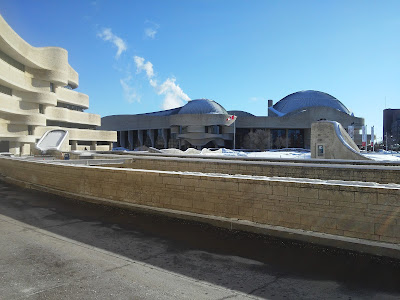 In between the two wings of the Museum, this view across the river is an iconic one looking towards Parliament Hill. 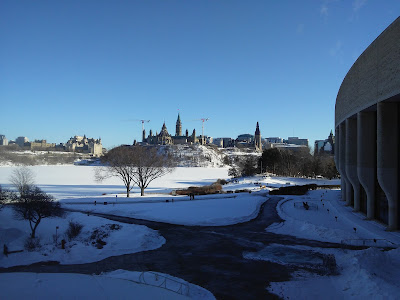 A bit of history along the way, in the form of an old plaque. When the museum was built here, much of the industrial buildings on site went. An exception is still present: a digester tower, seen in the background. 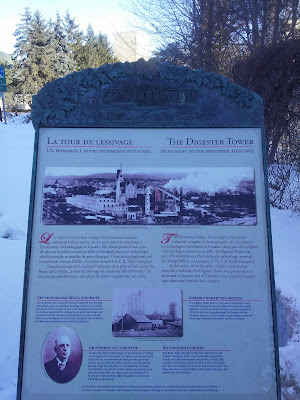 My path took me back to the Portage Bridge. There I looked back and photographed parts of the Portage complex, a series of government office buildings. 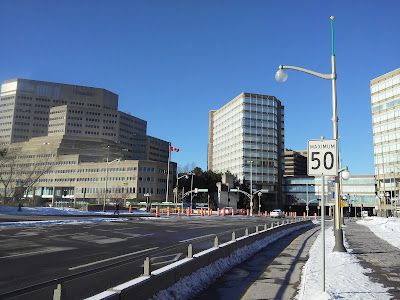 The same church I started with in this post, but on a different day. On the first of March I was back in Westboro. 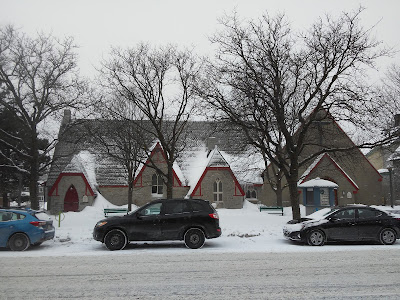 Some days later I was on the viewing platform at the Alexandra Bridge and decided to photograph down towards the river itself for an abstract sort of shot. 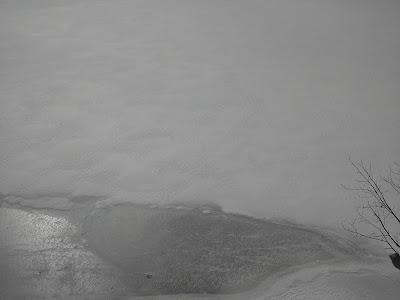 And then I looked up, concentrating mostly on the ice, but taking in part of the Gatineau skyline, including the exhibition wing of the Museum of History. 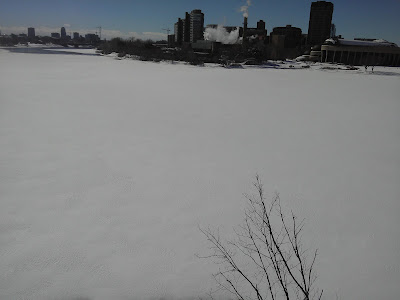