A good number of you have been awaiting the tulips, and so today we begin another extended series. The Canadian Tulip Festival is underway here in Ottawa and Gatineau, looking more like itself after the last two years in which the tulips were on display as you'd expect, but no associated programming,

I was in Major's Hill Park one day in the first days of May and took this photograph of Colonel John By, the British military engineer who oversaw the building of the Rideau Canal and is considered the founder of the city. Around the statue and beyond it, tulips were popping up out of the soil, but not yet showing their colours. 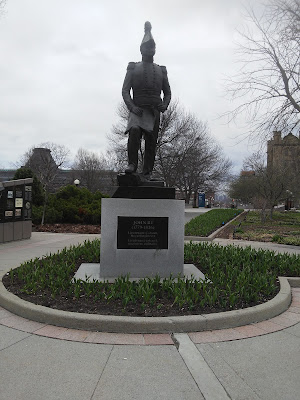 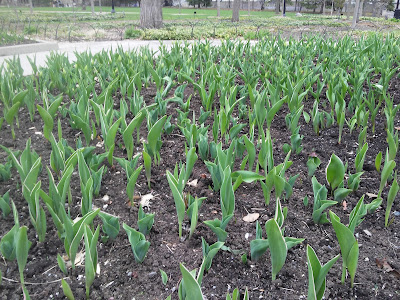 This view from the end of the row behind the Colonel shows Parliament Hill out beyond. Some smaller beds in large planters in the park also had tulips poking up and growing. 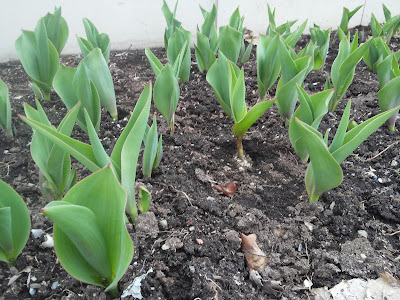 There are some larger beds at the north end of the park, where workers were busy clearing out the beds of any stray leaves from over the winter. Notre Dame lurks in the background beyond some of the beds. 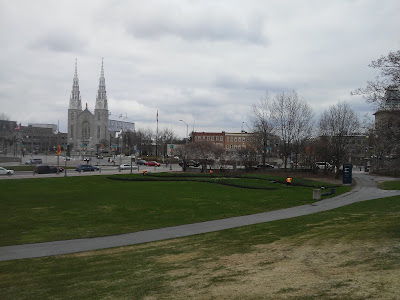 While the National Gallery stands beyond another. Some tulips were just starting to show some colour. I headed that way. 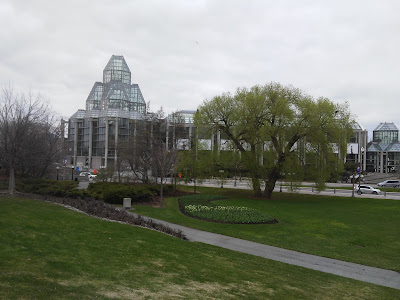 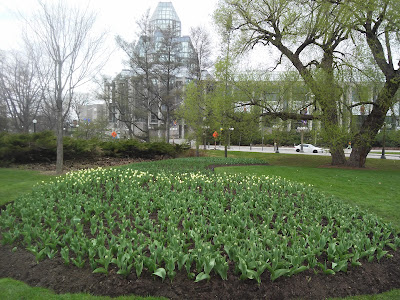 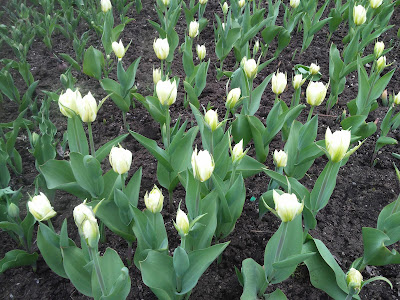 Then I headed over to the other beds. 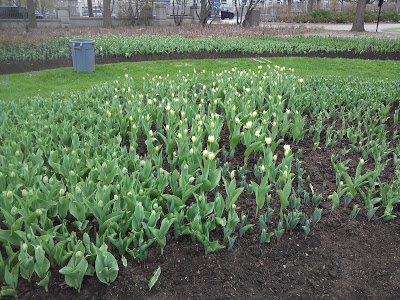 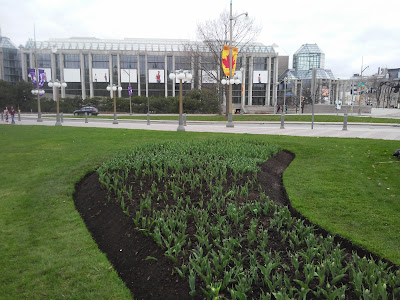 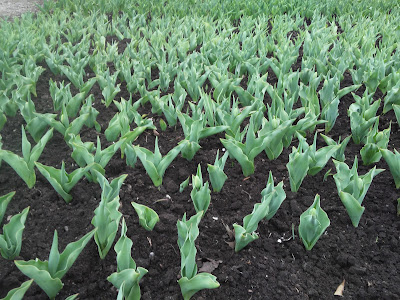 Departing the park, I passed by the Elisabeth Bruyere Hospital, where tulips were showing themselves. 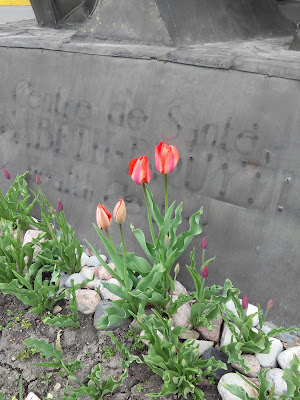