The origins of the Canadian Tulip Festival are examined in a series of signs around one side of a raised bed of tulips. It's one of the positive outcomes of war- the abiding friendship of two countries that came out of the Second World War. 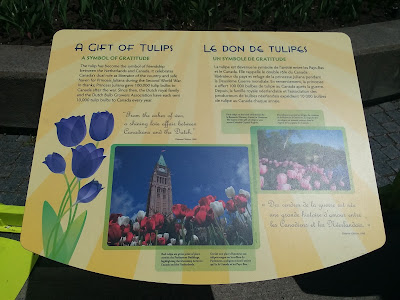 When the Nazis occupied the Netherlands as part of their sweep across much of continental Europe, the civilian population suffered. 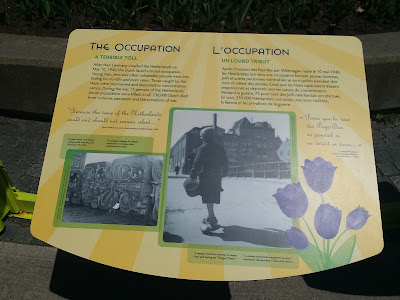 The Dutch royal family escaped to London, where Queen Wilhelmina remained to rally her people, work with Resistance movements, and become a general thorn in the side to the little corporal in Berlin. Her daughter, the crown princess Juliana, was sent to Canada with her own daughters, where she would live in Ottawa and do much on her own to keep the Dutch people in the minds of people in the New World. 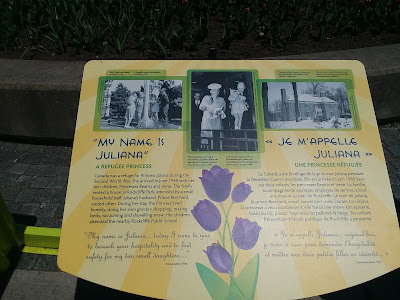 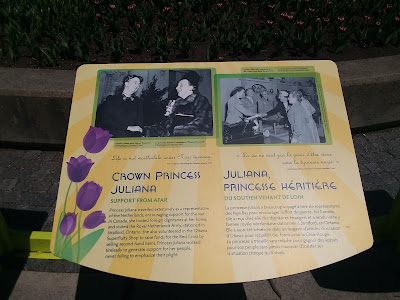 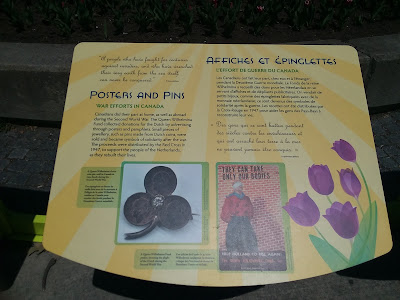 Her husband would spend much of the war in England assisting his mother-in-law, but there were visits, and out of that came something unique: the birth of a royal in Ottawa. The Canadian government at the time passed a law temporarily deeming the maternity ward with an extraterritorial status, ensuring the royal status of the baby, and Juliana gave birth to another daughter, Margriet. 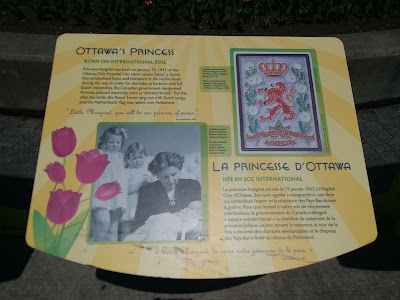 The news of a new royal baby reached the occupied country, and Margriet would be baptized at St. Andrew's Presbyterian Church here, with her father and grandmother in attendance, and a multitude of godparents. This panel includes two photographs by the Canadian portrait photographer Yousuf Karsh, who by then had already made a name for himself on the world stage with his iconic photograph of Winston Churchill. 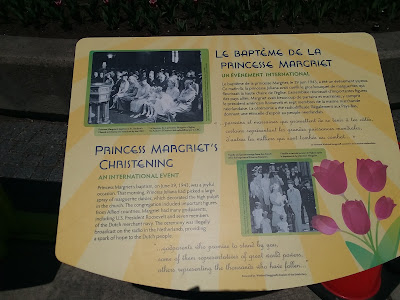 It was Canadian soldiers who liberated the Netherlands, and out of that time of the war came a deep friendship that has carried on to this day. Juliana and the royal family sent tulips to Canada as thanks. 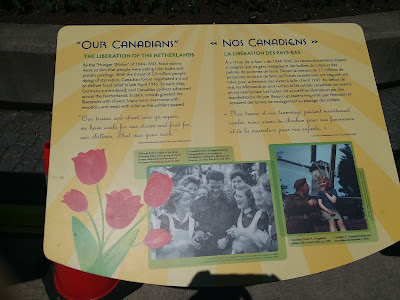 Princess Margriet has come back many times- in fact she was back a few days ago with her husband to open the festival. 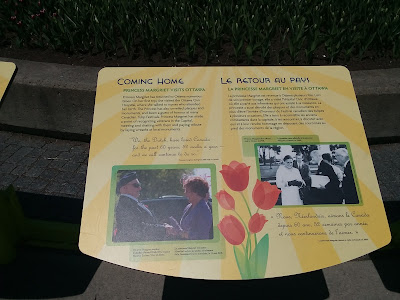 Malak Karsh, the brother of the aforementioned Yousuf, made his own reputation as a famous landscape photographer, based out of Ottawa. More than anyone else, he can be credited as the founder of the Tulip Festival. It was he who made the suggestion of a formal festival to showcase the tulips. 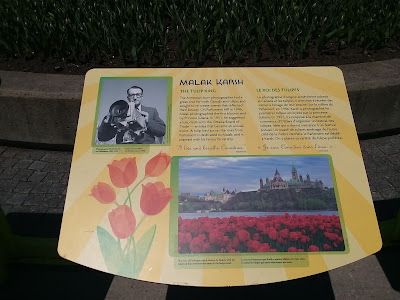 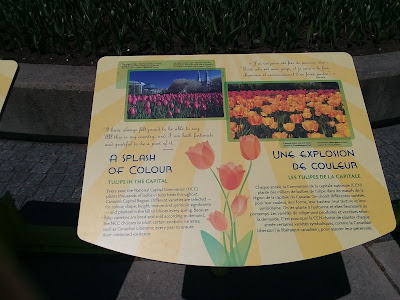 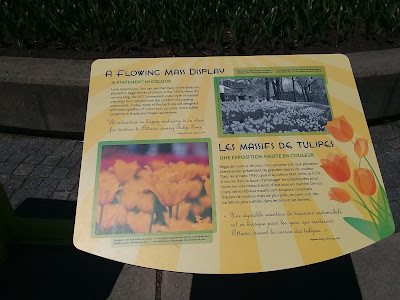