One day around the middle of April I was approaching the grounds of the Peacekeeping Monument and noticed small flowers popping up on the lawn. I took time to photograph them. 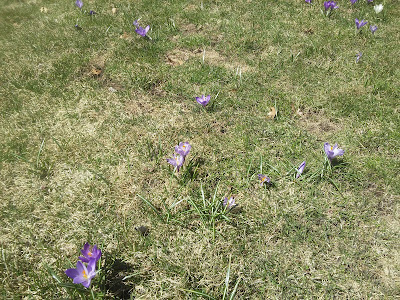 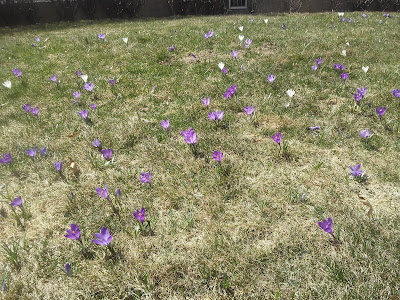 This view from the other side of the lawn looks under a portion of the monument and includes Parliament Hill and Major's Hill Park in the background. 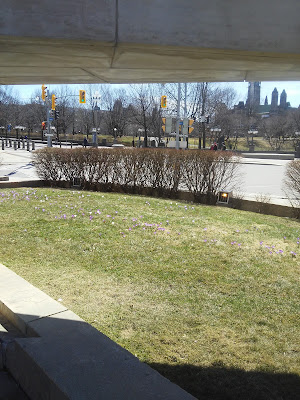 A short walk away was the Elisabeth Bruyere Hospital, and in the gardens outside, new shoots were coming up. 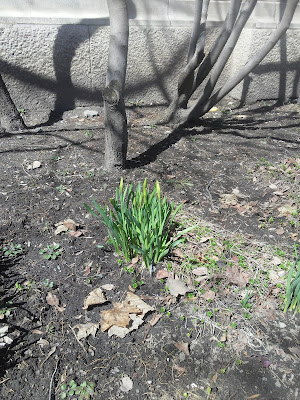 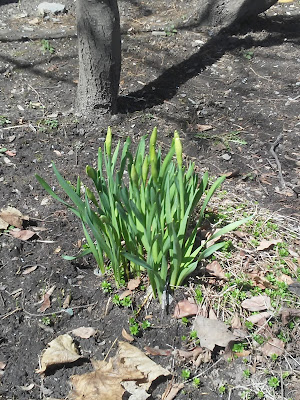 A little while later that day, passing by Confederation Park, this caught my eye. 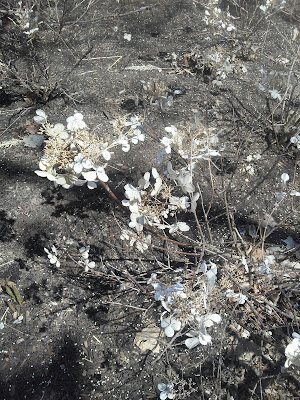 Late in the month, I passed by Central Park in the Glebe and photographed the scilla among the rocks on a slope. These tiny flowers can always be found here in abundance in the second half of April. 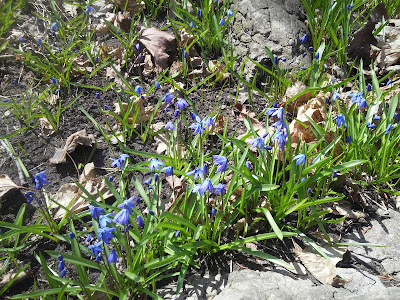 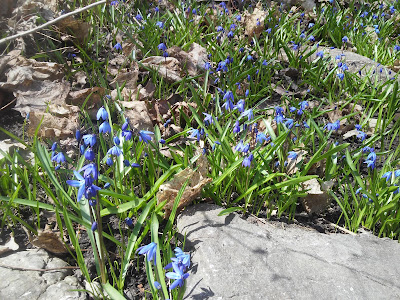 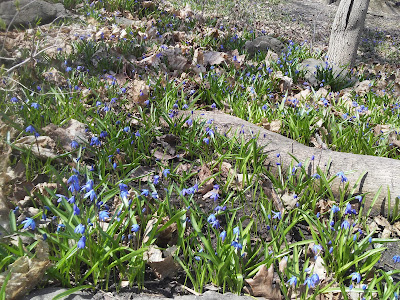 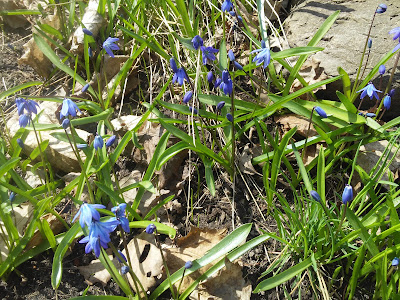 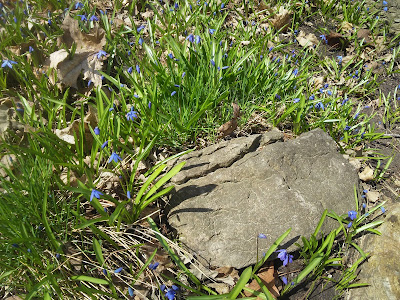 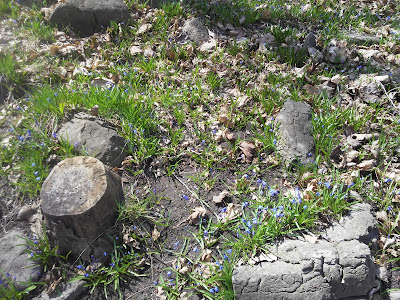 This last one was taken a couple of days later in the same location. 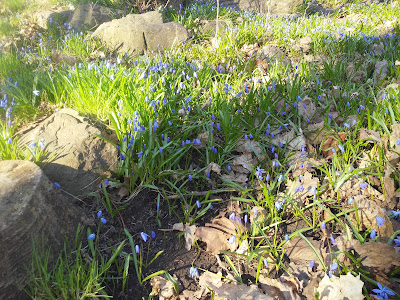