The first day of each month is a theme day for members of City Daily Photo, and for May that theme is Shadows. Check out how others are interpreting the theme right here.
I am going with several locations over time. One day in February I was passing by the work site for the future home of the main branch of the Ottawa Library, which will be sharing the building with facilities from Library and Archives Canada. I'm occasionally documenting the project as it goes along. Work was going on, and the shadows cast by the machines and the higher ground within the pit seemed fitting for the theme. 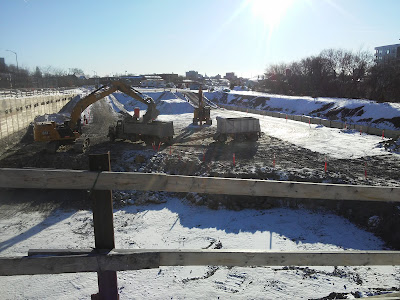 In late March I was passing through the Hintonburg neighbourhood one afternoon with a somewhat hazy sky. A portion of this community centre cast a shadow on another section. 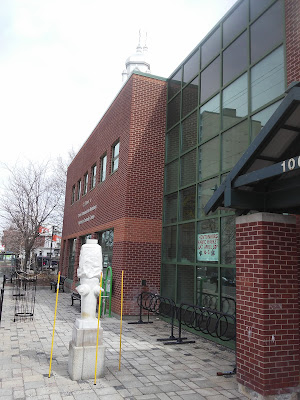 Just up the street, another example of that, with a section of a church, the Paroisse Saint Francois d'Assise, extending outwards and resulting in a shadow against the main body of the church. 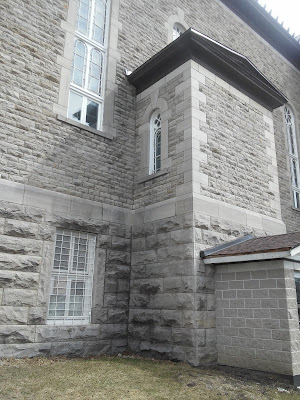 Early in April one morning, I had a bit of time on my hands and was passing by this building. Once the main branch of the Bank of Montreal in the city (at a time when they made banks to impress), it's been in government hands for years, named the Sir John A. Macdonald Building, and used for receptions. Most of it was still in shadow from the higher buildings to the east and southeast. 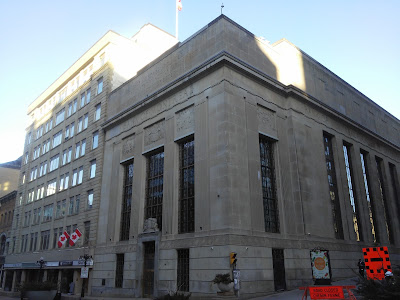 One block up is Parliament Hill, with the West Block in the foreground and Centre Block in the background. Most of it was gleaming in the sun, but those sections facing west were still cast in shadow. 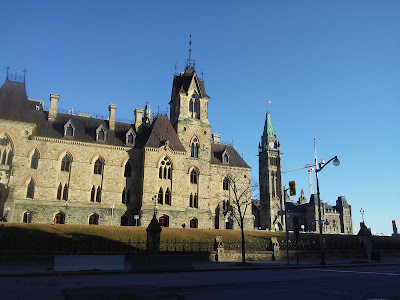 Along the west side of West Block is one of the statues of former prime ministers and Fathers of Confederation that dot the Hill. Robert Borden was prime minister from 1911-20, and his monument stands out here. At this time of day it's in the shadows created by a building across the street to the southeast, but spends much of the day in the sun. 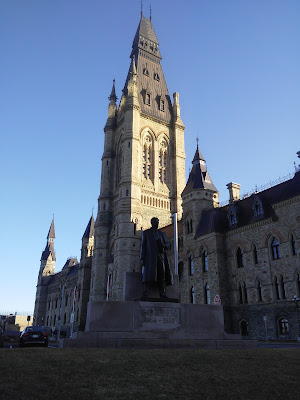 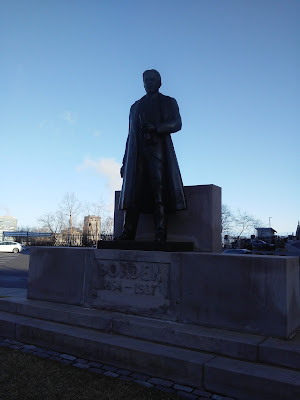 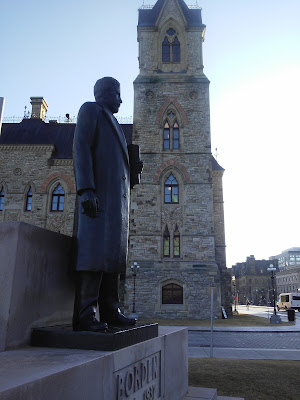 The following day I was in Major's Hill Park, a short walk to the east of Parliament Hill. This statue of Colonel John By, the British military engineer who oversaw the building of the Rideau Canal, stands in the park. The flowerbeds around him were still surrounded by snow fences to protect the tulip beds. Those snow fences created a good pattern on the pavement. 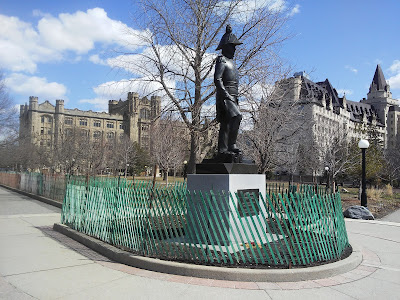 The same here, a short walk away, with the fence that keeps the visitor away from the cliff's drop a few feet away. The shadows on the pavement suited the theme. At the time, the ice on the Ottawa River was breaking up. 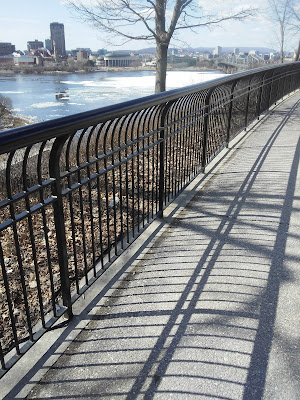 A short walk away beyond that is the new monument for working trades. They include two large plumb bobs, tools that have been in use for thousands of years, and which cast good shadows in the afternoon sun. 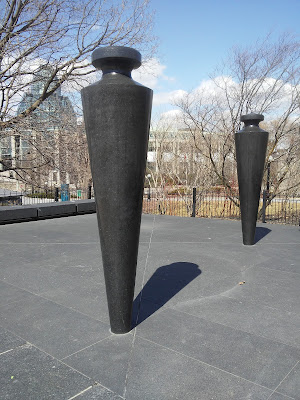 I finish with this view towards Parliament Hill, with much of the slope in shadow, the trees doing a lot of that, but also the angle of the slope, which is steep. 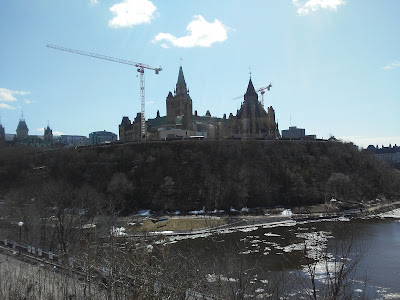