Samuel de Champlain left quite a legacy behind, with his name in multiple places through the country and south of the border. 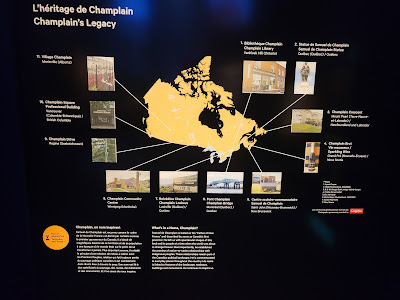 This early period led to what became the Post-Contact Wars, with the French alongside their Indigenous allies against the traditional enemies of those allies. 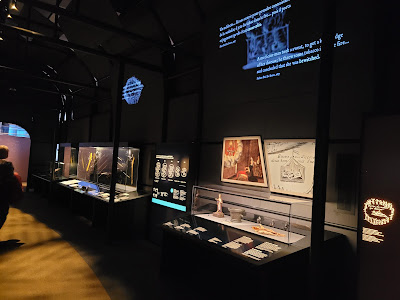 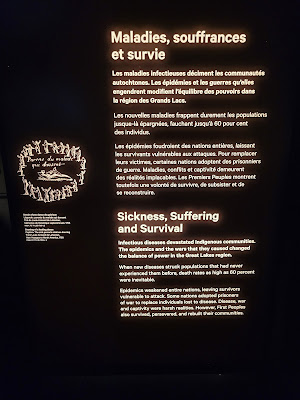 Weapons of the time, both European and First Nations, are represented here. The indigenous clubs would be a particularly formidable weapon. 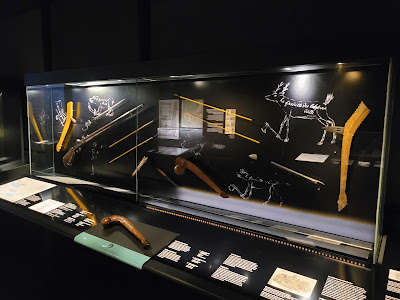 With the easing of those wars came the establishment of New France, a permanent colony often overlooked by Paris. 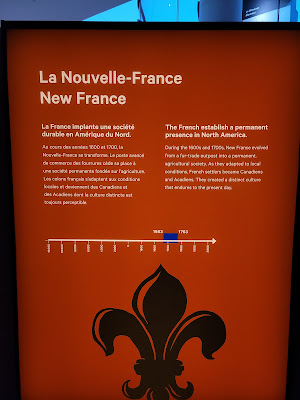 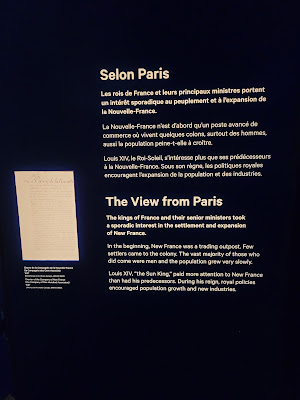 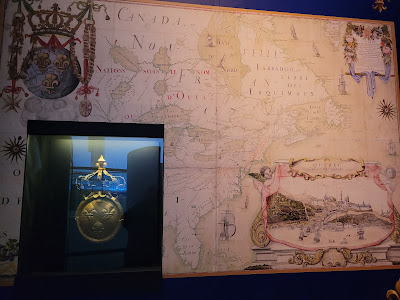 Settling the colony would require people to go there. The Daughters of the King was such a concept, encouraging women to go and make families in the New World. Many descendants of the Filles du Roi are around today. 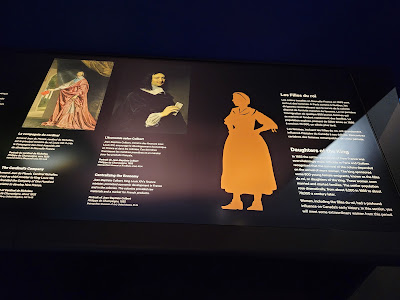 This sculpture in the distance we'll look at tomorrow. Each line represents a generational descendant of one Fille du Roi in particular. 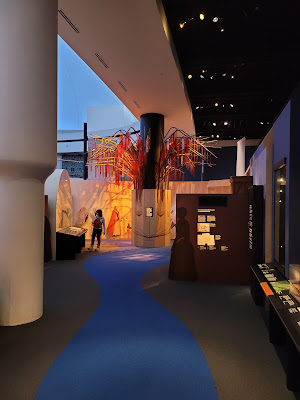 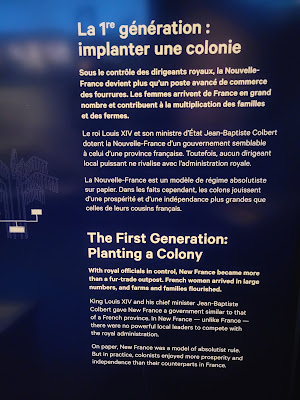 Organizing New France was done in the seigneurial system: dividing up land primarily for agricultural uses, each managed by a person of some importance, to whom fees would be paid yearly by the settlers. Its influence is still felt today in some aspects of the Canadian legal system, as well as seen in person if you're looking at parts of Quebec from the air. 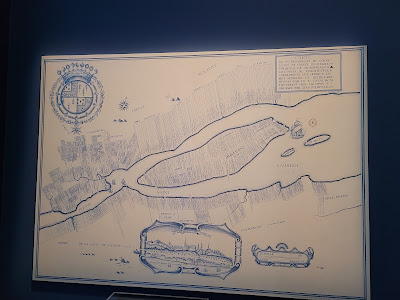 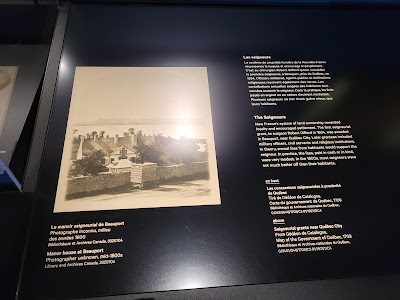 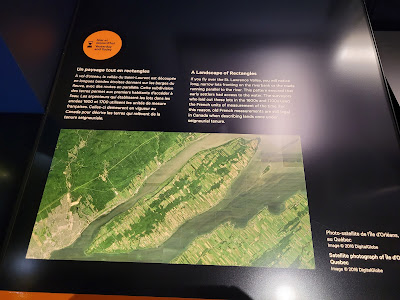 I close out today with these two items. The Croix de Saint-Louis at lower left was a military decoration. The clock dates from the New France era. 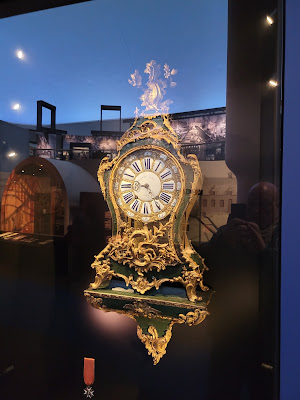