Social Commentary Or Act Of Vandals?

I took this photo last year of the sculpture of jazz great Oscar Peterson outside the National Arts Centre. It's my favourite statue in the city. 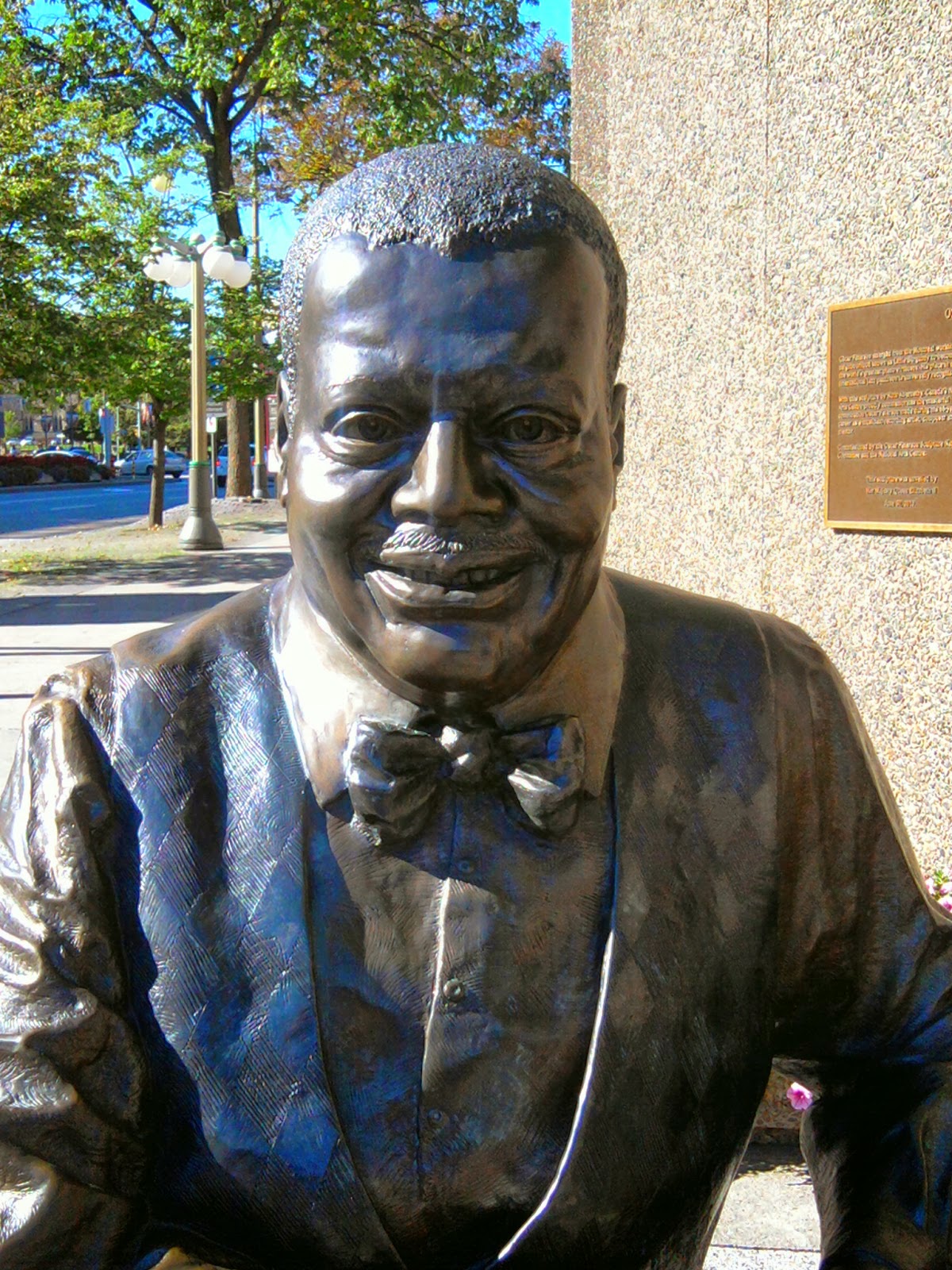 This second picture is from the Ottawa Citizen. The other night someone painted around the eyes with gold paint. The sculptor suggested it might be a commentary on the state of racial relations in the United States. On the other hand, it could be nothing more than petty vandalism. Oscar's widow didn't like the turn of events, according to the news. The NAC said that they had security footage handed over to the police, and were quickly having the paint removed. 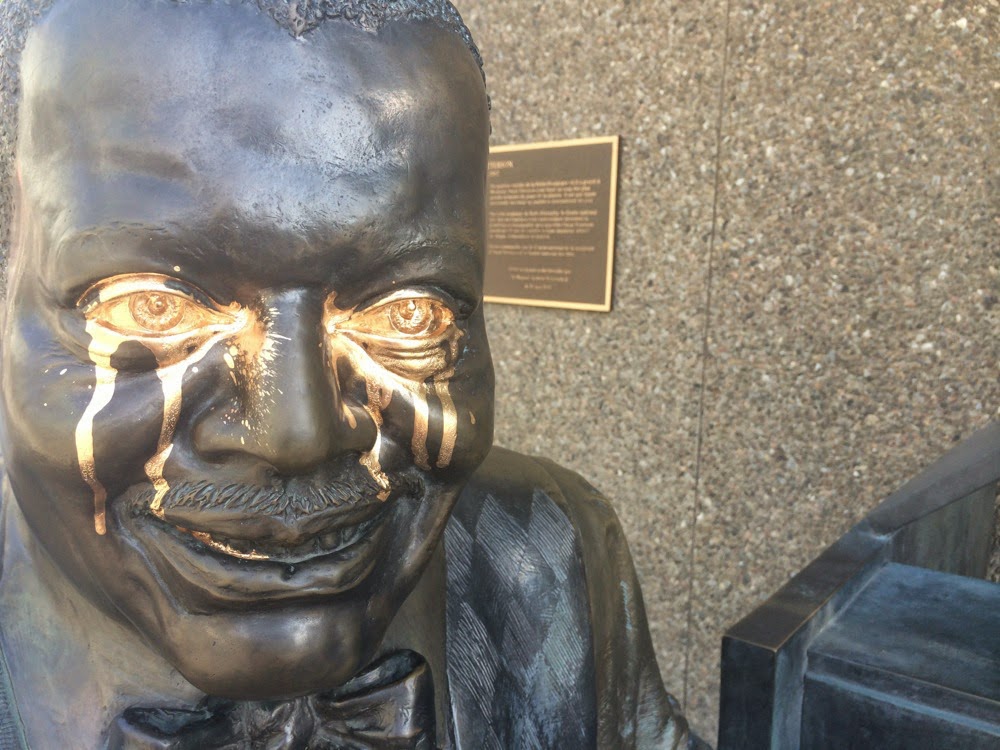