The Power Of Protest

This being a government city, protests are common in Ottawa. Some confine themselves to Parliament Hill. Others march either from the Hill or to it. Such was the case on the 24th of April this year, when I took the shots for today and tomorrow. That date is considered the beginning of the Armenian genocide by Turkey in 1915, as on that date, Turkish forces detained over two hundred Armenian intellectuals and activists, setting off the dark chapter in Armenian history. This year was the 99th anniversary, and I happened to be downtown as the protest was heading east from Parliament Hill in the general direction of the Turkish embassy. 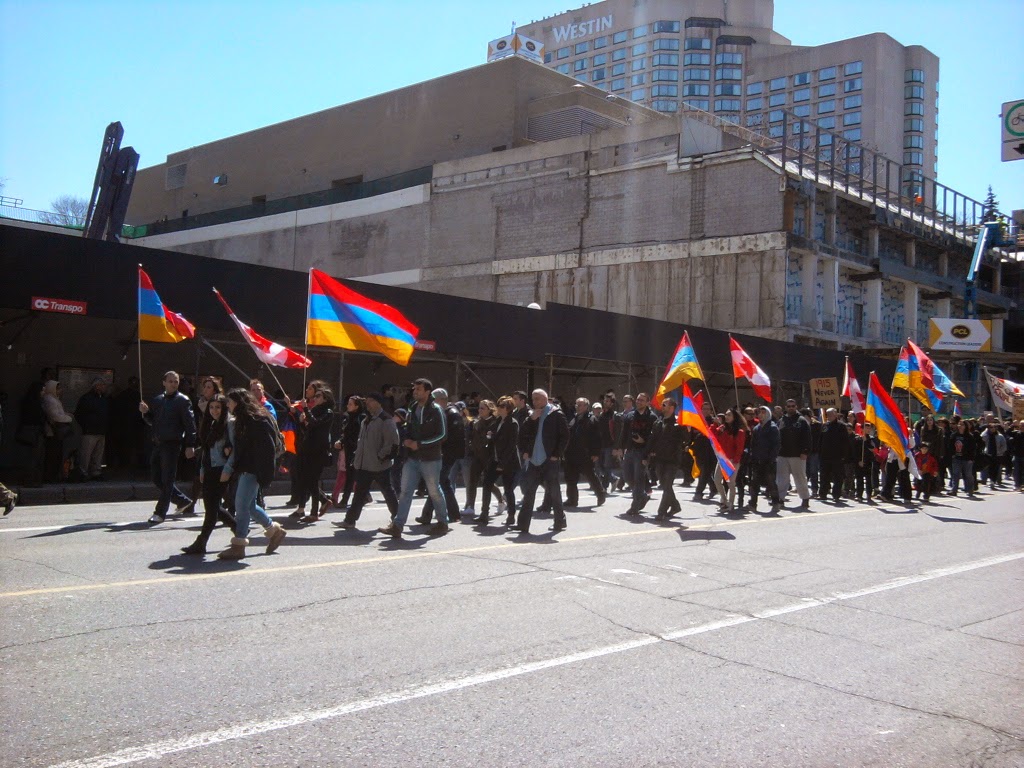 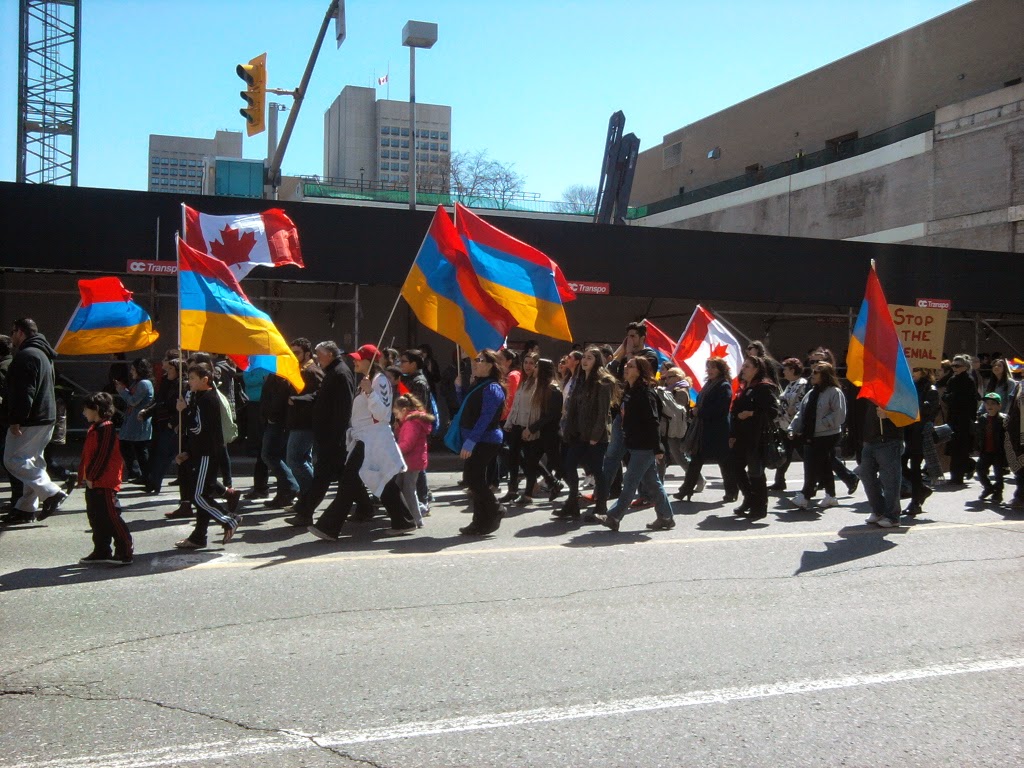 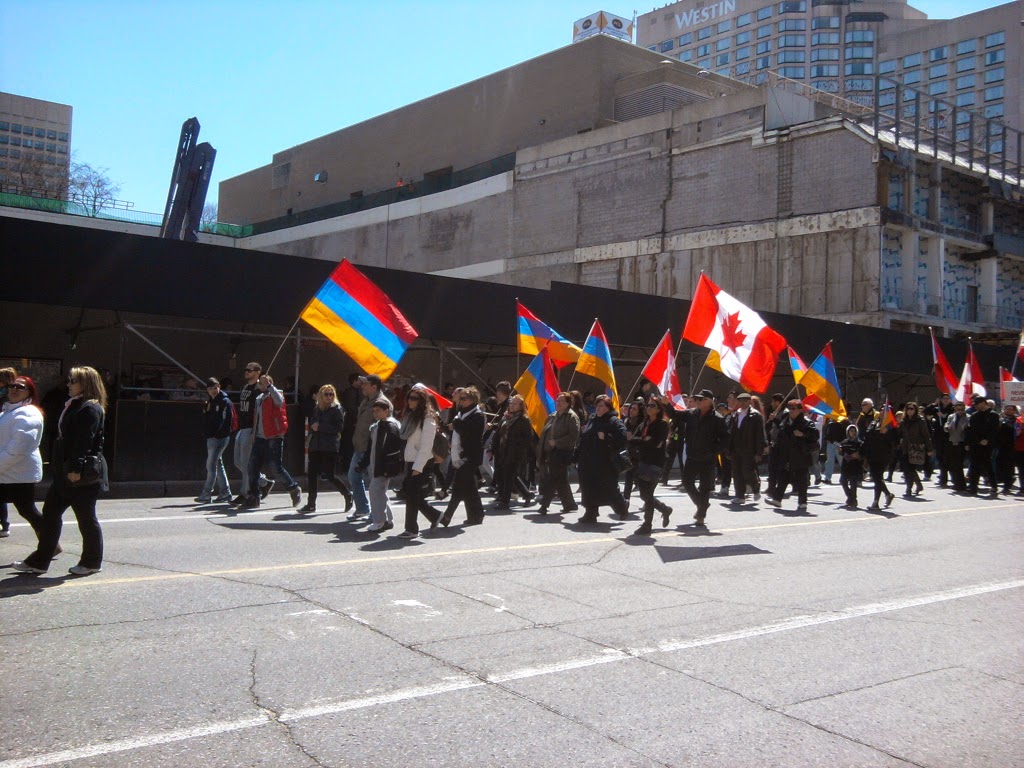