The first day of each month is a theme day for photobloggers from around the world belonging to the City Daily Photo community. For the first of December, the theme is People In Their Workplace. You can find other interpretations of the theme right here.

I was out and about on the Civic Holiday weekend in August. Here in Ottawa we call it Colonel By Day, after John By, the founder of the city and the man who led the construction of the Rideau Canal. It's a busy day at the Ottawa Locks, here where the Canal meets the Ottawa River. I've chosen two people in period clothing as my people in their workplace subjects. They were two of several people in period clothing from the early 19th century, engaging with the public down along the Canal. These re-enactors would be members of local historical societies, but being in those clothes on a hot day certainly rates as a working day. The building in the background is the Chateau Laurier. 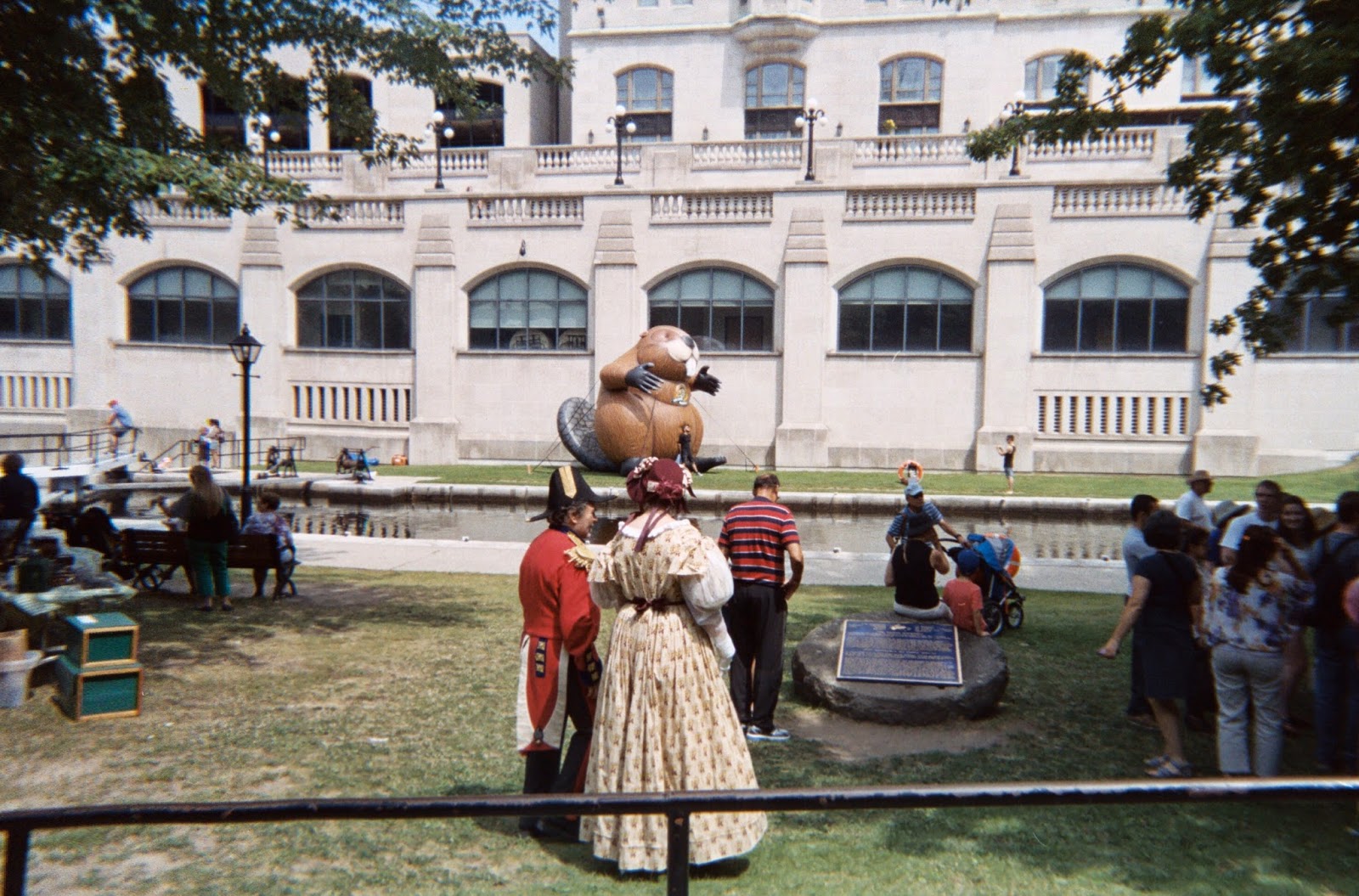 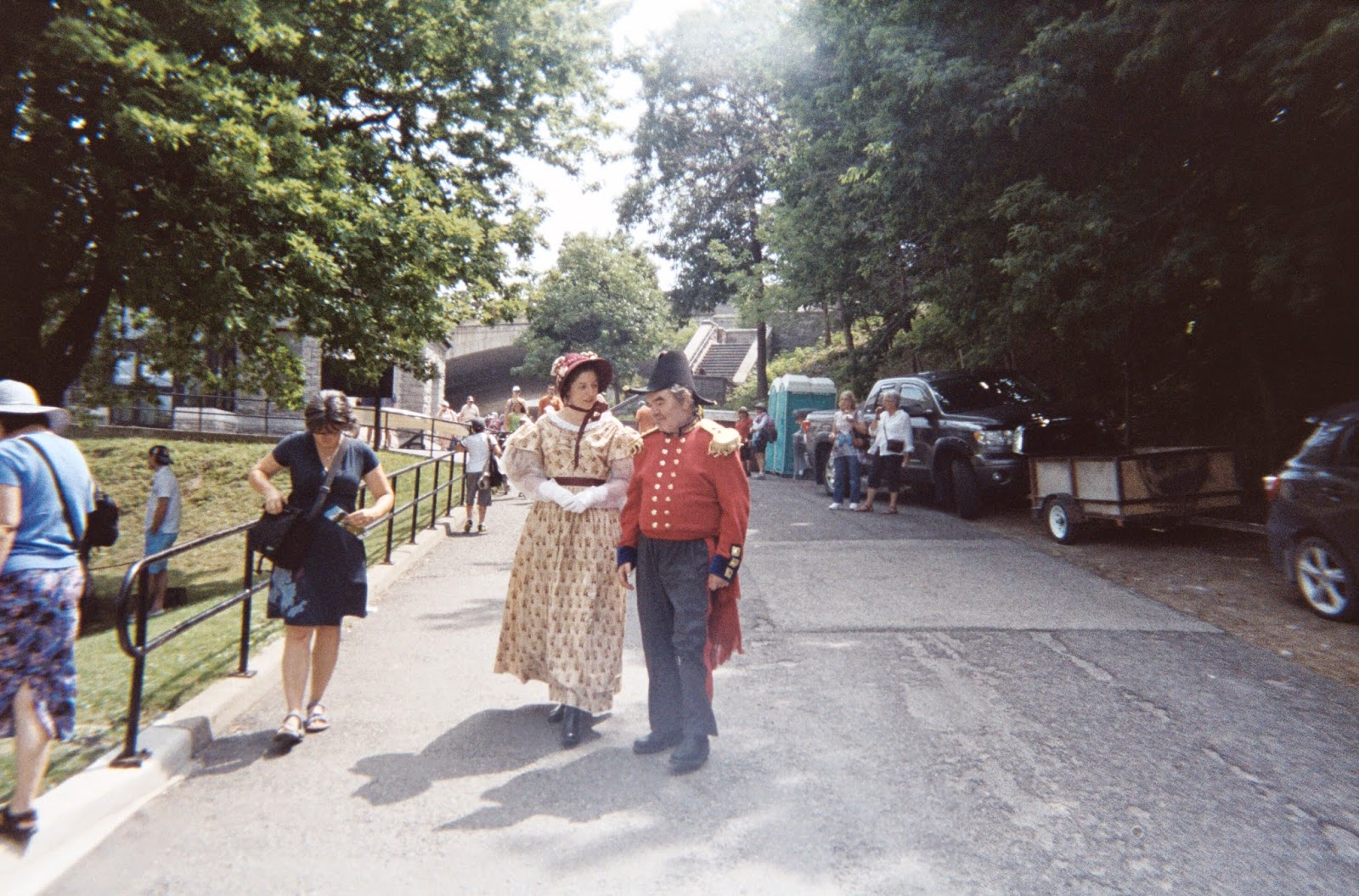 I have more shots from Colonel By Day to come in the days ahead.