The cabinet in yesterday's post is still in use. I was in the Ottawa Room yesterday, and spoke with one of the librarians for awhile. The cabinet stores index card information, mostly for genealogy records. I also spent time looking at fire insurance maps from the late 19th century and early 20th century, something related to tomorrow's post.

You might have noticed a bust on this cabinet. This is Queen Victoria as we often think of her- the grandmother in the late stages of her reign. It's a contrast to the statue of the Queen inside the Library of Parliament, a statue that shows her at a younger age. 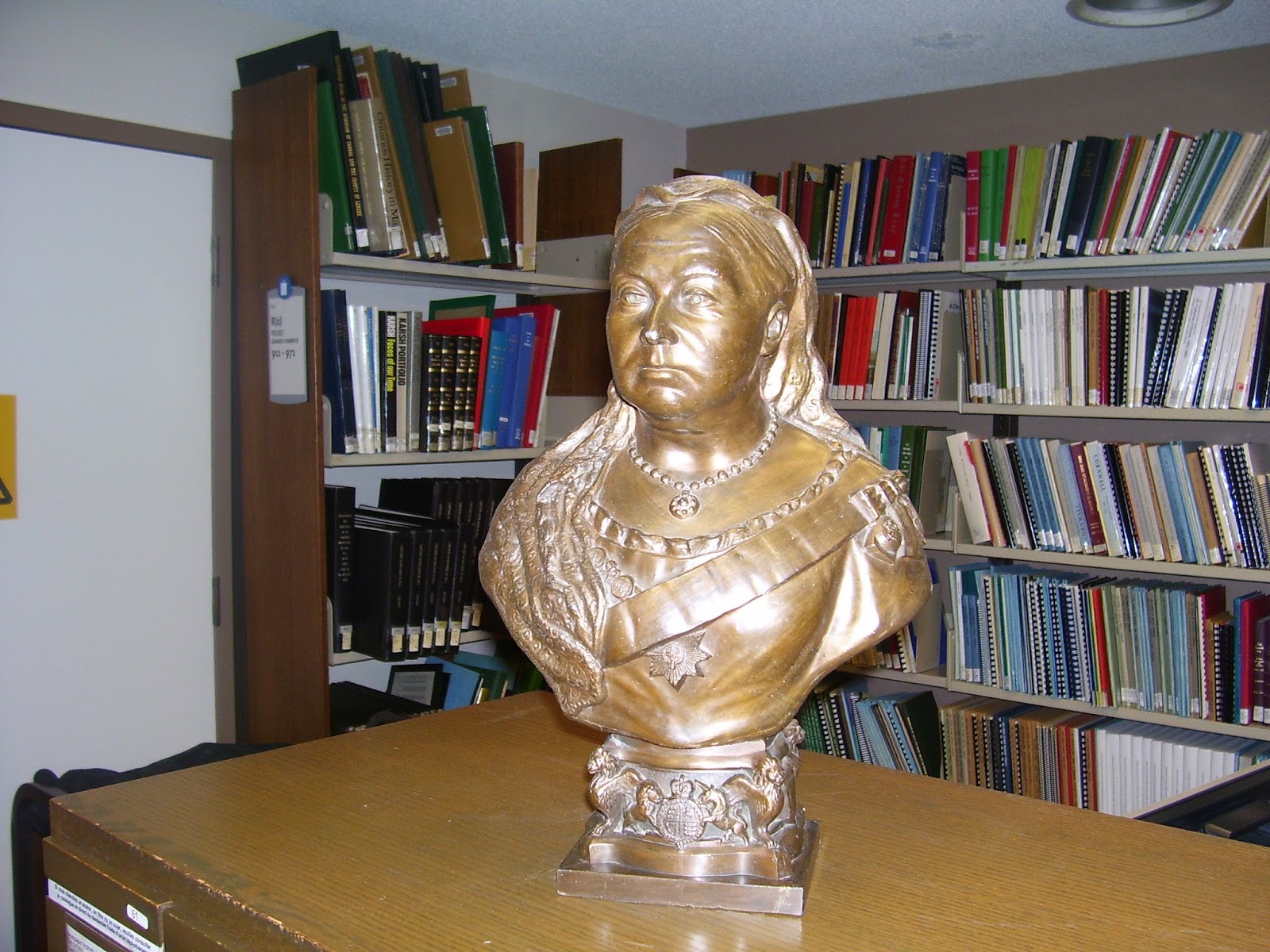