The Lester B. Pearson Building is along Sussex Drive, and was part of Doors Open. This is home to the Department Of Foreign Affairs And International Trade, and was built in the 1970s in a modernist style. It is named for one of our best- if not our best- prime ministers. 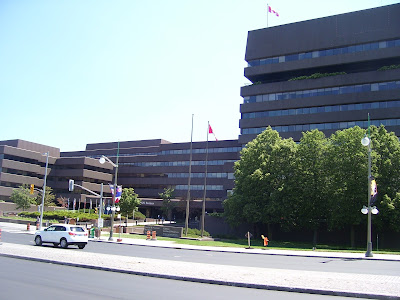 The lobby area was busy. Staff were on hand, and one thing I should have photographed was a book that looked to be five hundred pages thick- part one of four of a formal treaty. This totem pole caught my eye. 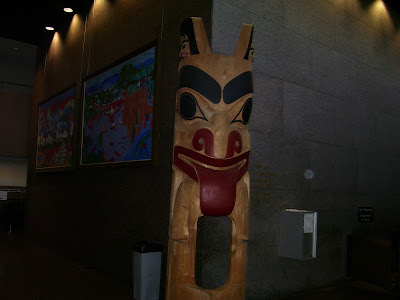 The same applied to this bear sculpture. 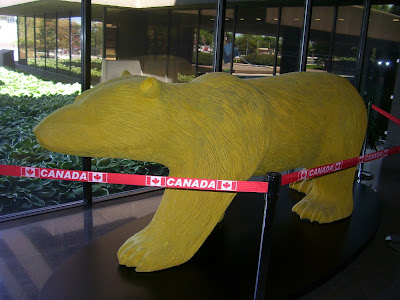 A portrait of the Queen could be found here as well. 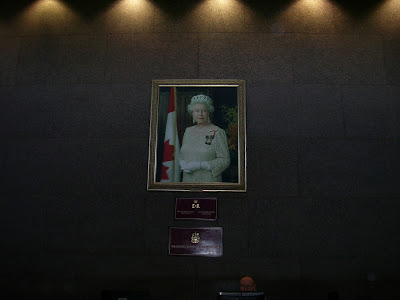 Along with a statue of the great man himself. This is a scale model of the statue of Pearson that stands on Parliament Hill (a statue that is currently off limits due to work being done around the area). You can see pics of that statue here. The same scale model statue was in the Rideau Club, another Doors Open destination where photos weren't allowed (more's the pity). The Club, which predates Confederation and is marking its 150th anniversary this year, was started by Prime Minister John A. Macdonald, and in its present location has great views of the city, beautiful rooms (one of which is filled with Yousuf Karsh portraits, very fitting, since he was a member), and a welcoming atmosphere. The Pearson statue caught my eye when I found him in one of the rooms, and the attendant in the room mentioned that many people she had seen through the day spoke as highly of him as I did. Pearson is a far cry from the vindictive current PM (hello there, Stevie!), who no doubt despises any predecessor who isn't a Tory. 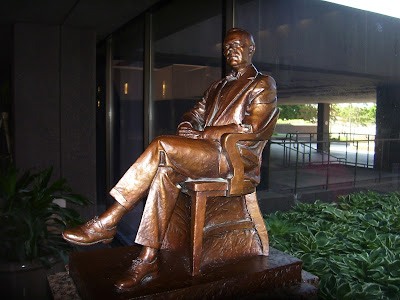