While New France was establishing itself, the British had their own designs on North America, establishing colonies along the eastern seaboard and pursuing trade networks deep in the interior. Conflict would inevitably break out. 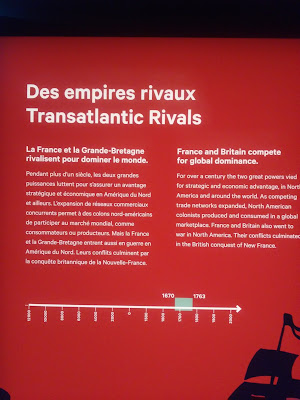 This hood is of Anishinaabe origins. 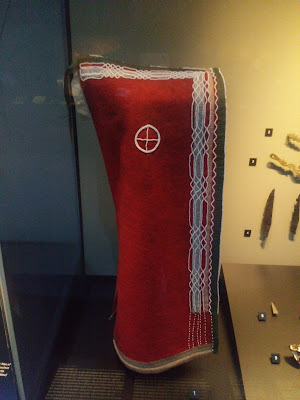 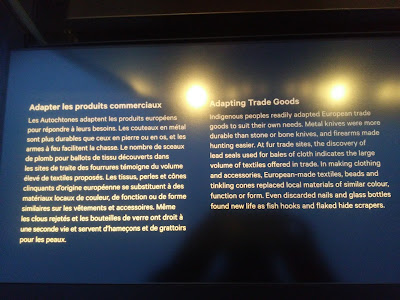 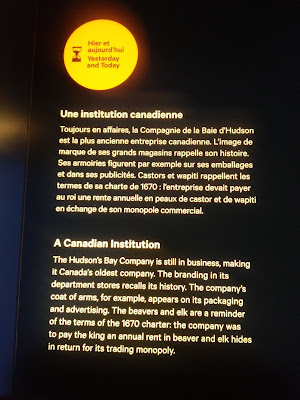 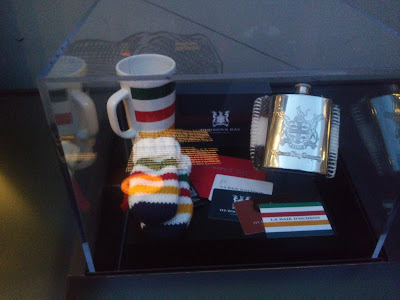 Here we have a painting, Annapolis Royal, Nova Scotia, from the circle of Samuel Scott, done around 1751. 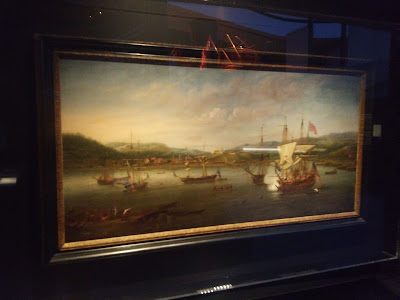 The dynamics of tribes interacting with the two colonizing nations from Europe could be complicated. Among the artifacts here is a wampum belt. 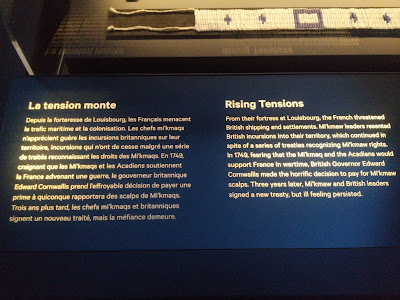 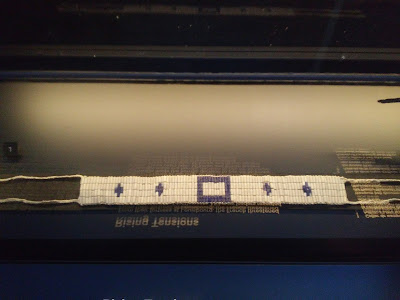 The Seven Years War is also known as the French and Indian War. The fall of New France is examined with displays and artifacts. 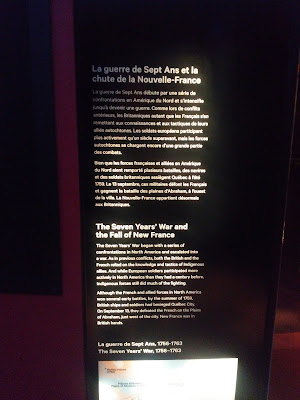 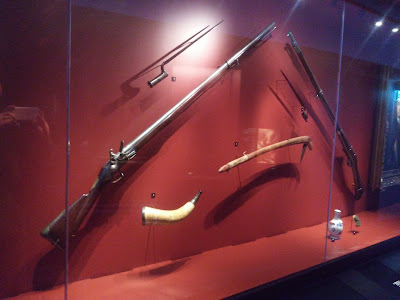 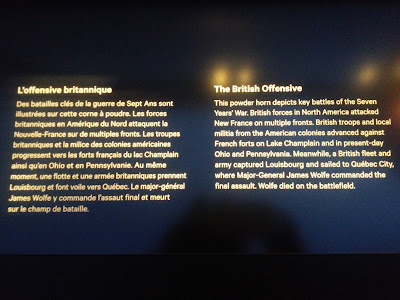