The first confirmed contact between outsiders and the First Nations of the Americas was that of the Vikings, the Norsemen who made their way gradually west, established a settlement for a few years a thousand years ago, and withdrew after a time. L'Anse aux Meadows in Newfoundland is that settlement, but there are other traces of the Vikings throughout the Arctic, and no doubt other places along the northeast coast still waiting to be found. The Museum examines this period. 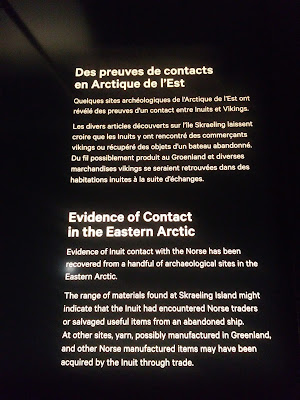 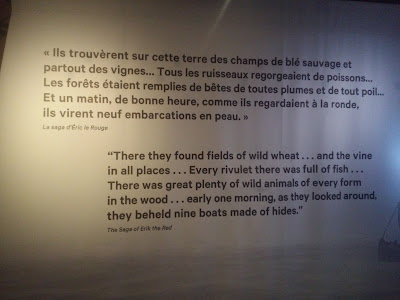 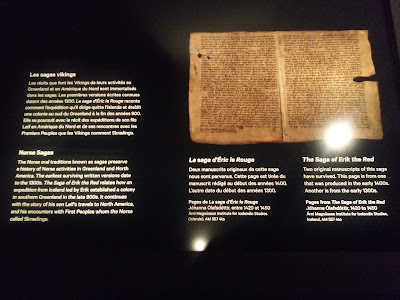 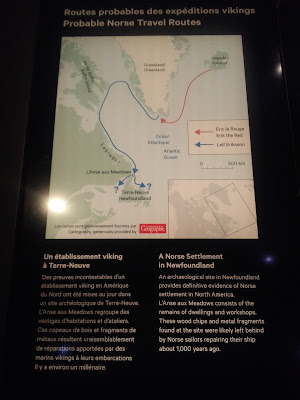 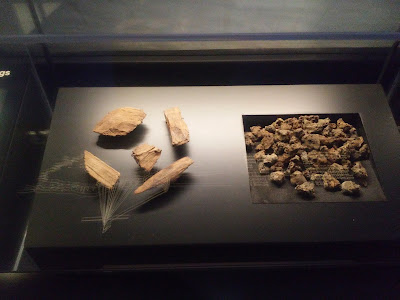 Others would follow, centuries later. The French and English launched expeditions into North America in the late 15th century and early 16th century. Along with them would come fishing ships, taking in the bounty of the Grand Banks. This is a model of a ship called the San Juan de Pasajes. 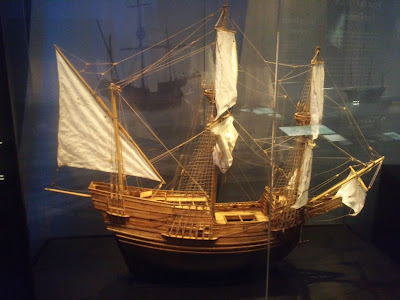 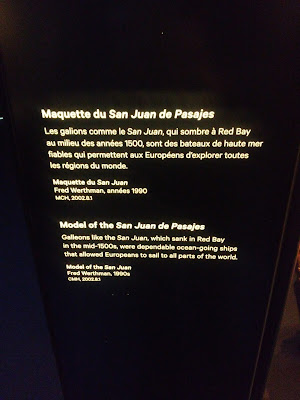 This is inscribed on a wall, a warning of the past, as the First Nations peoples of a continent would be forced to deal with newcomers who would change their whole way of being, and often for the worst. 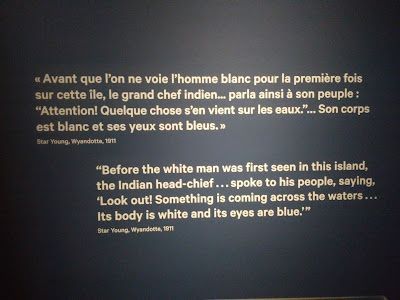