Paying A Return Visit To The Museum Of History

In September I paid a couple of visits to the Canadian Museum of History; the second was because my camera batteries died out near the end of the first visit and I wanted to get some additional shots in. So for the next little while I'll be showing you material from both visits, in rough order of where it all belongs. The Museum is in Gatineau, across the Ottawa River from Parliament Hill, and I approached from the west, coming across this secondary entrance into the exhibit wing. 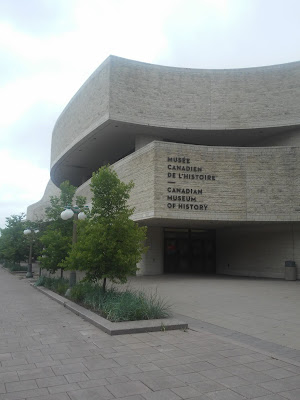 Here we have the curatorial wing, as seen from between both wings. The architect is Canadian First Nations architect Douglas Cardinal, who lives in the area and uses curvature in his buildings, an influence of his heritage. This museum is considered his masterpiece, but he has buildings in various places around the world. 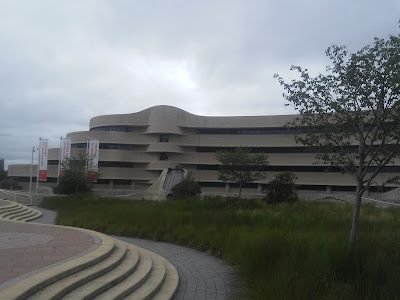 And turning, we see the exhibit wing again. 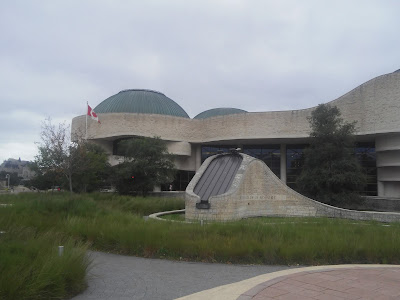 Here we have the main entrance of the exhibit wing. You might remember that during the Tulip Festival, there were tulips in the bed in the foreground. They were replaced by other plants. 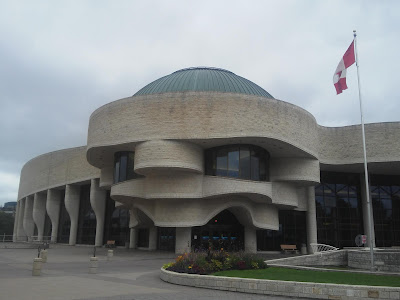 A look between the two wings shows Parliament Hill and the Chateau Laurier across the river. 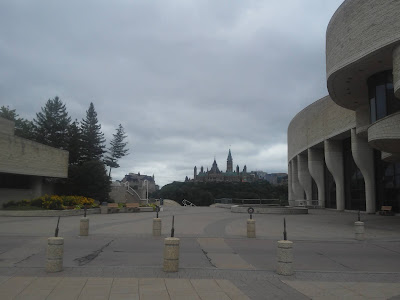 One more look at the curatorial wing, and then I went inside. 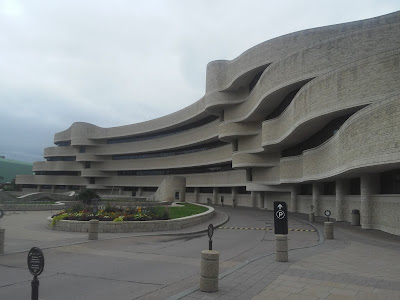 At present because of Covid, there are areas of the Museum that are closed off- the Children's Museum,  an area of First Nations artifacts, and no temporary exhibits at the present time. One does need to book ahead, as there's also limited access. In addition, interactive items like video displays have been removed. But much of the Museum was accessible, and the first stop for a visit is the Grand Hall, filled with totem poles from the Pacific Coast First Nations. We pick up from here tomorrow. 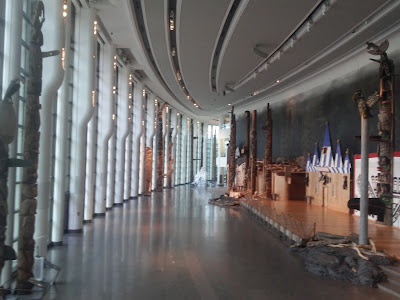