The Museum narrative continues along, with this large banner reproducing an original work of art depicting the St. Lawrence River at Quebec. 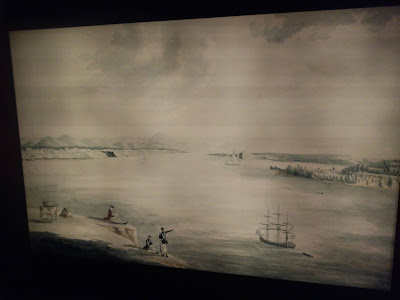 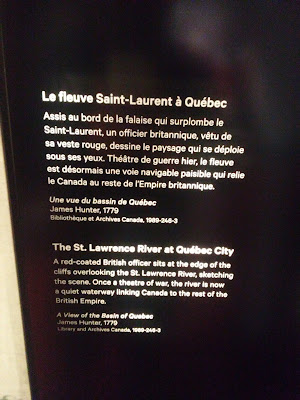 Our relationship with our southern neighbours is a theme that comes back through our history. The American Revolution would send Loyalists north in its aftermath, and the War of 1812 would bring outright conflict. Effectively for the first century of the existence of the United States, there was a perpetual state of tension, even while trade goods flowed back and forth. 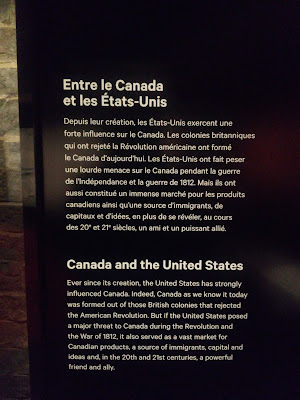 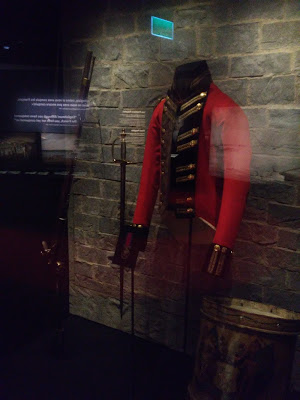 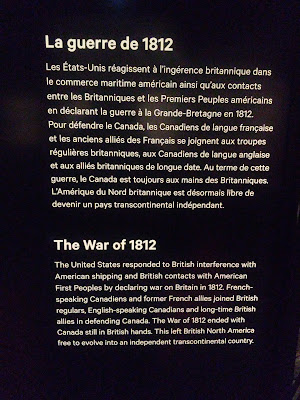 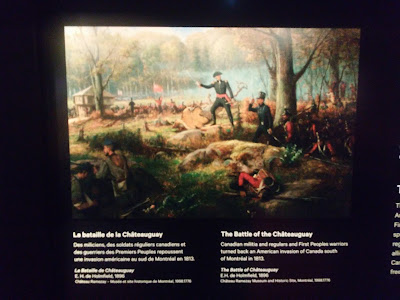 This is a hooded overcoat also called a capot or canadienne worn by French Canadians already in the days of New France. This one was made after 1852. 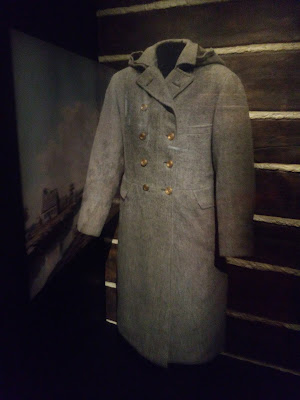 The influx of English speakers and others during the end of the 18th century and first half of the 19th century would have a big effect. New colonies were created, and language dynamics would change. 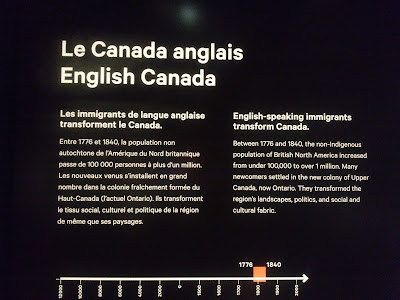 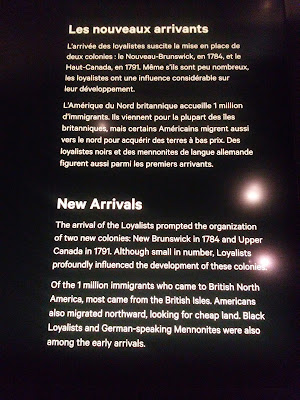 A set of dishware is among the artifacts of the time. 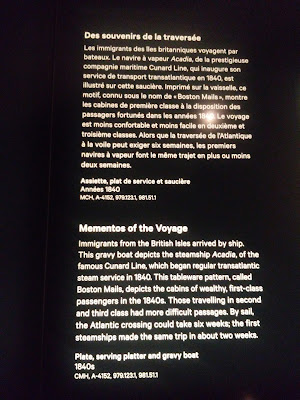 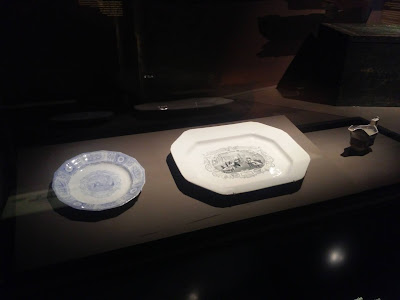 For today I leave off with this. 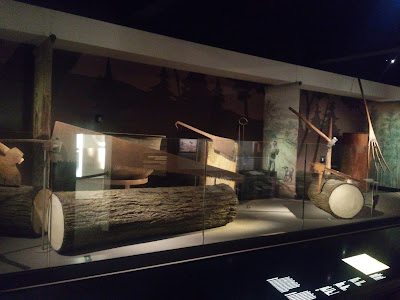 Email ThisBlogThis!Share to TwitterShare to FacebookShare to Pinterest
Labels: Gatineau, history, Museum of Civilization, War of 1812