The Spirit Of Haida Gwaii

Haida artist Bill Reid created Spirit Of Haida Gwaii, starting in 1986 and moving to full sized casts in 1991. There are three versions of the sculpture; this is the plaster cast. Two bronzes, one in black and one in jade, also exist. The former stands at the Canadian embassy in Washington, while the latter is in Vancouver's international airport. The sculpture includes human and animal figures, and display panels explain the story behind it and identify the various elements. 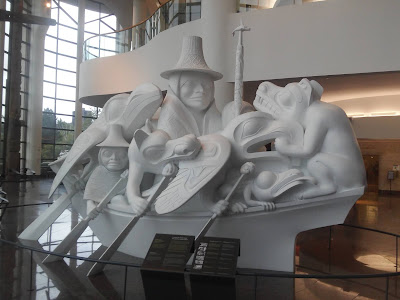 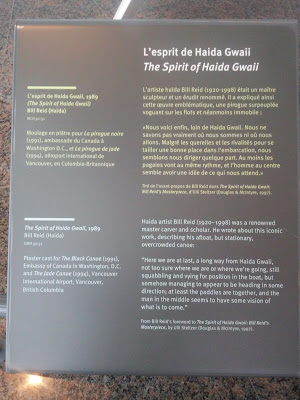 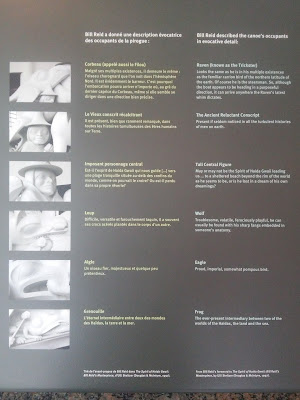 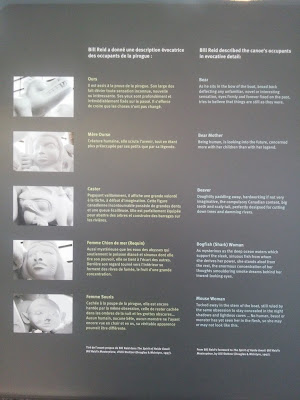 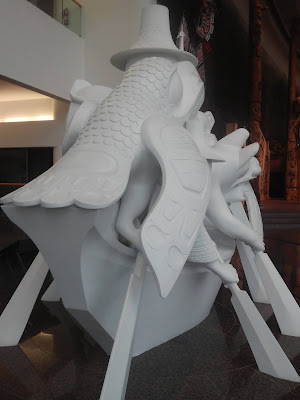 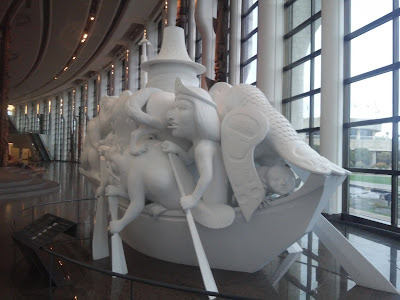 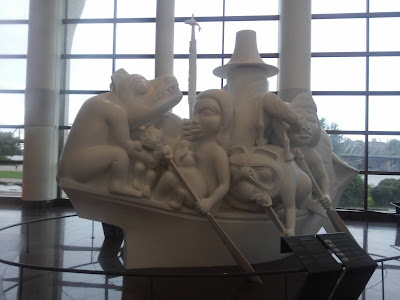 One last shot for today, featuring one of the totem poles. 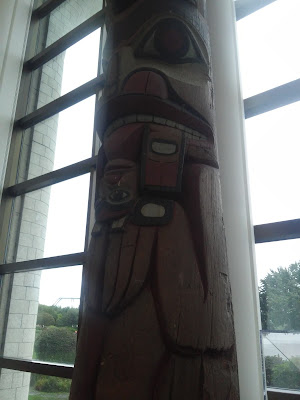