The first day of the month is a theme day for members of City Daily Photo, and for May that theme is Earth. Check out how others are interpreting this theme right here.

In December I paid a visit to the Canadian Museum of Nature, and posted about it in January and a good part of February. I decided that this would be ideal for the theme. Hanging in the central atrium of the Museum is Gaia, a replica of the Earth that slowly turns, hanging down from above. I featured some shots of it during my posts, but decided I'd leave the last shots of it for this theme day. This is by the British artist Luke Jerram. For scale, one centimetre on here represents 18 kilometres on the actual Earth.

I'm starting with two altered versions of a shot I featured during the series itself. I applied different filters to the original shot. This was taken at ground level, where a half sphere is placed, reflecting all around it. Above me in the atrium is Gaia. 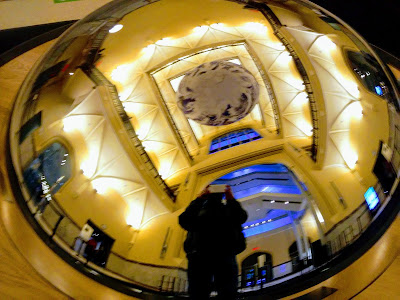 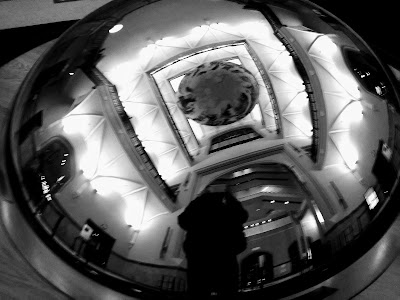 Here's Gaia seen from balconies around the atrium. 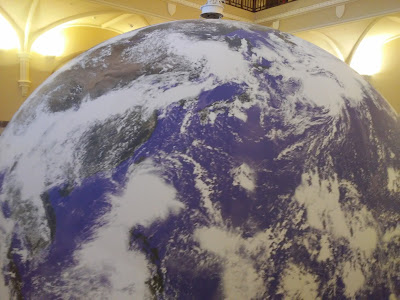 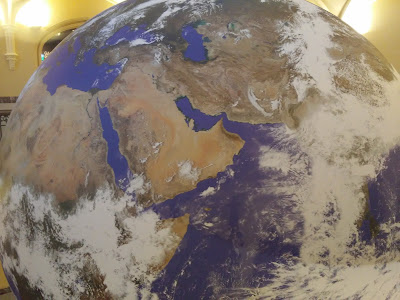 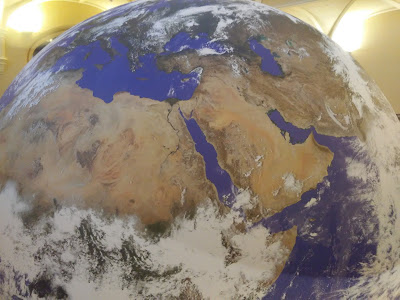 These views are taken from out in the Queens Lantern, a glass tower that stands above the Museum's main entrance. Gaia has a companion out here, also done by Jerram. 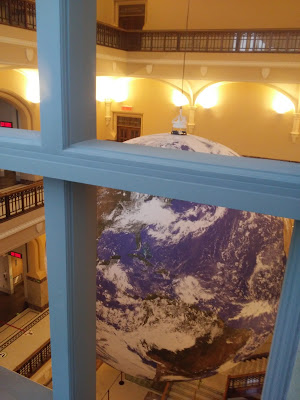 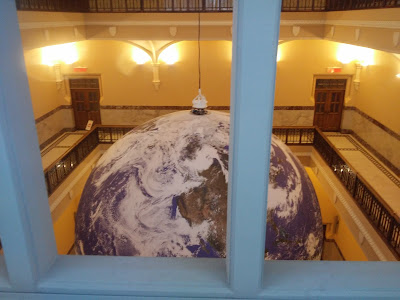 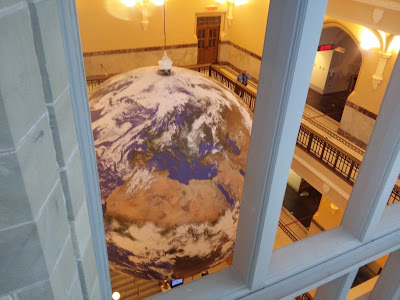 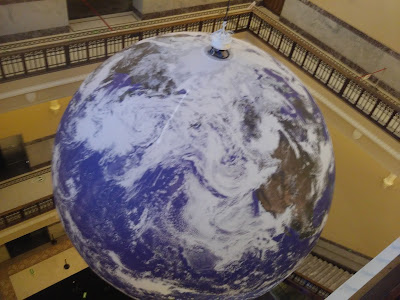 The companion is seen in this view from the back side of the atrium. A replica of the Moon hangs in the Queens Lantern. Unlike Gaia, the Moon is stationary, with its familiar side best seen from outside, while the visitor can get good views of the unfamiliar dark side of the moon from the stairs out in the Lantern. 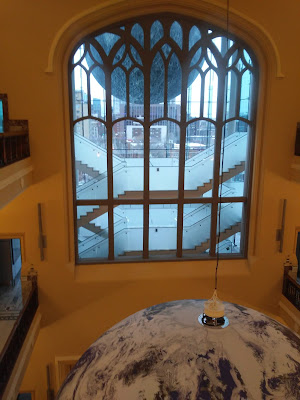 My last shots of Gaia are from below. 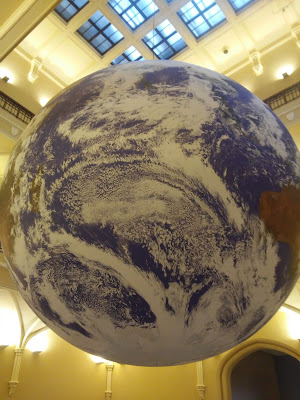 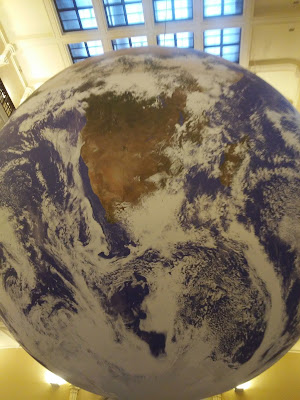 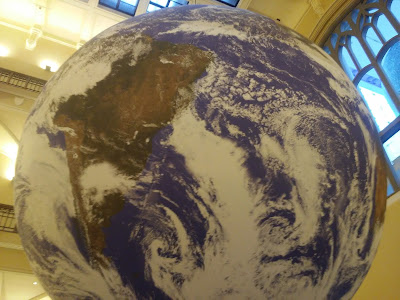