The flowerbed in this portion of Commissioners Park runs along a low stone wall that gradually curves away. Some of the tulips in this area were starting to show during this first visit. 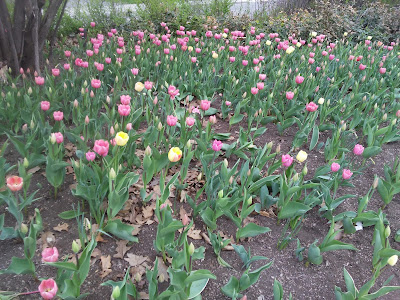 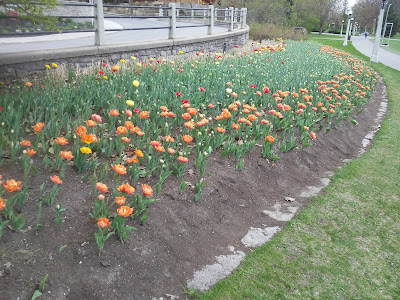 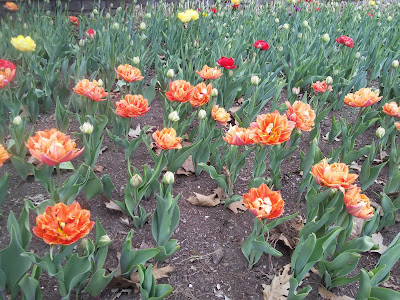 This is the eyesore I mentioned yesterday and referenced last year during my coverage of the tulips. Some years ago the house that had been here, and which fit in with the neighbourhood, was demolished. This hideous bit of infill was built in its place. Interestingly a for sale sign is outside. Perhaps the owners have had enough of their neighbours giving them the stink eye. 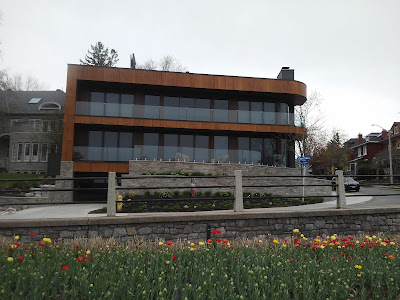 I vastly prefer this house across from it, which has a good overlook of the park. 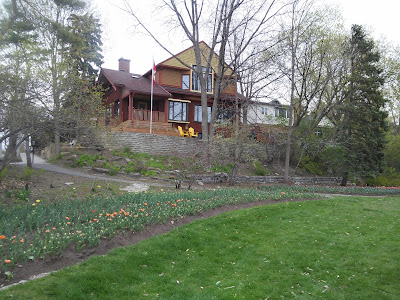 Tulips in the bed below that house. 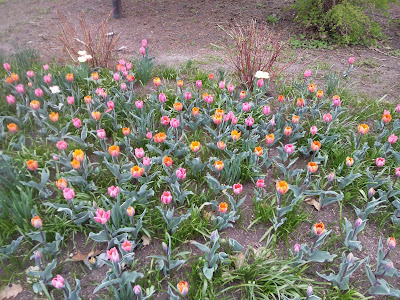 And behind that bed and on the slope, some white trilliums are found. 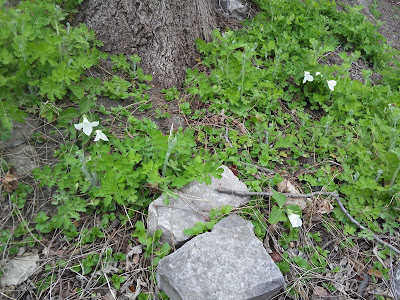 This view features some tulips emerging and others not out. It's not apparent from here, but there is a path between them. 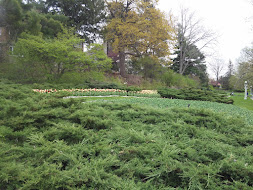 More colours presented themselves as I went along. 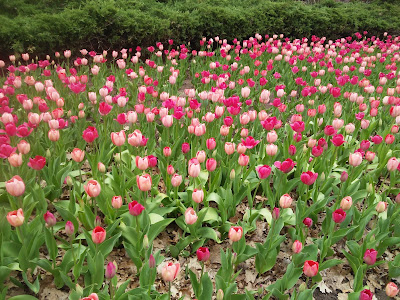 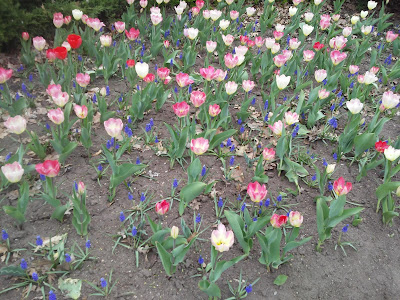