This painting represents an experiment gone awry. Charles Churchill is by British artist Joshua Reynolds, dating to 1755. The ghostly pallor we see on the subject results from experimental techniques by the artist that didn't go according to plan. 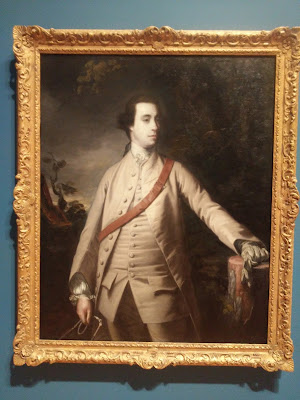 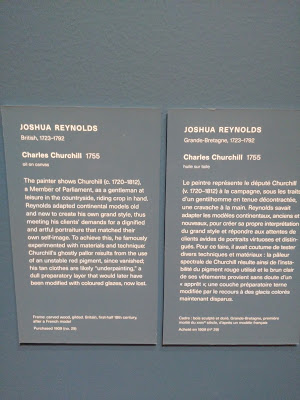 River Landscape With Cattle Watering and Ferry Boat is by Thomas Gainsborough, circa 1754-56. 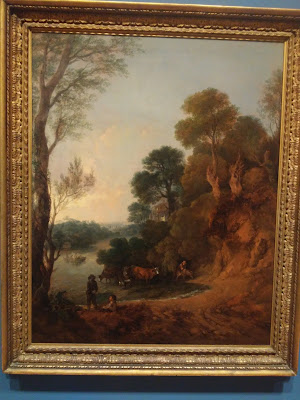 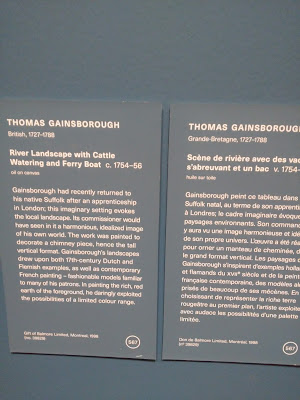 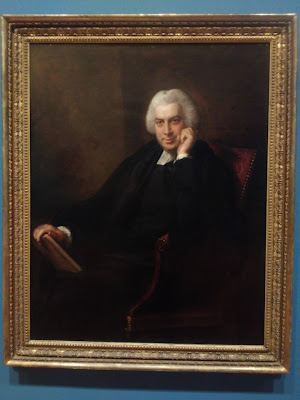 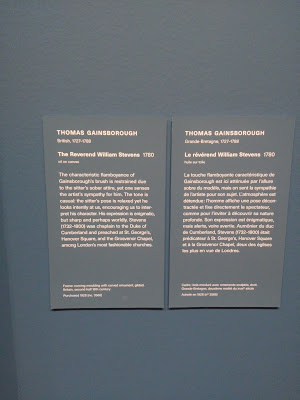 Venus Presenting Arms to Aeneas is by Jean Restout the Younger. It dates to 1717. 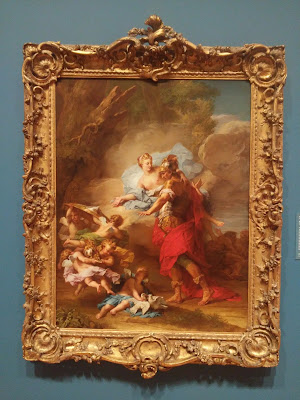 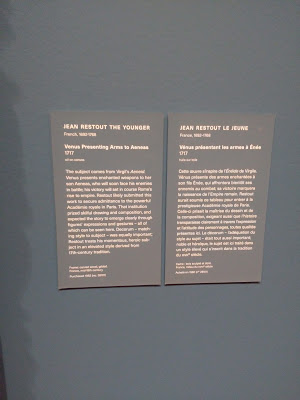 A look back at where I had come into this large space. 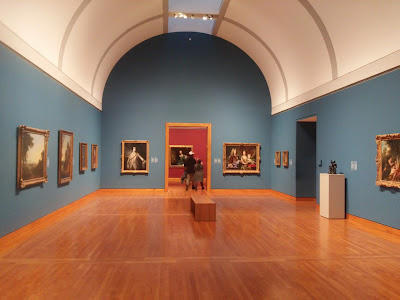 And to end things for today, one of the treasures of the Gallery. The Death of General Wolfe is a dramatic painting by American artist Benjamin West, dating to 1770. This is deemed the primary version of the painting, which has several variants elsewhere. It features the dying British general at the Battle of the Plains of Abraham at Quebec City at the climax of the French and Indian War. His forces have won the battle, but their general has lost his life. 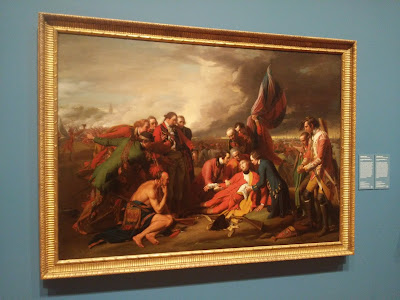 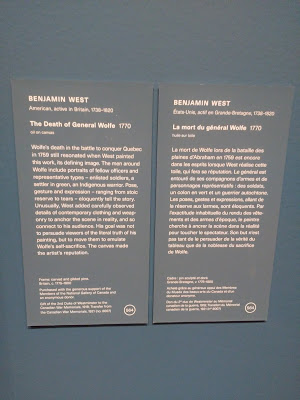