Picking up where I left off yesterday with this set of display panels on Plaza Bridge, this looks at cannabis and the fungi that can be destructive towards the plant. The Dude was nowhere to be seen. 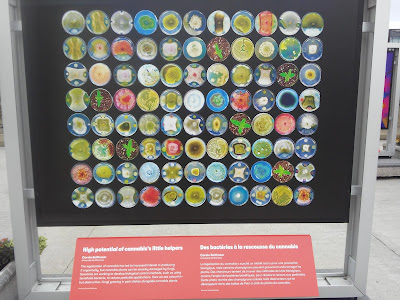 Tagging animals provides scientists with answers about their behaviour out in the wild. Such as bats. 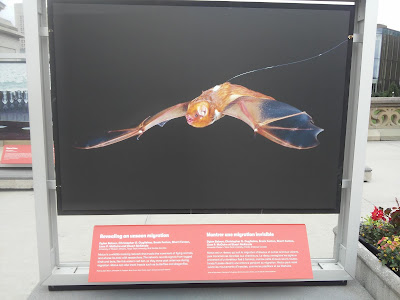 The cutting edge of science: a glass and non-toxic implant that helps along bone healing. 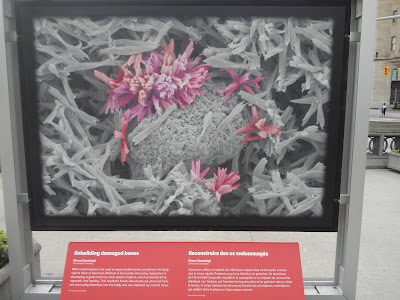 From the small to the cosmic: the death of a supergiant star. 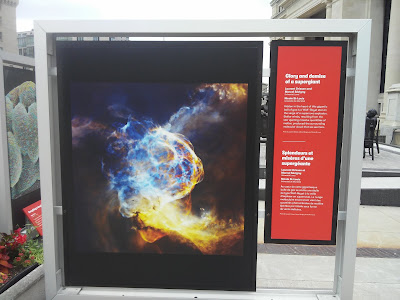 Thawing ice on a macro scale. 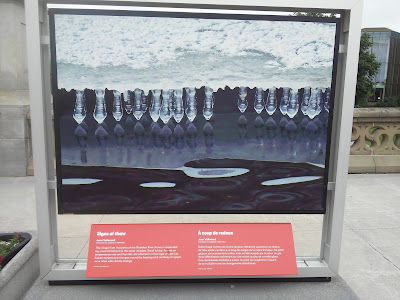 This wasp, preserved in amber, went extinct with the dinosaurs. 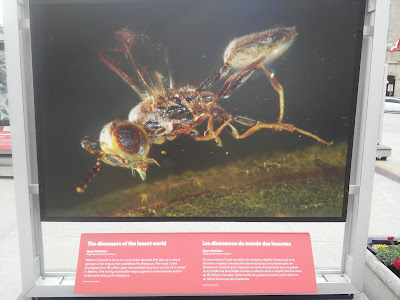 This may look cosmic but isn't. Microbeads of fluid that look otherworldly at this scale. 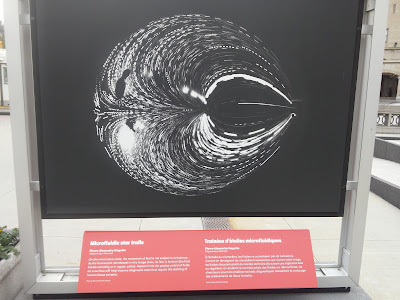 A mistake made during microchip production resulted in this striking image. 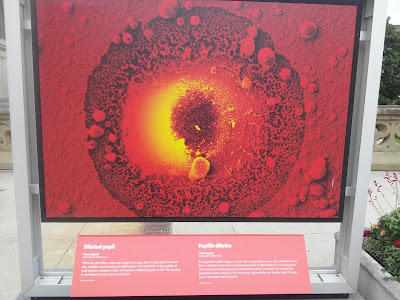 Here we have a cross section of a canola seed. 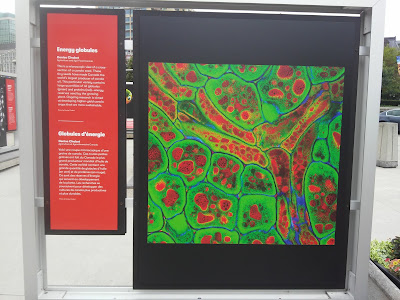 And continuing with the microscopic side of things, this is a protein from a fruit fly larvae. 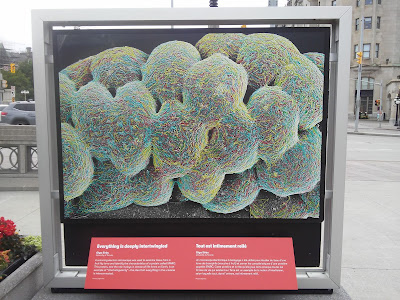 One last shot of this. These display panels typically are present here into October, so if you're in the area, stop on by. 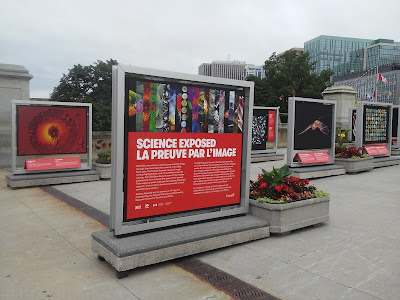