A few days ago on a day with cooler temperatures than those before, I set out for a walk to photograph a few places and fill out the month. My first stop was Richmond Landing. This spot on the Ottawa River ascends through parkland up to the Portage Bridge and includes a monument. Veterans of the War of 1812 landed here following the war with their family and went inland, establishing the village of Richmond, which today has been amalgamated into the city of Ottawa. This pre-dated the building of the Rideau Canal, and so Richmond is older than the city it is now part of. 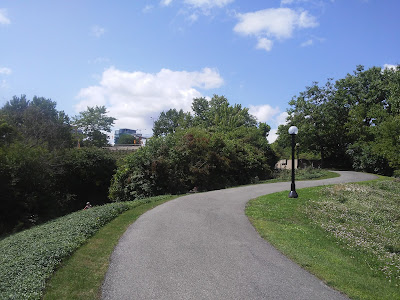 This is a first view of the monument, dedicated in 2012. It is the Royal Canadian Navy Monument. 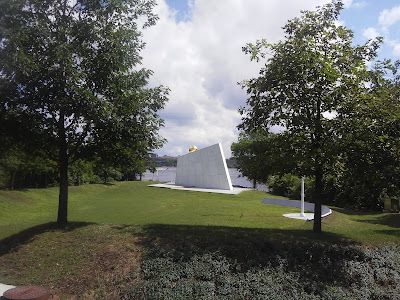 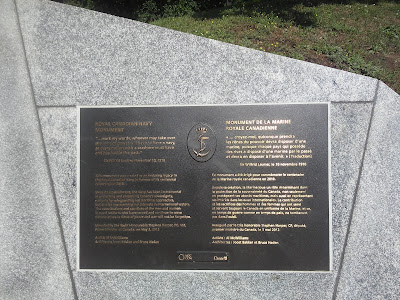 This is a portion of the monument, with names of ships and navy establishments inscribed on a low wall curving around a navy yardarm flagpole. 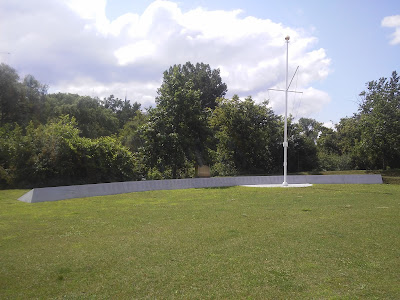 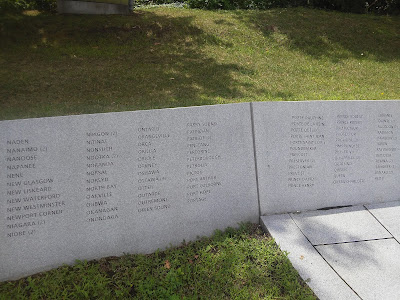 The other part of the monument includes inscribed theatres of operations. 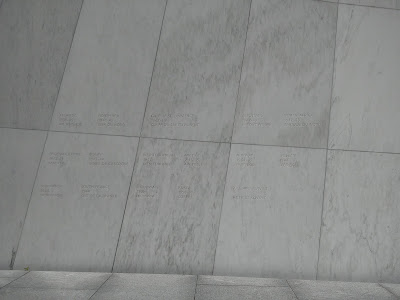 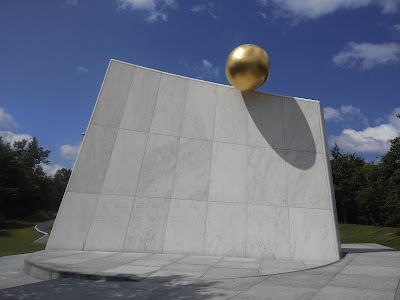 Turning around from the above shot gives us a view of the Ottawa River itself, with Parliament Hill downstream. 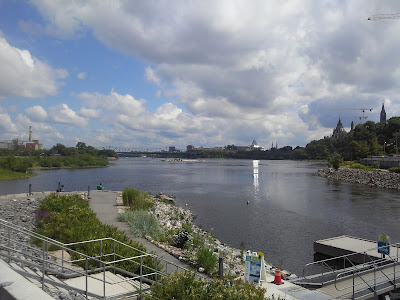 Turning to the left gives us this view of an old mill on Victoria Island. The river goes through a series of channels in this area, and Victoria Island is the largest of the islands here. 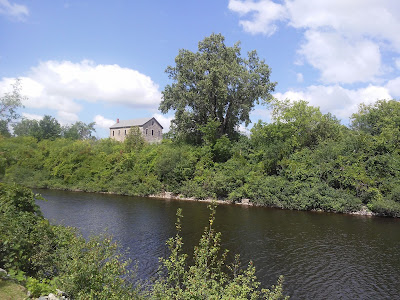 Right down at the tip of the Landing, and how more Canadian can a photograph get? Canada Geese basking in the water with the Hill and the Supreme Court as a backdrop. 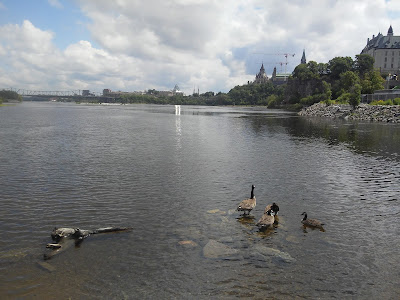 I departed back up slope and noted this flower among the growth here. Any help on identifying it? 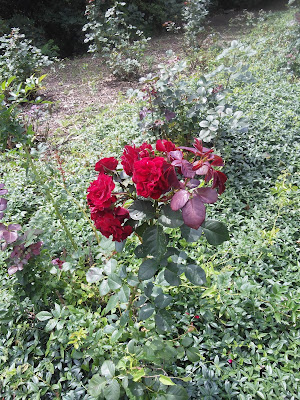 These views are from the Portage Bridge. From here I was heading onto the bridge for one of my twice a month shots of the river looking downstream before heading onto my next destination, which we'll see tomorrow. 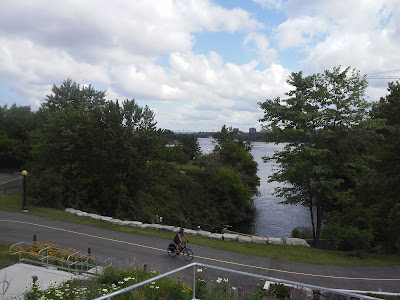 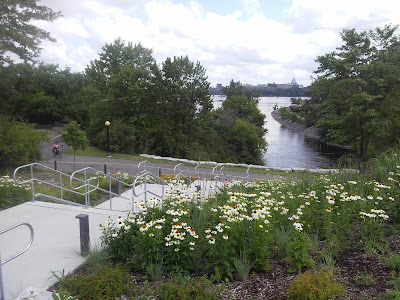