Top Of The War Museum

I proceeded on to the Canadian War Museum during this walk. I wanted to pick up an annual membership that gets me into both this museum and the Museum of History. And I thought I'd take some pictures while here. This is on the river side of the building. The Ottawa River is wide here, just upstream of the Chaudiere Falls, which was my next stop. The bridge in the distance is due for rehabilitation as a pedestrian crossing with a new name. At the moment it is still a former train crossing called the Prince of Wales Bridge. 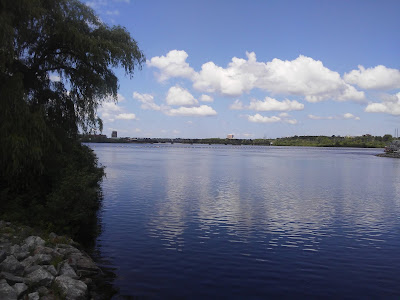 A look back at the Museum. This place dates to 2005, and has the look of a bunker, which is appropriate given its material. It replaced the original location of the War Museum downtown, and tells the story of Canada's history in warfare, at home and abroad. 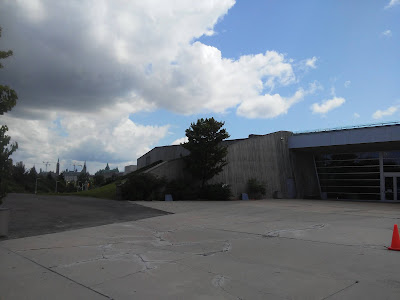 I headed back out and to the ramp leading up onto the roof. This passageway is open except in the winter, and appropriately feels like a trench, albeit a shallow one. 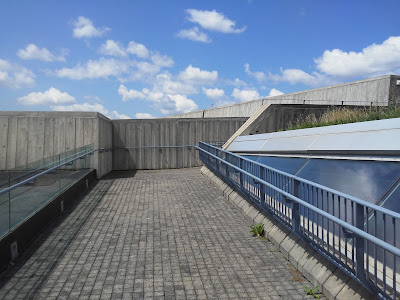 A view at the top towards Gatineau. 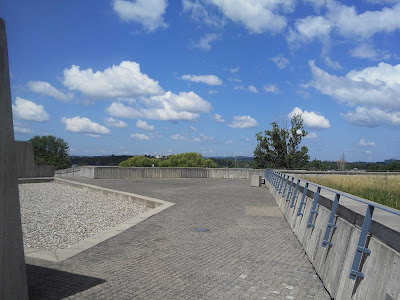 Turning to the right from the above shot gives us this view. The Museum is aligned so that part of its architecture- Regeneration Hall- points towards Parliament Hill, seen in the distance here. 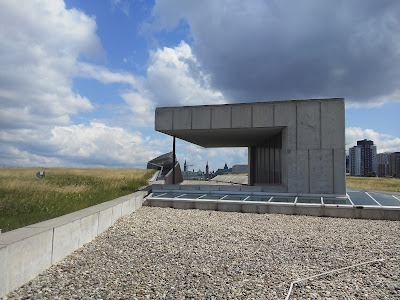 The roof also includes a stretch of grasses planted here. I was too late for the poppies, which can be seen in these grasses in June. 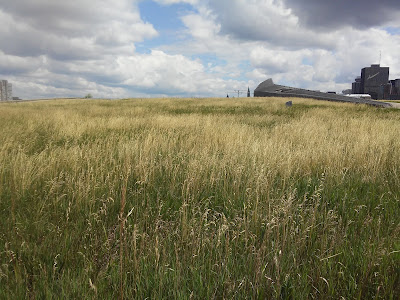 Along the edge, this gull was keeping an eye out. The museum's cafe has an outside area directly below here, so he was looking for opportunities. 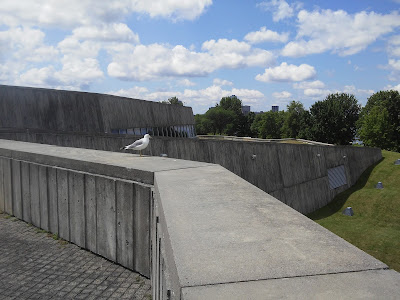 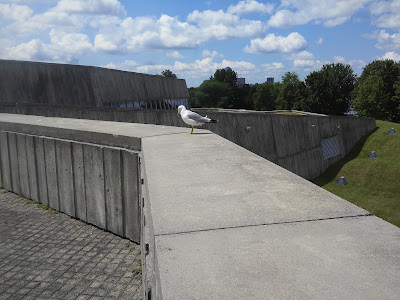 He trotted past me when he concluded I wasn't in possession of any food. 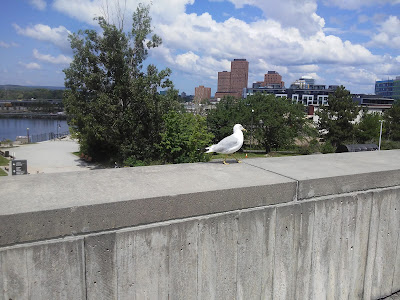 Two views of the river. The Gatineau Hills are off in the distance. 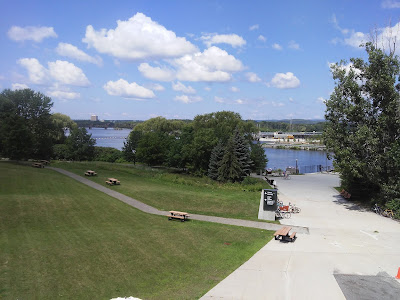 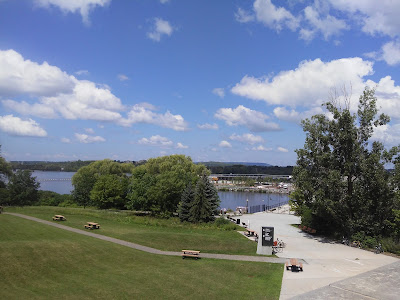 I headed back, taking one more shot of the roof before I went. 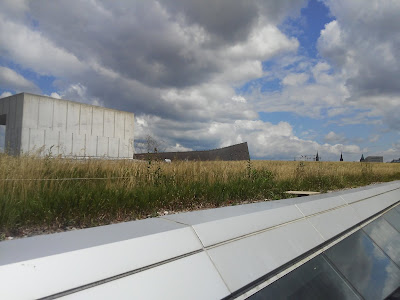 A temporary exhibit presently going on into September. I plan on stopping in sometime in August. 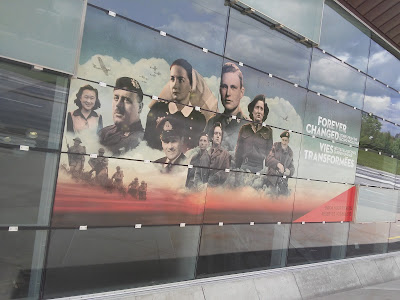 And closing things out, a view of Regeneration Hall and the Lebreton Gallery from street level. 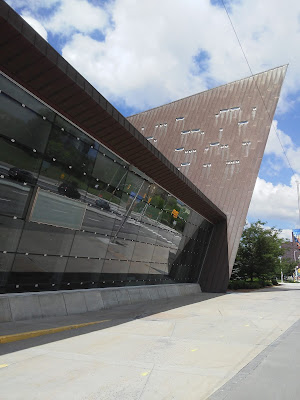