My next destination was the Canadian Firefighters Memorial, which stands in the Lebreton Flats area west of the Portage Bridge. Dedicated in 2012, it memorializes Canadian firefighters who have died in the line of duty or of workplace related illnesses. 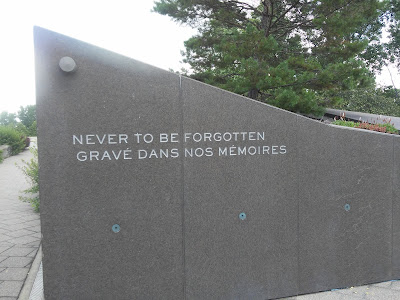 At one entrance, the Firefighters Prayer is inscribed in English and French. 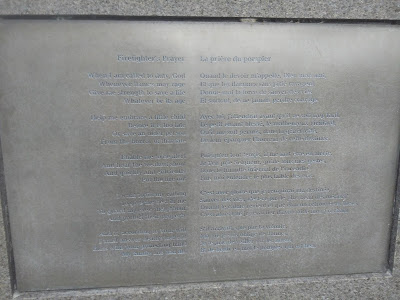 The Memorial is a collaborative effort of monument architecture and landscape architecture, with shrubs and buses deliberately chosen to complement the imposing wall. A large statue of a firefighter is erected on the grounds beside a large fire pole. 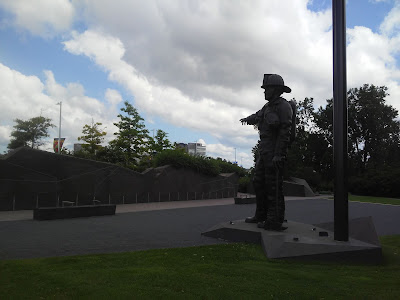 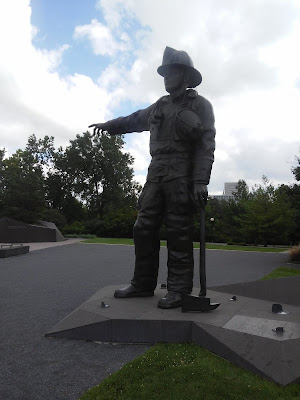 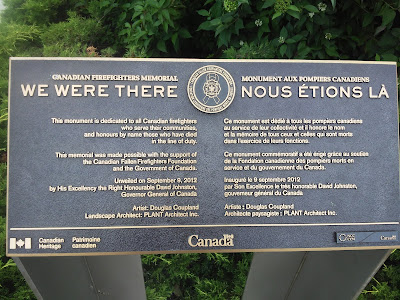 The wall is inscribed with names of each firefighter over the country's history who have given their lives in the line of duty, each organized by province and territory from where they were based. At this point, all provinces and territories are represented with the name of at least one firefighter. The more populous provinces have many names. Each year more names are added, and in September a ceremony is held here honouring those newly added to the wall. I have attended the ceremony on several occasions. 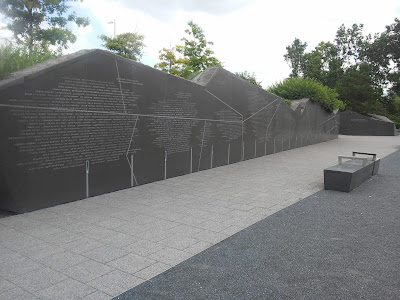 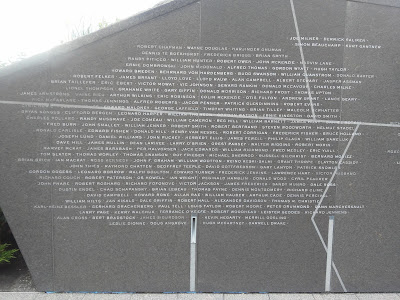 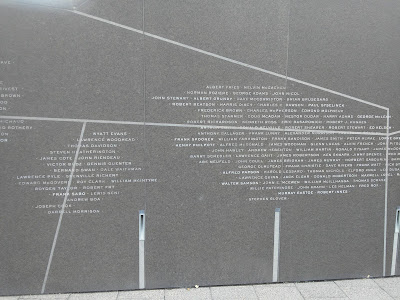 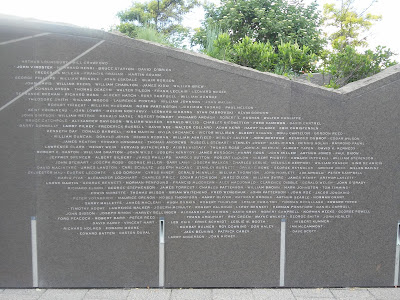 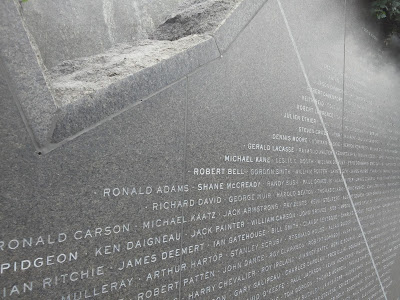 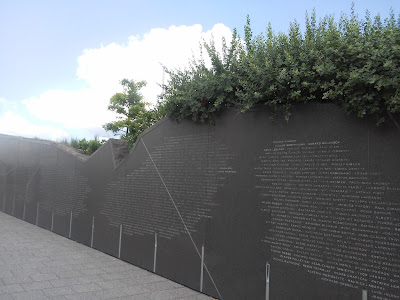 A look from the west. The shrubs and bushes chosen for the landscaping are often the first to regenerate after forest fires. Many of them occupy a slope leading up to the main wall. 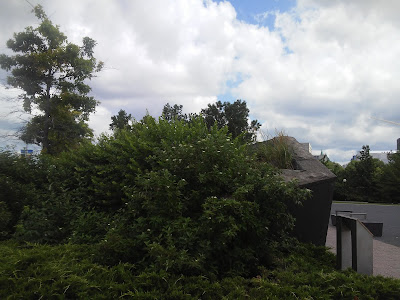 And a look over to the neighbouring monument and the Canadian War Museum beyond it. 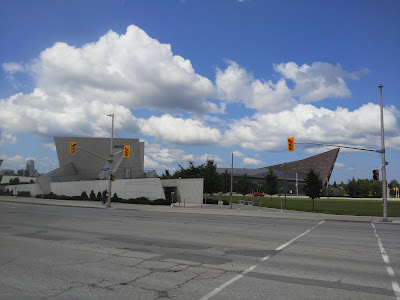