Today I return to the National War Memorial with shots taken a few days ago on an overcast day. The Memorial occupies the heart of Confederation Square, surrounded by other landmarks. It was dedicated by King George VI in 1939, months before the outbreak of the Second World War. Meant to pay homage to the dead of the First World War, it has been rededicated since then to include World War Two, Korea, Afghanistan, the South African War, and Canadian military service in general. 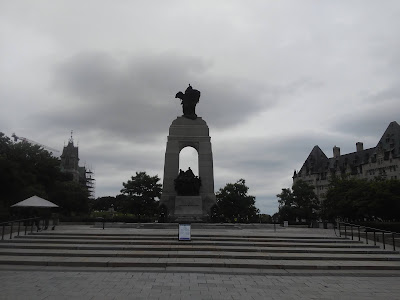 This view from the southeast includes some of the summer flowers. There were groundskeepers around doing some routine maintenance around the back of the Memorial, hence the fencing you'll see in some of these shots. 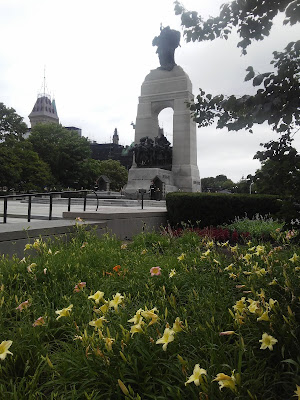 At present members from each branch of the military are serving as sentries throughout the day, at post for an hour at a time before being relieved by the next set of sentries. This is ongoing until the day before Remembrance Day. 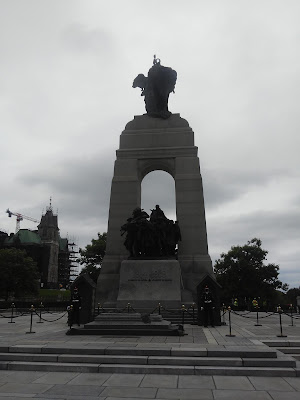 At the base of the Memorial is the Tomb Of The Unknown Soldier. A Canadian soldier who fell at the Battle of Vimy Ridge during the First World War, his remains were re-interred here at the turn of the millennium. 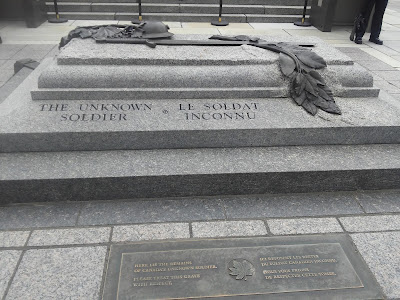 The Memorial was designed as a place of mourning and commemoration. High overhead angelic figures of allegory are positioned, while a set of figures, representing each branch of the services during the First World War, move through the gate. These are all larger than life. 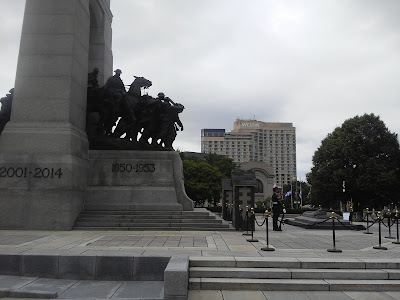 Off to the sides are sitting areas with plaques that go into detail about aspects of the Memorial. This is on the west side. 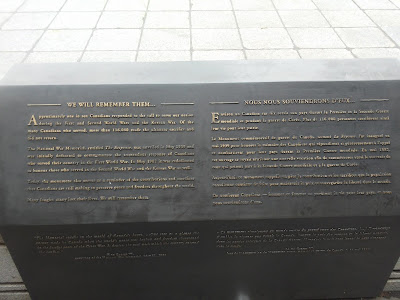 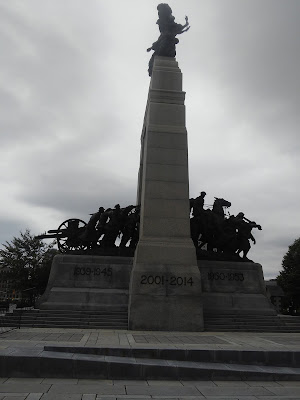 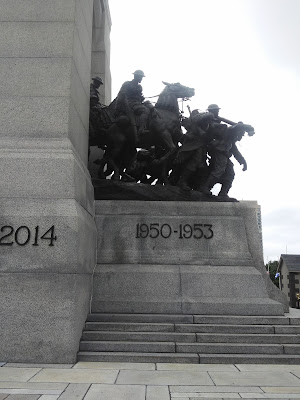 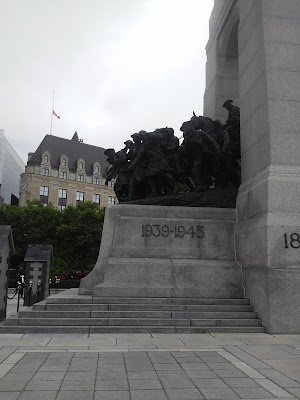 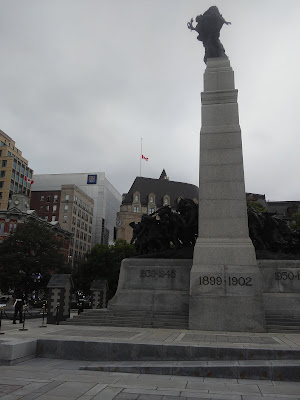 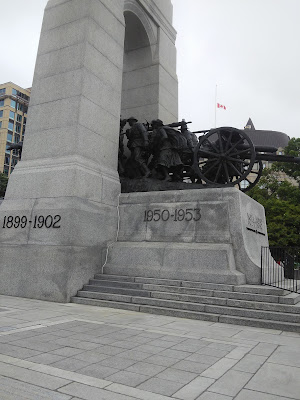 The sitting area on the east side includes plaques about the Tomb of the Unknown Soldier. 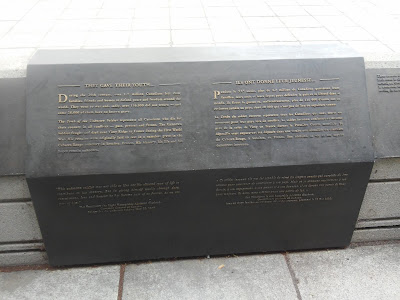 A final shot from the east side. 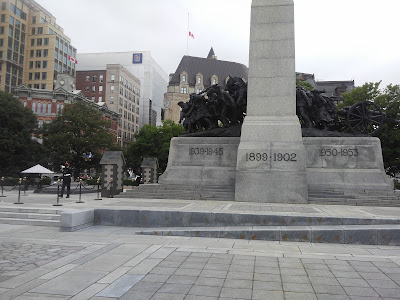