The National Holocaust Monument was opened several years ago on Lebreton Flats to commemorate the millions killed during World War Two by the Nazis. It is a collaborative effort, with stark, angled architecture entirely appropriate to its theme. 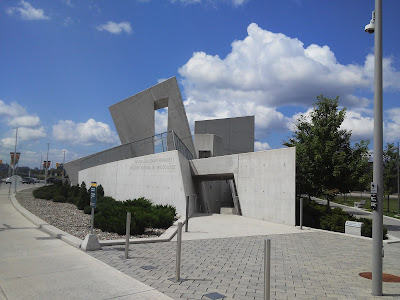 Down through one entrance we go. 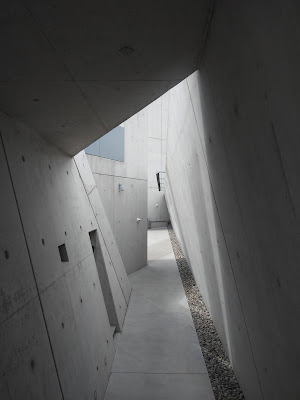 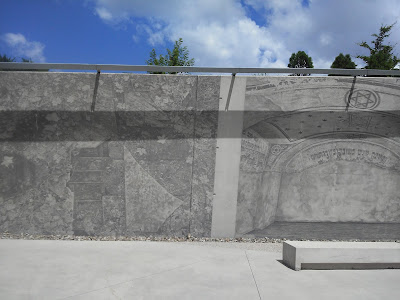 Stepping into an antechamber gives us a space of reflection, with a memorial flame in an alcove on the wall. 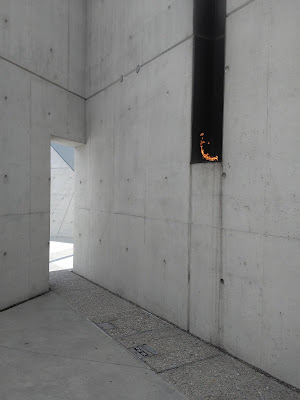 Stepping back out of this space brings us to the next of the Burtynsky photos. Abandoned Railbed, Treblinka, Poland shows how nature is gradually reclaiming the path to the Treblinka death camp. 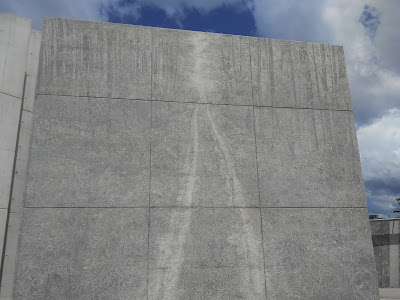 Here we have Track 17, Berlin, Germany. This was the departure point for many Jews and others to death camps during the war. 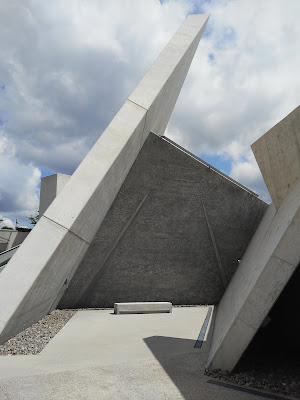 Fence, Auschwitz-Birkenau, Poland is the most haunting of these photographs. 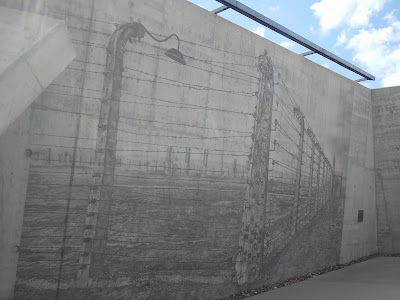 Site Of Death March, Near Mauthausen, Austria depicts a quiet scene today. In the dying days of the war, in an attempt to hide their crimes, the Nazis forced prisoners to march out from the camps towards territories still in German hands. 20 000 sick and weakened Jewish prisoners passed by here in the last days of the war; those who were unable to keep up were shot and left in the ditches. 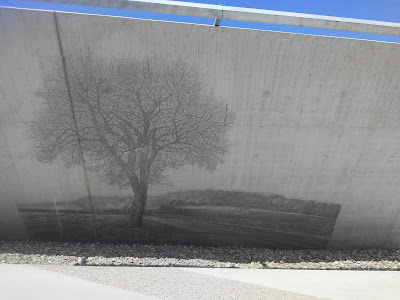 A series of panels goes into detail about the Holocaust. 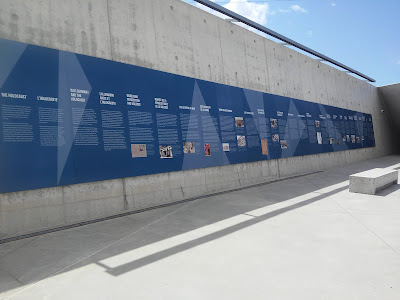 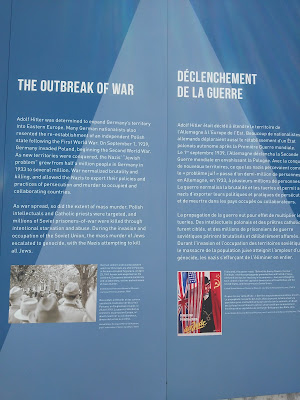 A look from here towards the staircase heading to the upper level. 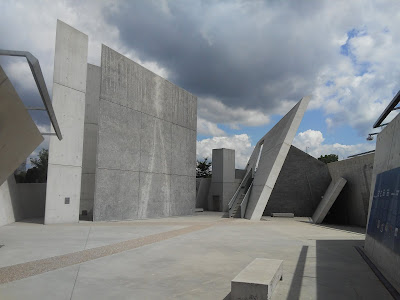 Up here the monument is aligned to look towards the Peace Tower, visible in the distance at a gap in the trees. 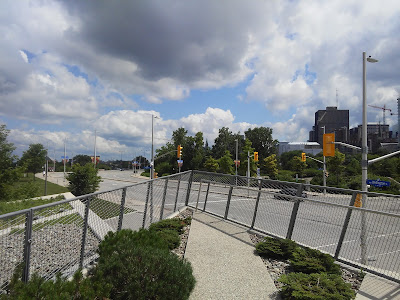 A look down from here at the monument. 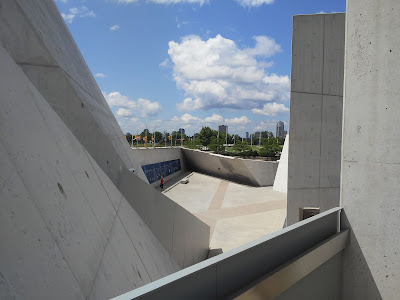 And a closing shot today from the west entrance. This monument is a sobering, haunting one, and well suited to its purpose. 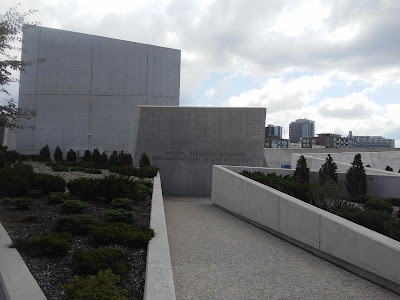