At The Supreme Court Of Canada

A few days ago I decided to photograph the Supreme Court of Canada. This Art Deco masterpiece is the current headquarters of the Court, designed by Ernest Cormier, and neighbours Parliament Hill. Construction of the building began in 1939, with first cases heard in 1946. 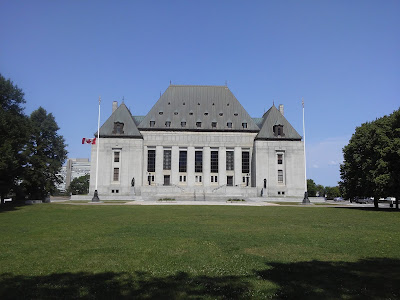 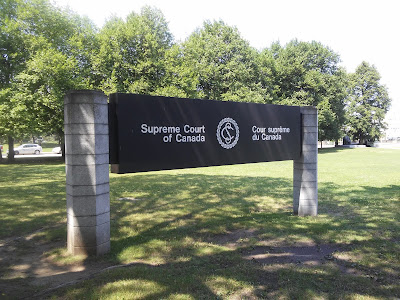 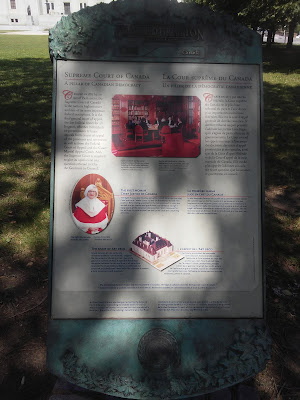 On the grounds is a statue of a prime minister. Louis St. Laurent was a respected lawyer recruited by William Lyon Mackenzie King to serve as a justice minister in his cabinet, and succeeded King as PM. His statue's placement here is appropriate; had he not gone into politics he would have been an ideal fit for the Supreme Court. 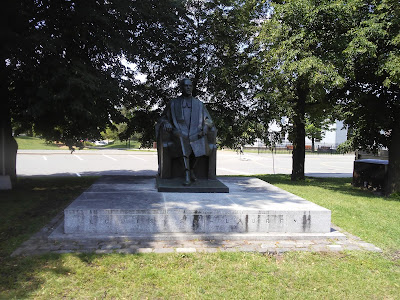 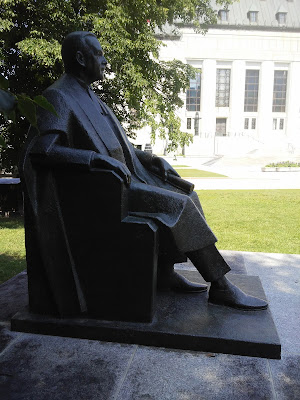 The building did not appear open for visitation when I passed by, which may be a Covid thing. I hope to get inside sometime soon again. Two statues flank the stairs leading to the main entrance, both by the sculptor Walter Allward. It was Allward who created the monumental Vimy Ridge Memorial, and both statues bear his style. 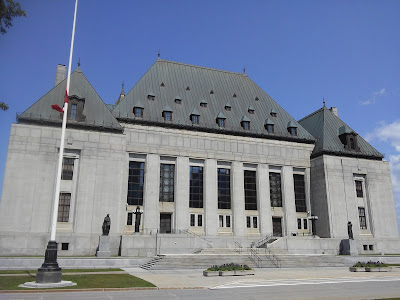 Veritas, or Truth, is this one on the west side. 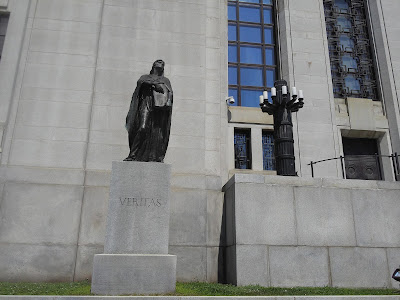 A look up the stairs. 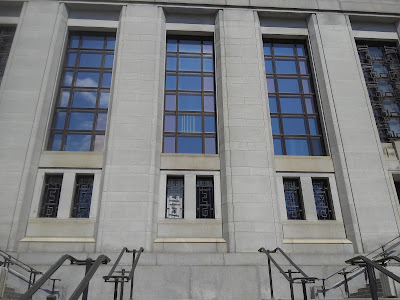 And here we have Justitia, or Justice. 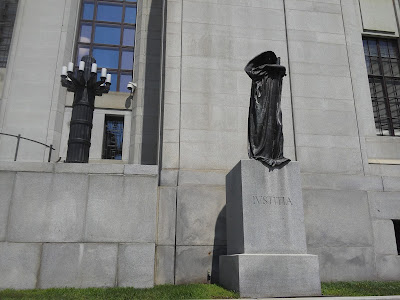 Canadians watching newscast reports featuring a Court case might often see Justice at this angle, with Parliament Hill in the background. 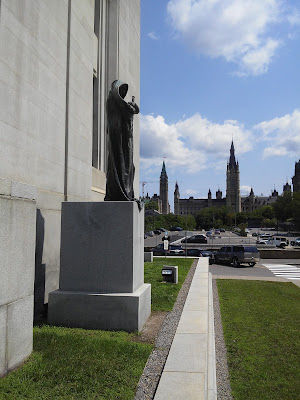 Heading behind the building brings us to an overlook of the Ottawa River below, with Gatineau on the far shore. A look west takes in the Portage Bridge. 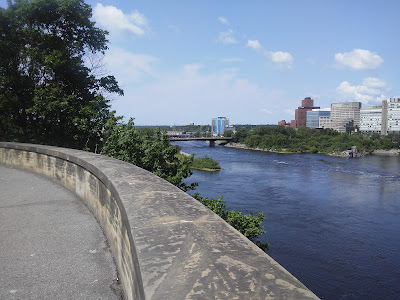 A look forward gives us a view of the Alexandra Bridge in the background, with a glimpse of the Museum of History. The island in the river below has some hardy bushes that somehow manage being inundated in the spring. This time of year birds hang out on it. 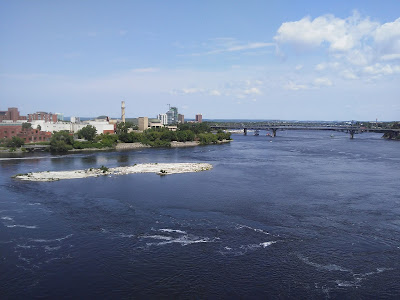 And a last look for today to the east, with Parliament Hill. 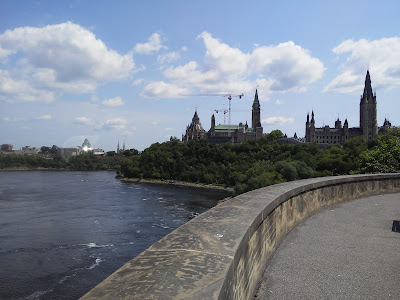