After leaving the War Memorial as seen in yesterday's post, I walked nearby. Plaza Bridge crosses the Rideau Canal here, and during the summers large displays are erected at this spot with various themes. This year it's all about science. 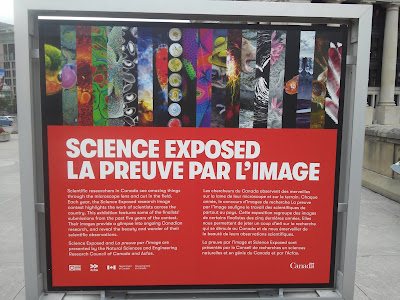 I focused in on each in turn, with panels beneath offering details. I hope they're readable. These crustaceans spend the winter beneath the ice. 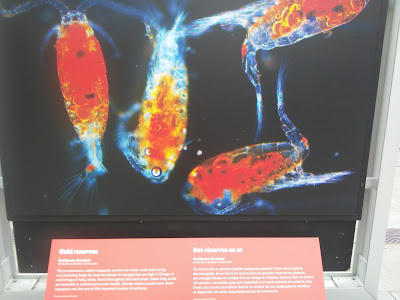 The paw of a mouse embryo. 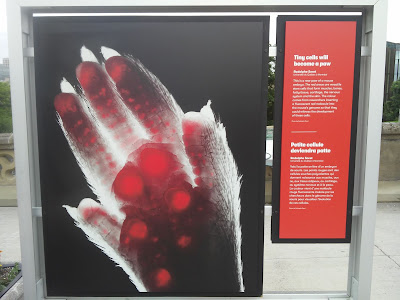 Two bears at play- my favourite of these panels. 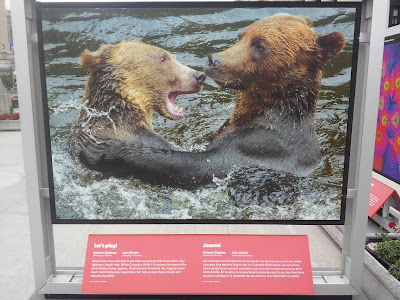 A lobster in the pre-larval stage. 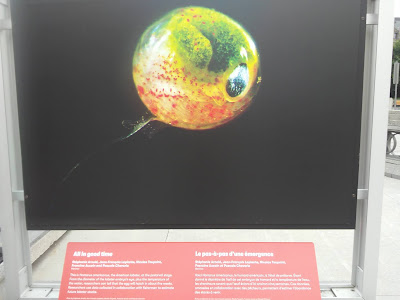 This image shows some of the building blocks of DNA. 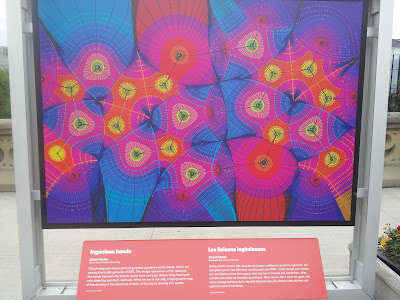 An octopus- two thousand metres down in the ocean. 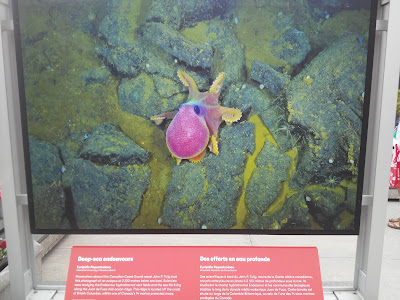 A microscopic image of neurons. 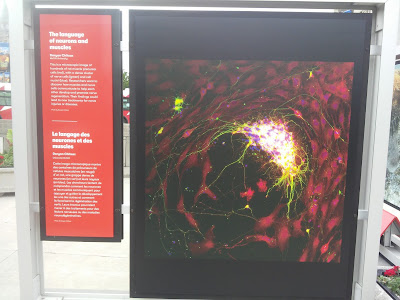 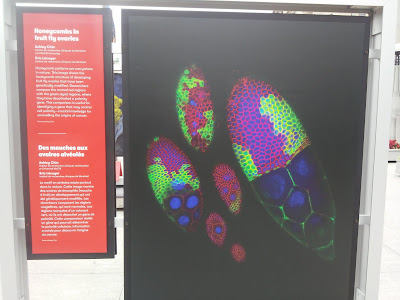 Wasp eggs, often laid in the seed of trees. 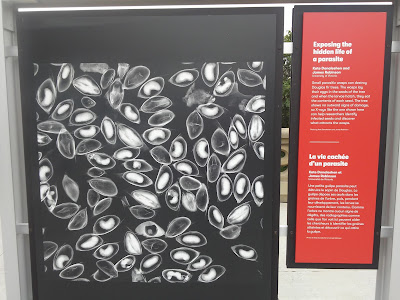 Two toads caught in flagrante delicto. The male neotropical yellow toad turns yellow for a few hours once a year for mating before going back to its usual look. Guys, you try that.
More of this tomorrow. 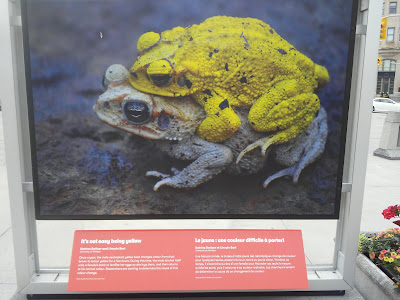