One day I photographed these bushes outside Knox Presbyterian Church downtown. We had these on the property when I was growing up, and we called them snowball bushes. 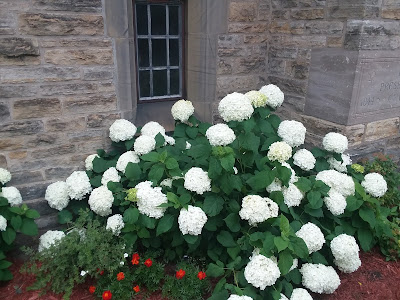 These were at McPhail Baptist Church close to home for me, taken the following day. 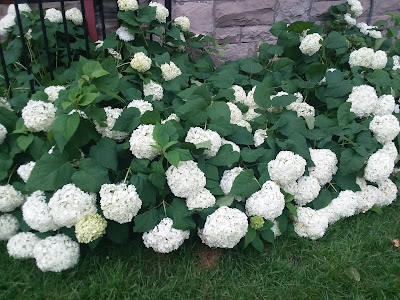 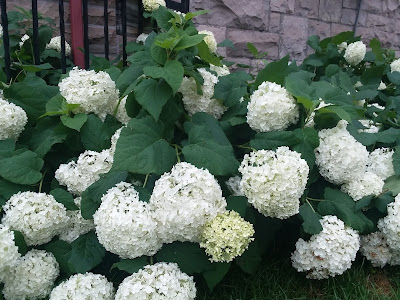 On that particular day I was on my way to the Portage Bridge to photograph the view downstream towards Parliament Hill as I do a couple of times a month. On my way these bushes caught my eye. 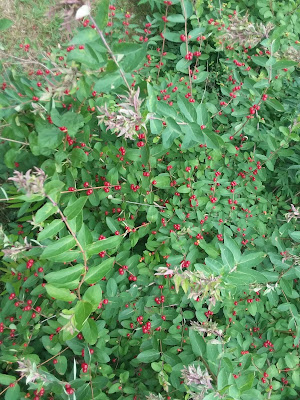 Further along I passed through Richmond Landing on my way to the bridge. The landscaping in this upper portion of the landing has been redesigned in recent years, so the plants and flowers on the slope are new. 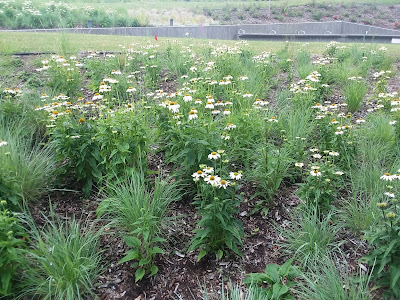 The sculpture up at the top is called the Gather-Ring, and was done by First Nations artists. 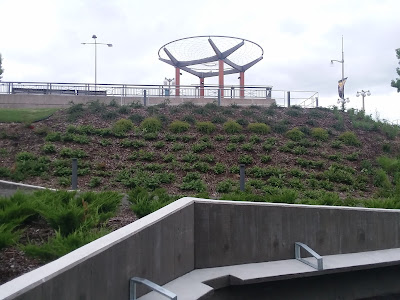 I got onto the bridge to take my photographs, and decided to continue walking along into Gatineau. At this end of the bridge on the Quebec side of the river is a flower bed I featured during the Tulip Festival. New flowers were growing. 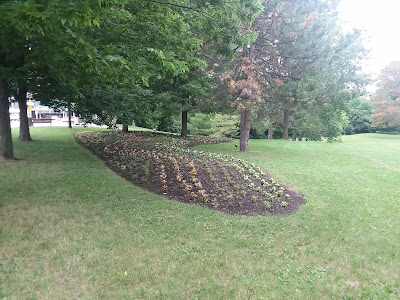 I returned into Ottawa. Heading for the downtown, I stopped at the Garden of the Provinces and Territories, a mix of gardens and terraces with various plants and flowers. It lies across from the headquarters of Library And Archives Canada, a short walk up from Richmond Landing. 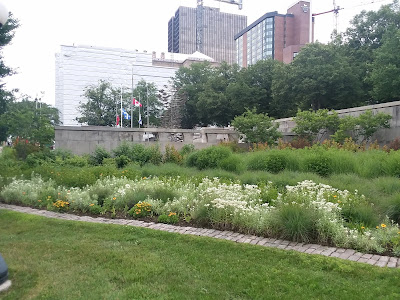 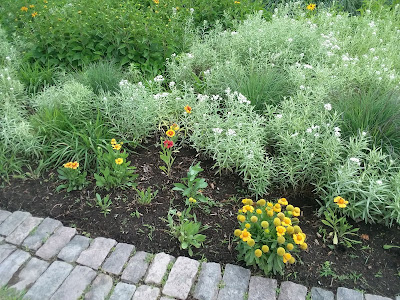 This water feature is on one of the terraces. Provincial and territorial flowers are engraved on the wall in the background. 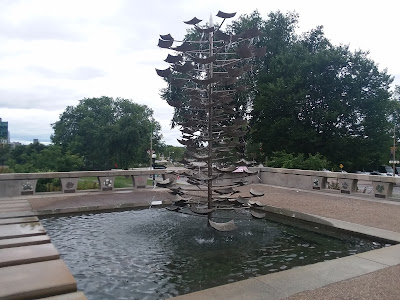 And a couple of blocks away, I took this shot of snowball bushes outside a hotel. 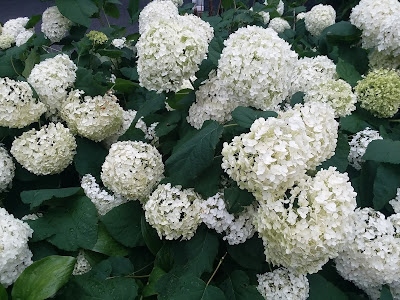