The French and the English had been rivals in Europe for centuries before taking it to the New World. While New France was established, the English would make colonies of their own and establish trade networks through large parts of North America in the meantime. In the end it would lead to war. 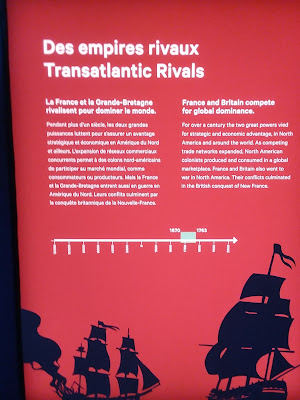 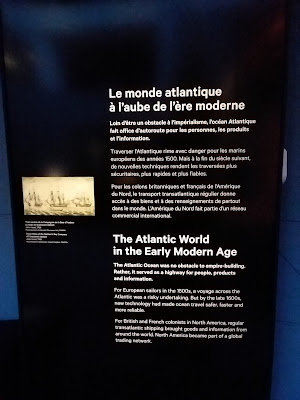 Some artifacts of the times are seen here. 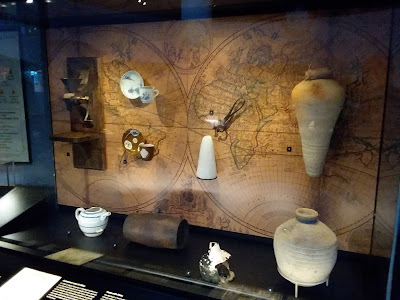 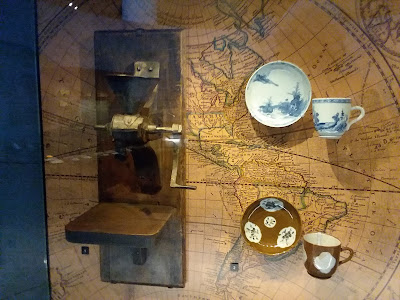 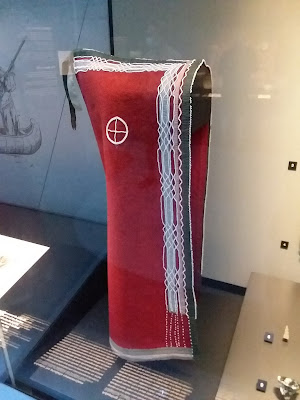 The Hudson's Bay Company would be the largest of the trade networks of English North America, with a monopoly on trade in the massive watershed of the bay. Indigenous traders would bring furs to the company forts on the coast of the bay. 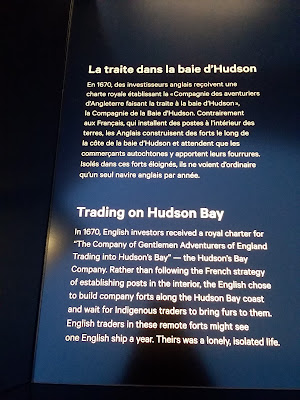 A sketch of one of those forts is seen here. 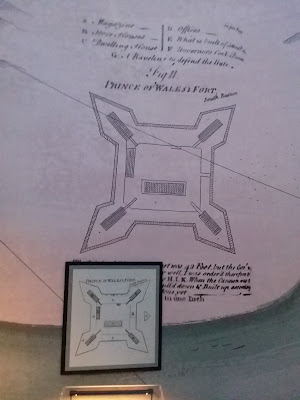 And these are contemporary items from the company, which still exists today as a chain of department stores generally referred to as the Bay. 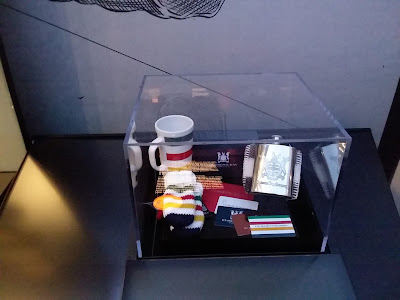 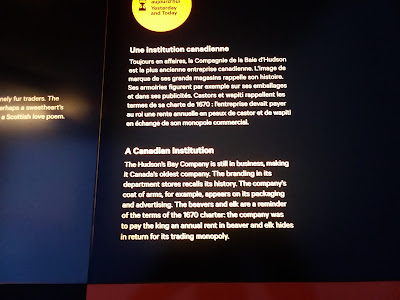 To close things out today, in this display case, a wampum belt. 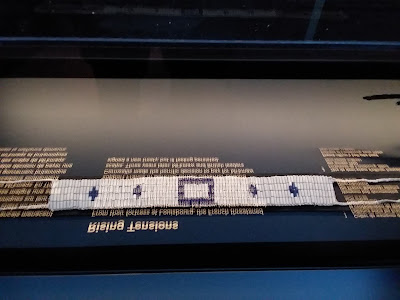