It was time to switch out to a fall header. Yesterday I added one taken last year during a walk along the Ottawa River towards Parliament Hill.
This quote from Lord Durham is on a wall in the Museum of History, near where I left off yesterday. 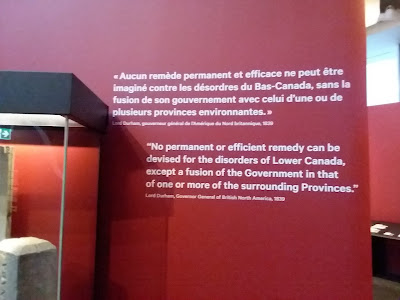 Two figures rose out of the new colonial legislature to lead it together, men who laid the groundwork for Confederation: Robert Baldwin and Louis-Hippolyte LaFontaine. Their initiatives towards responsible government and moving forward were fully supported by a successor to Durham as governor-general, Lord Elgin. 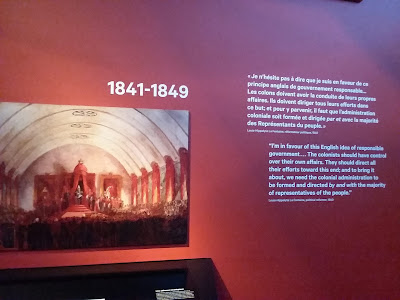 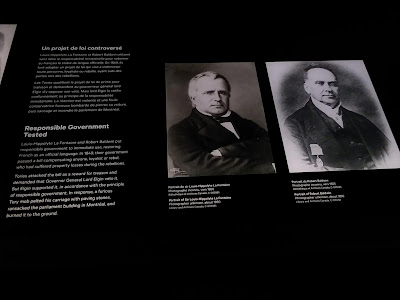 This is a bust of Lord Elgin. 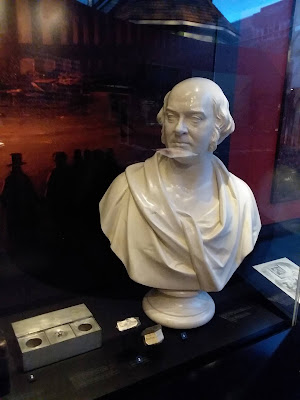 In the years that followed, colonial leaders in the various Canadian colonies continued their own efforts. The 1860s would give rise to Confederation. This large area begins to explore the era in detail. 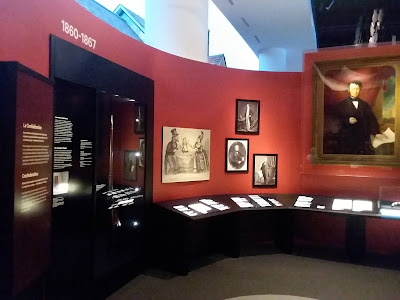 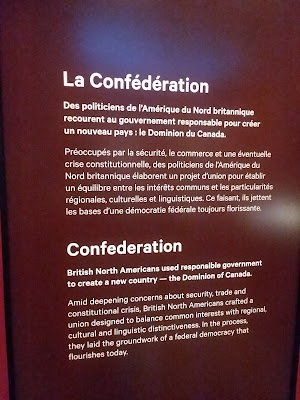 One of the factors driving Confederation was the situation south of the border with the bloodshed of the American Civil War. It emphasized the need for a strong central government. The American Secretary of State, William Seward, mused on more than one occasion about annexing Canada, all while his country was at war with itself. Irish-American veterans of that war would launch what were called the Fenian Raids after the war in an attempt to hold Canada for ransom and force Britain to grant independence to Ireland. The raids were thwarted each time. 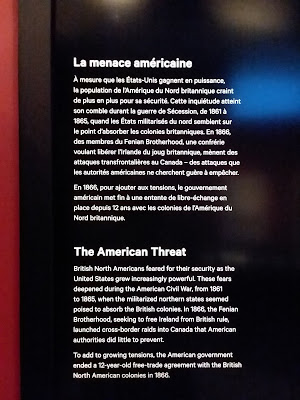 This medal was given in honour of service during the Fenian Raids. 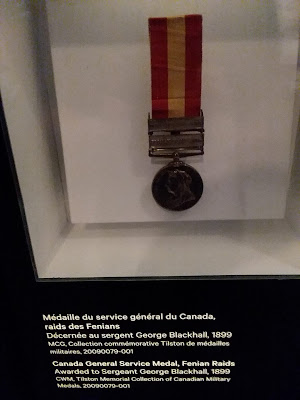 A rifle taken from one of the raiders is on display, along with a U.S. service coat and trousers of the Civil War era. Many of the Fenian Raiders simply wore their Union uniforms during the time of the Raids. 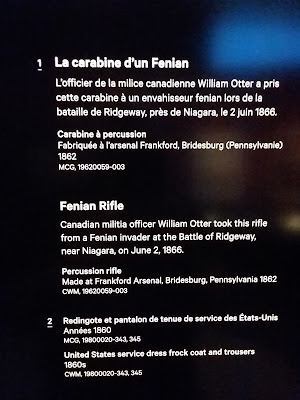 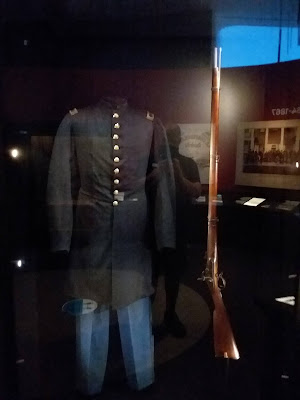 I leave off with this for today, giving a sense of politics in the Canadian colonies during this era. I'll be back to this after the start of the month, but interrupting this series for the next couple of days. 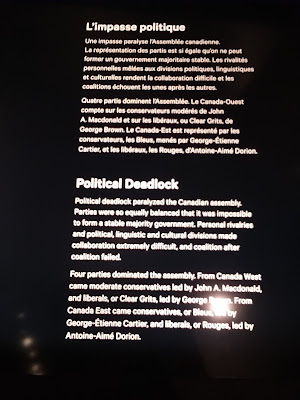