The Architectural Splendors Of The Grand Hall

The Grand Hall is very much the heart of the Canadian Museum of History. The large windows facing out onto the river and Ottawa beyond it are part of the whole. The totem poles and sculptures are another. And the six facades, constructed by First Nations artisans of the current era and based on those of the Pacific Coast tribes that once existed, are yet another. One item I can't recall mentioning before is the background. It stands behind the facades, and is a photograph of a West Coast forest scene. It is one of the largest photographs in the world. 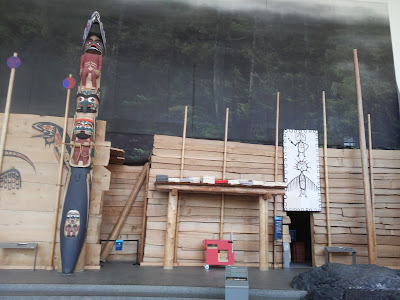 A glance outside. The upper portion of the Museum's water feature has remained dry this year. 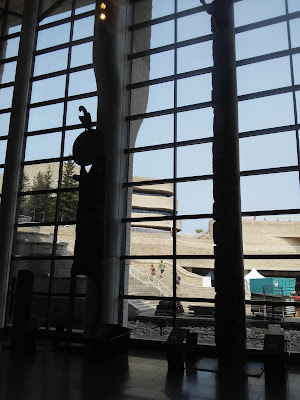 This Hall is one of my favourite places. 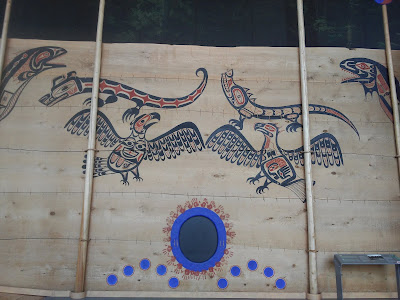 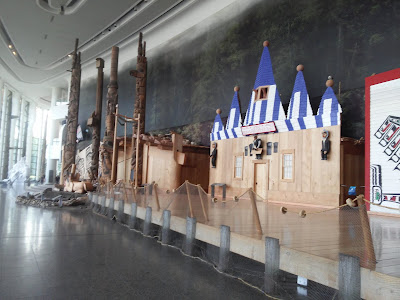 Some of the totem poles and sculptures are historical in origins, while others have been fashioned in the current era for the Museum. 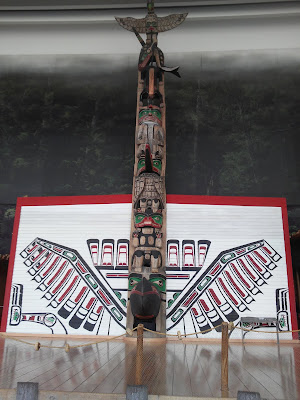 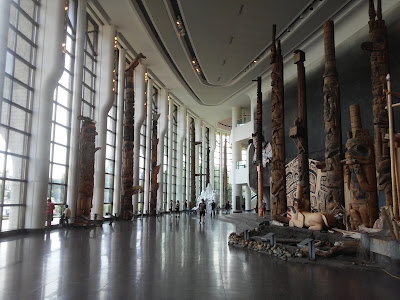 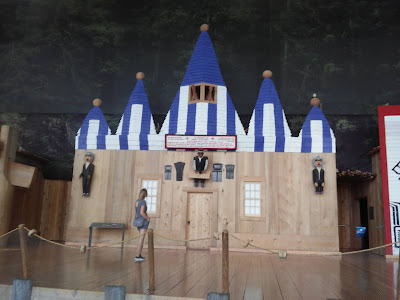 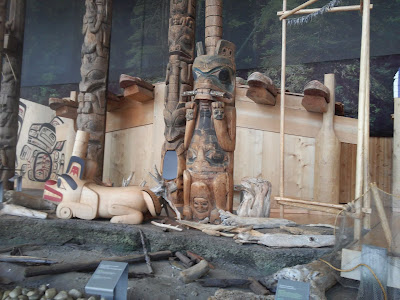 Outside in a reflecting pool sits a sculpture by Mary Anne Barkhouse, based on a family story. It is called namaxsala (To Travel In A Boat Together). It dates to 2013. The Ottawa River and the Alexandra Bridge stand in the background. 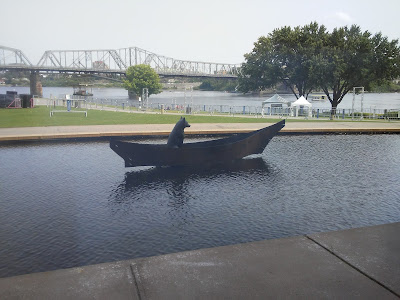 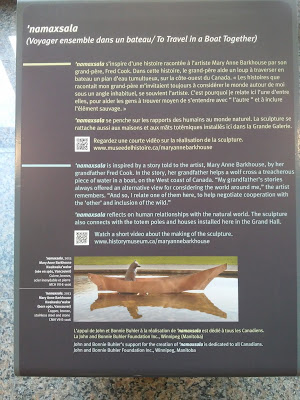 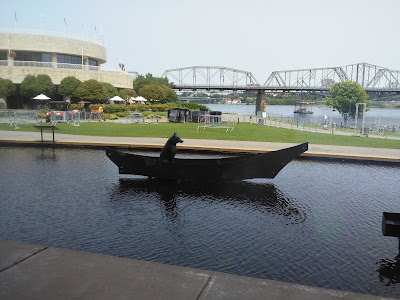