Picking up from where we left off, here we have more artifacts of settlers from the first part of the 19th century. 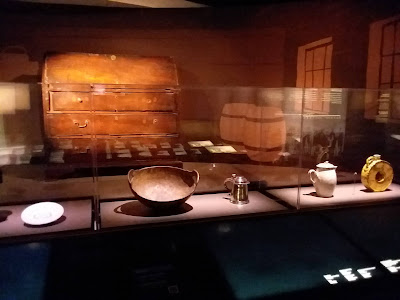 The thirty years from 1837-67 would be transformative for Canada. The Rebellions of 1837-38 would change the organizations of the colonies, and then lead towards the move towards responsible self government. 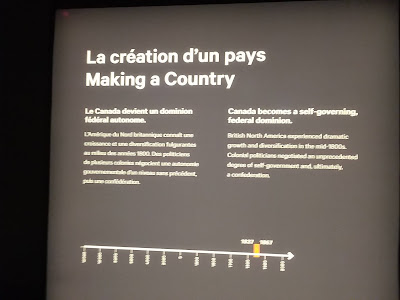 Life in the Canadian colonies changed over the first half of the century, with Montreal very much the driving force of the country. 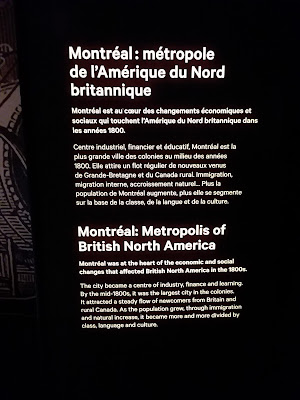 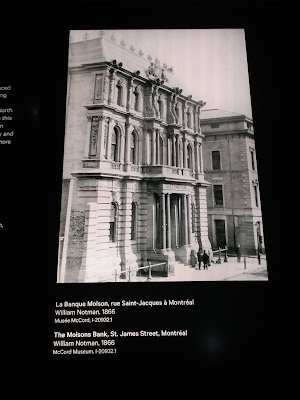 Artifacts here include a beautiful sleigh. 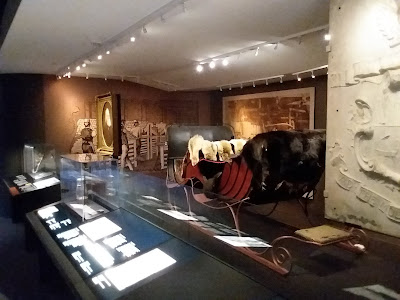 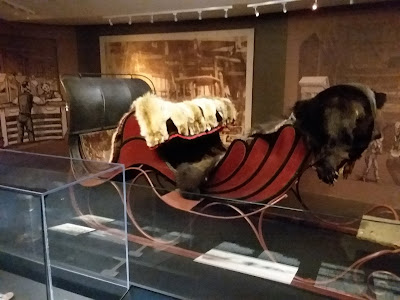 Across is a portrait of Queen Victoria and a crest that once hung in Montreal. 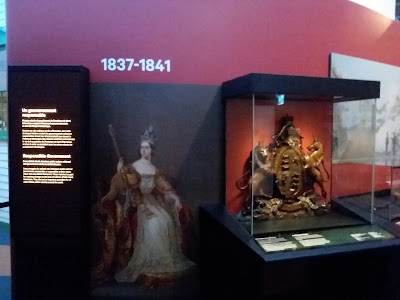 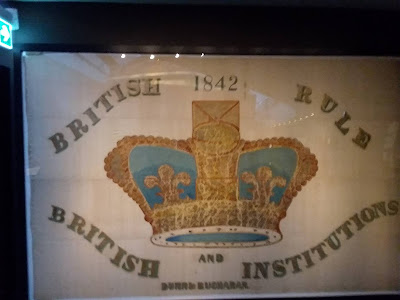 Out of the failed rebellions came the Durham Report, and the fusing of Upper and Lower Canada, today Ontario and Quebec, into a single legislative entity. 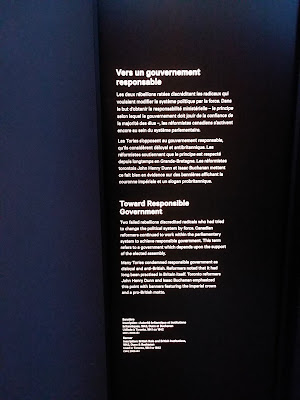 Lord John George Lambton Durham became Governor-General of Canada in 1838 and prepared the report on the fallout of the rebellions. 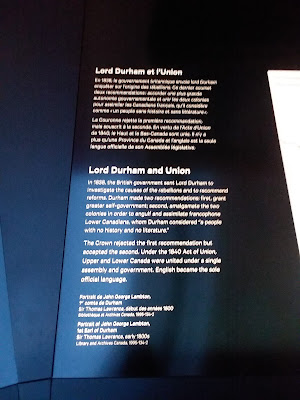 We conclude today with a portrait of Lord Durham. 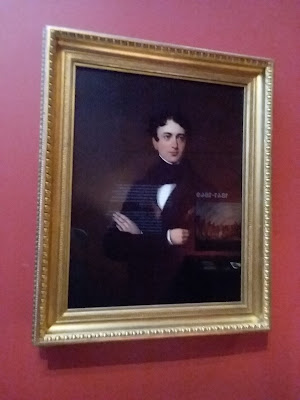