A large display combining text and imagery pre-dates the French and Indian War. Edward Cornwallis, governor of Nova Scotia from 1749-52, initiated hostilities and a policy of extirpation against the Mi'kmaq peoples. 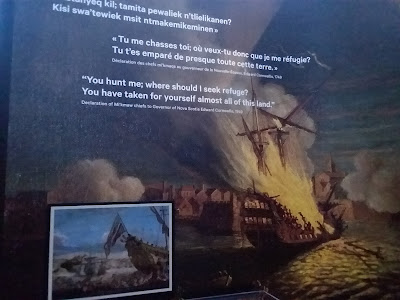 The long standing tensions between the English and the French would come to a head between 1754-63 in what came to be called the French and Indian War. Elsewhere it was known as the Seven Years War. Churchill would characterize it as the first true world war, since it raged across the globe. 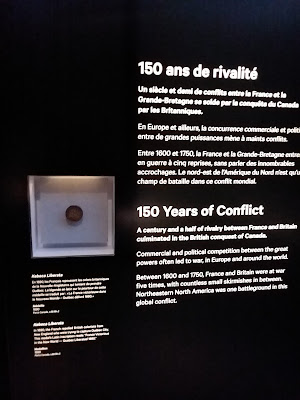 One of the artifacts of the era is the cloak of a commanding British general. 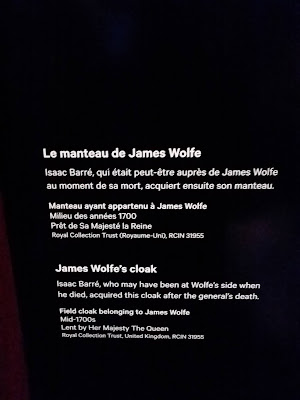 It proved somewhat of a challenge to photograph. 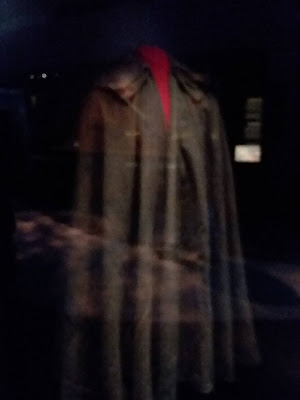 Four paintings are side by side here, from the era, done when four Indigenous leaders went to London to meet Queen Anne. Four Kings Of Canada are done by John Verelst. 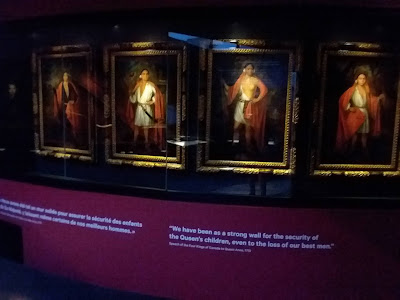 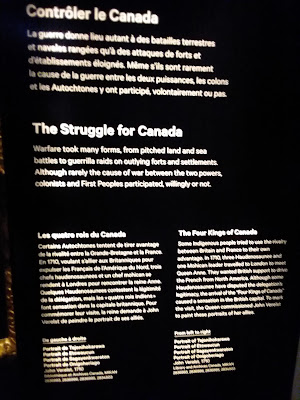 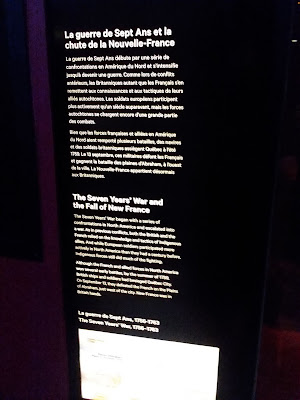 This painting is by J.C.S. Schaeck, done around 1766, titled General Wolfe At Quebec. It occupies one end of a large display case. His French counterpart, who I'll show tomorrow, is at the other end of the case. 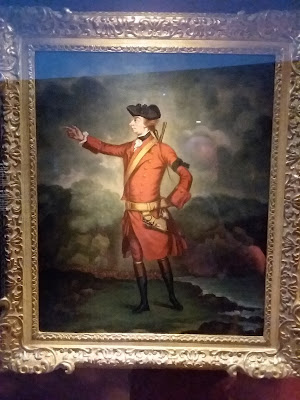 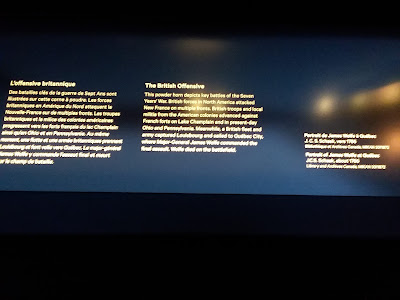 In between them are weapons of the era. 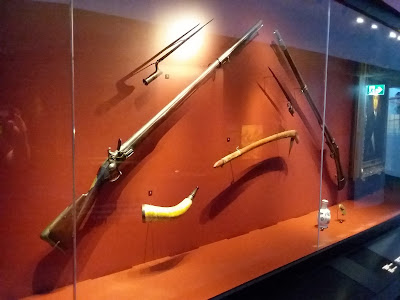