An unknown artist painted Portrait Of Louis-Joseph de Montcalm in the 1800s. Montcalm was the commanding French general at the pivotal Battle Of the Plains of Abraham at Quebec City, climax of the French and Indian War. Like his counterpart James Wolfe, Montcalm would die of wounds sustained at the battle, but Wolfe would be the victor. 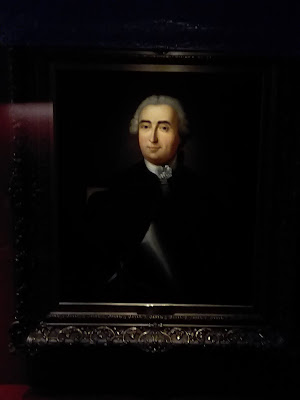 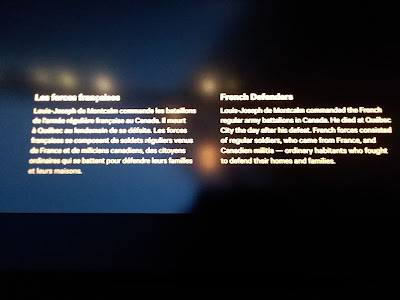 The second gallery space here in the Canadian History Hall picks up the story in the wake of the war's conclusion. New France was no more, but Britain had multiple issues to deal with in having greatly expanded their territory. How to govern all those French speaking settlers. How to deal with the First Nations peoples. Pragmatism seemed to be the proper course to follow. 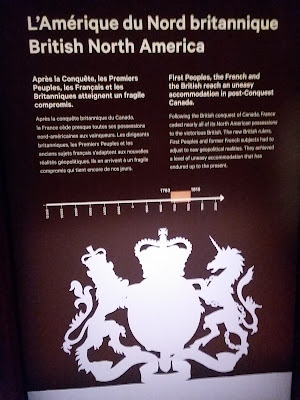 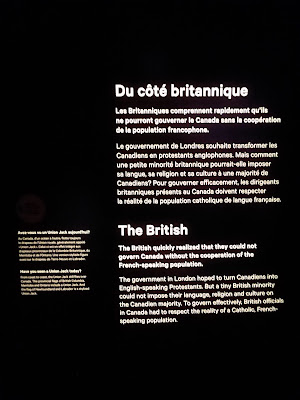 This display case and artwork caught my eye. 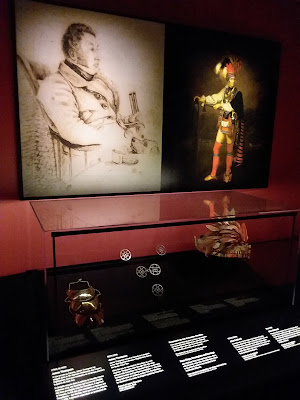 The American Revolution would have its own impact on the development of Canada, with a big influx of Loyalists from south of the border coming north to start over. Tensions would remain in place, leading eventually to the War of 1812. 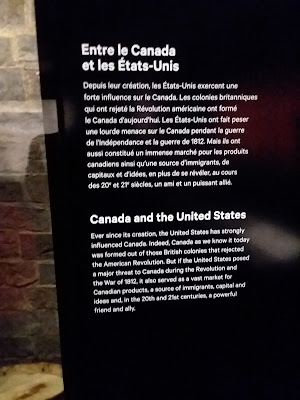 Here we have a uniform and other items of that period. 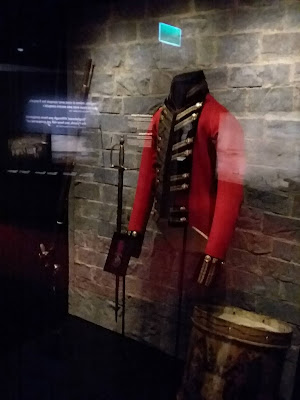 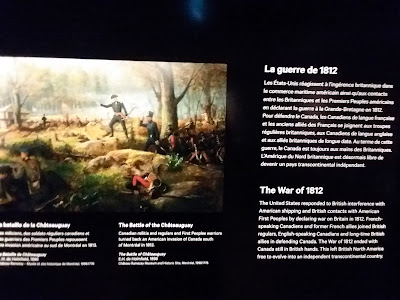 The clothing here are all made by Huron-Wendet artisans. 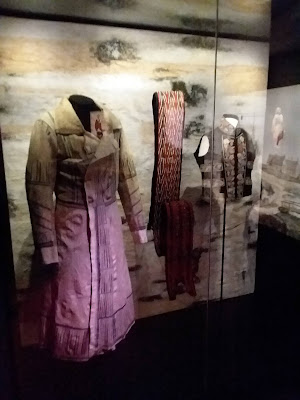 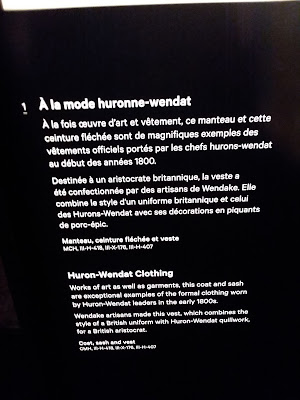 And to finish off today, this is a capot, a hooded overcoat that started being worn in the days of New France. This particular one dates to the mid 19th century. 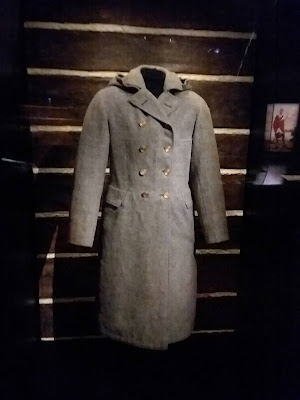