One of the additions into the Canadian History Hall since its reorganization in 2017 is a video display of faces of the past. The community of shishalh, near Vancouver, was the site of collaboration between archaeologists and the tribe, who uncovered the remains of a family that had died some four thousand years ago. Digitally reconstructed faces using 3D scanning now stare out across time on a screen; they look at us, they blink, they breathe, and their faces shift position. Following the work done with researching the remains, the bodies were returned to the community for reburial. 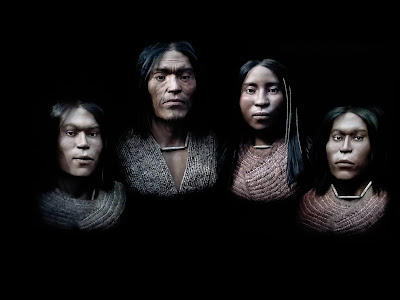 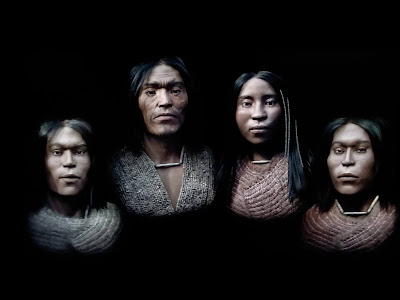 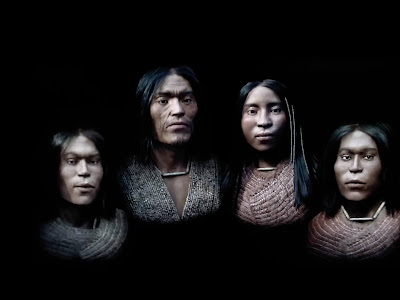 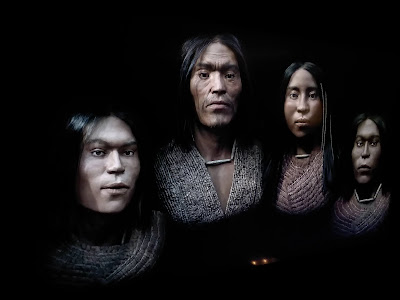 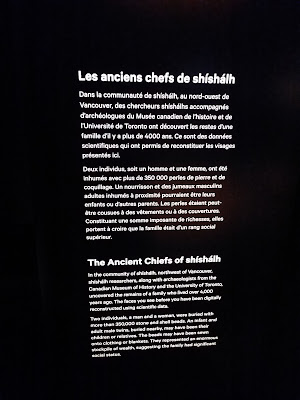 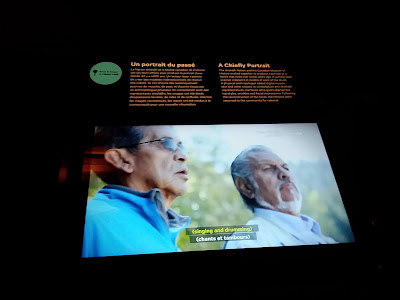 Nearby stands a contemporary version of a longstanding Indigenous tradition, the birchbark canoe. The one displayed here was built in 2015 by Mik'maq elder Todd Labrador. 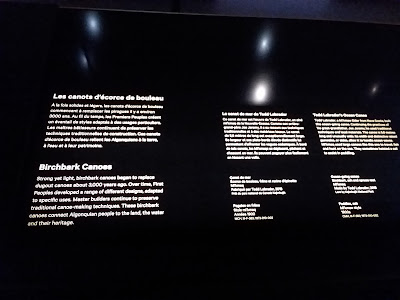 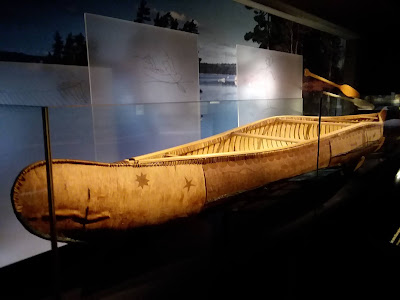 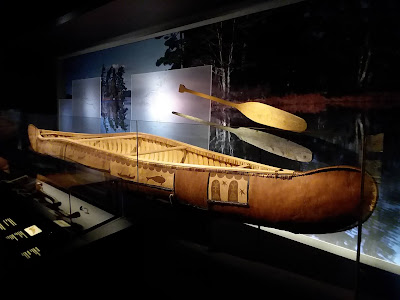 Another face of the past, this time reproduced as a full model, life sized. The Museum and the Inuit community of Arctic Bay collaborated on a reconstruction, based on a skeleton, of a man who lived on Baffin Island eight centuries ago. Replicas of his tool kit are displayed as well. He's been given the name Nuvumiutuq. We'll pick up here tomorrow. 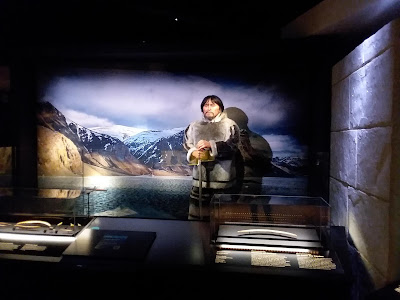 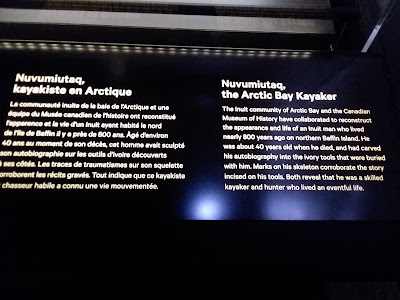