A Fitting Tribute To The Brotherhood

Lebreton Flats features a couple of large monuments. The Canadian Firefighters Memorial is one of them, paying tribute to those firefighters across the country who have given their lives in the line of duty, either directly in a response to a fire or as a result of workplace related diseases. Names etched upon a wall are by province and territory. Designed by architect Douglas Coupland and landscape architect Mary Tremain, it also features the large statue of a firefighter. 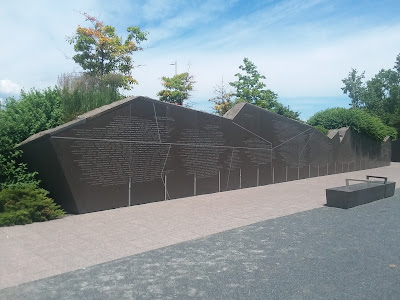 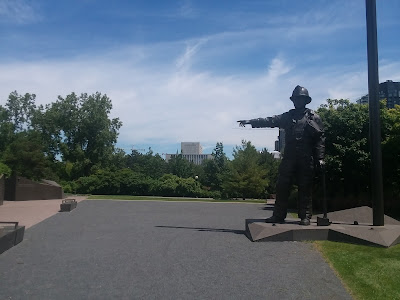 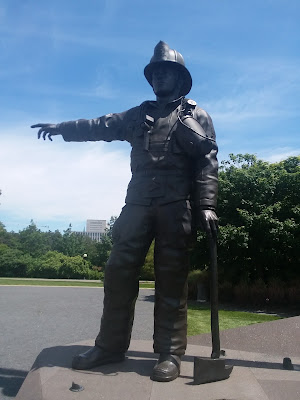 This is the back side of the wall, with plants and trees growing on the slope, specifically chosen by the landscape architect. 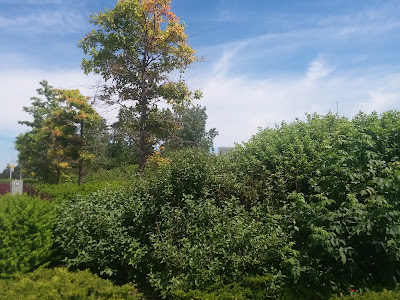 Each September a national service of remembrance is held here. Several years ago I met blogger The Furry Gnome. His son William has his name on the wall; William died in the line of duty as a forest fire pilot during the fight against the Cold Lake forest fire. Each time I come by here I'll stop to pay my respects. 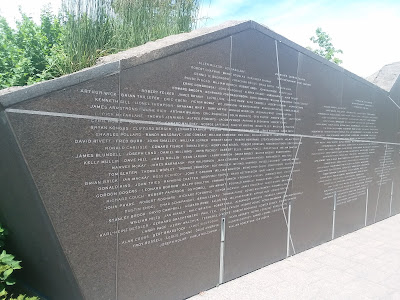 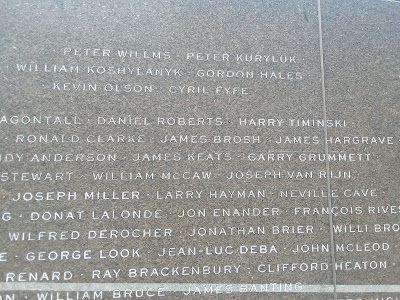 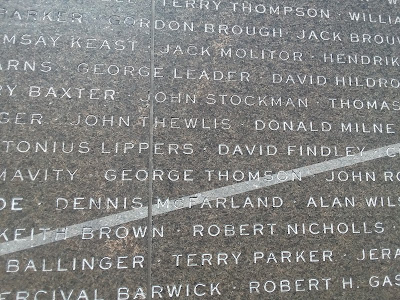 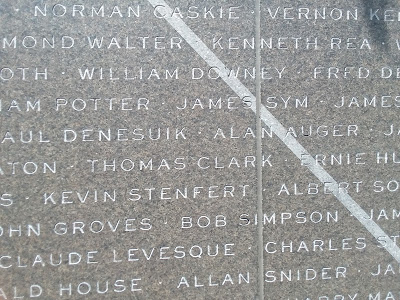 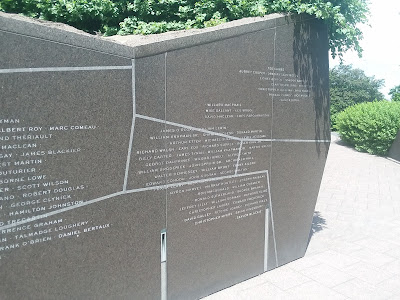 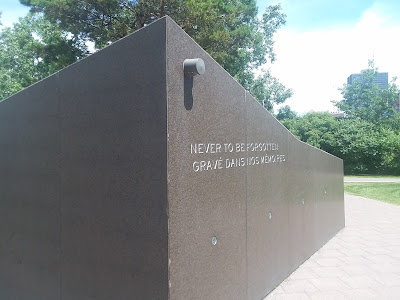 Near one entrance, the Firefighter's Prayer is etched onto a plate. 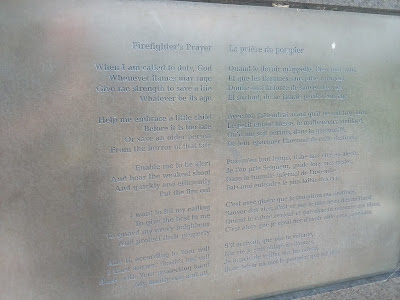 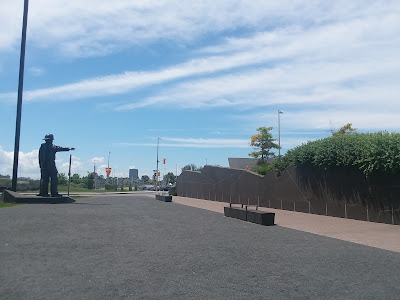 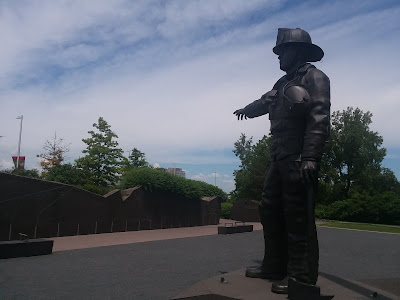