The Flute Player is an 1867 portrait by Antoine Plamondon. 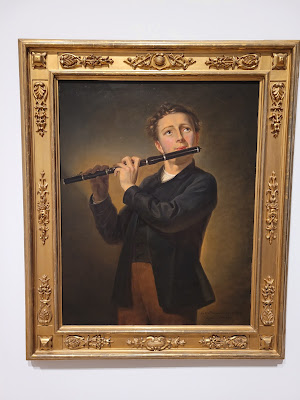 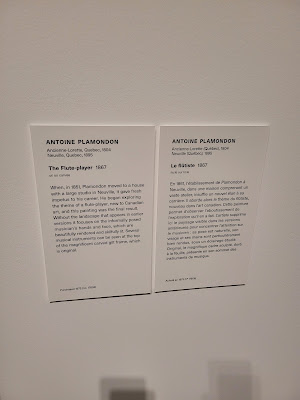 Nearby, a portrait by Joseph Legare, circa 1840. Josephte Ourne is thought to be the daughter of an Indigenous chief. 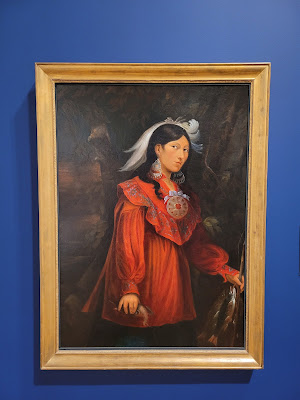 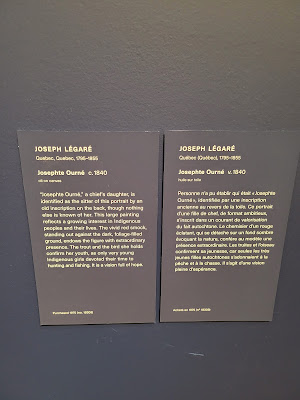 The idea of the salvage paradigm is an early 20th century anthropology idea that it is 'necessary to preserve so called weaker cultures from destruction by the dominant culture.' In the 19th century this was already underway in art- to study and record indigenous cultures before they disappeared. It was in this spirit that Paul Kane went into the Canadian West to paint. This work, circa 1851-56, is titled Fort Garry and St. Boniface, depicting the Red River and what is now Winnipeg, Manitoba. 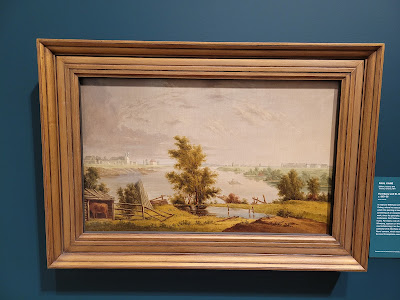 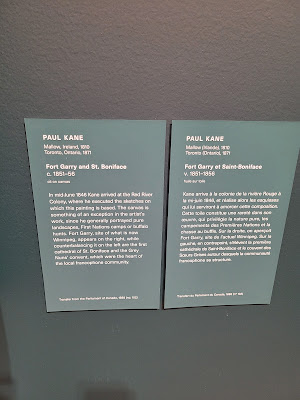 Big Snake, Chief Of The Blackfoot Indians, Recounting His War Exploits To Five Subordinate Chiefs is the title of this Kane painting done in those same years. 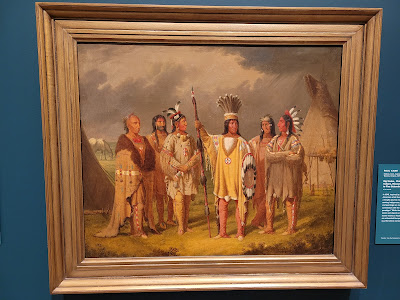 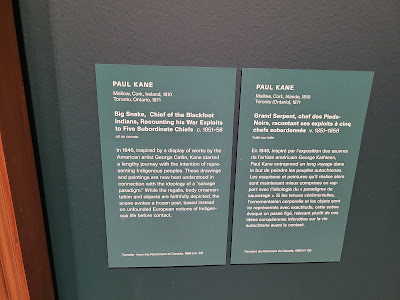 And another Kane painting from those years: White Mud Portage, Winnipeg River. 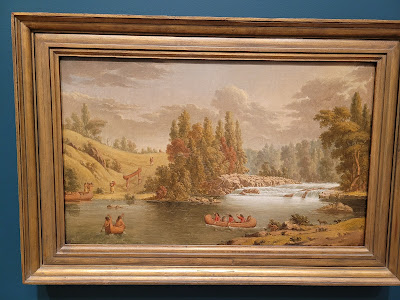 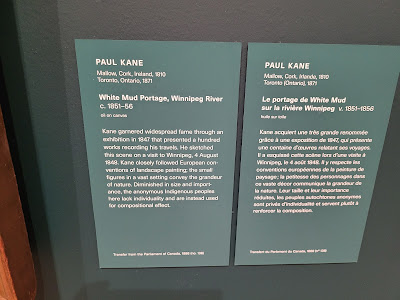 I finish today with two portraits that are side by side. Mrs. John Beverley Robinson is an 1845 portrait by George Berthon that I find enchanting. 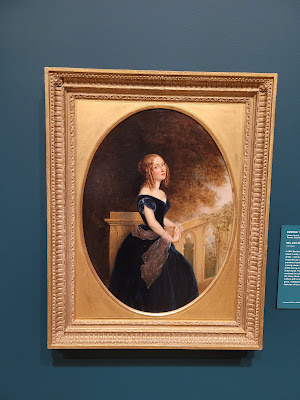 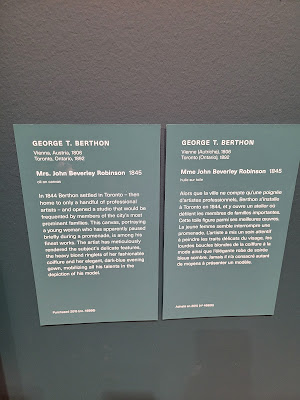 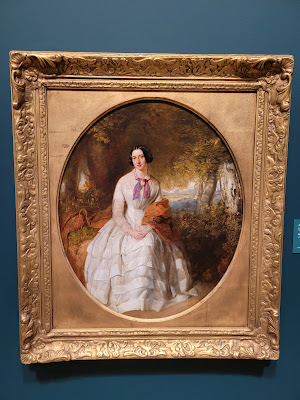